WWE Draft 2020: 5 picks that must happen on SmackDown and RAW 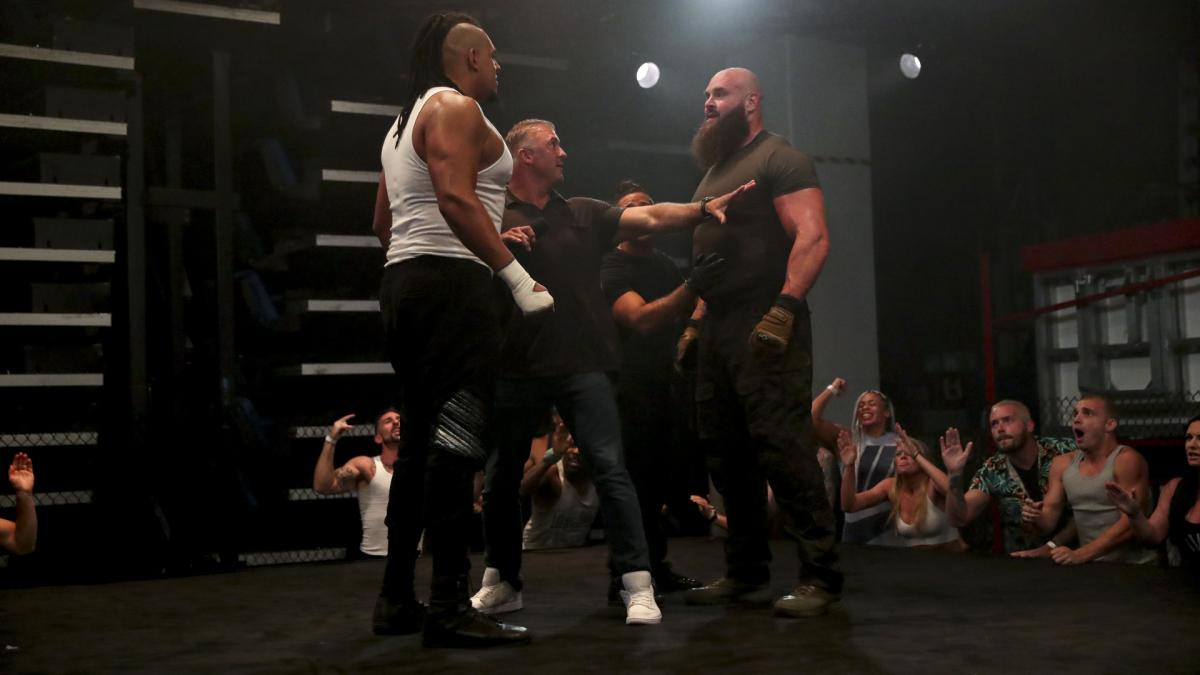 The 2020 WWE Draft is right around the corner and it could change the entire landscape of Vince McMahon’s company.

The Draft will shift superstars from one brand to the other and keep them there until the next year. Some important names are going to be retained as well but overall, if nothing else, the Draft would at least provide some variety to WWE fans.

Some storylines need to end, and some wrestlers need to split. With the upcoming Draft, the company could do these things.

In this article, we will list 5 WWE Draft picks that must happen this year.

Braun Strowman has been performing on RAW Underground for weeks now. Ever since he lost his feud against The Fiend, The Monster Among Men has been wrecking everyone on Monday Nights. Although he is still a SmackDown superstar, we haven’t seen Strowman on the show since the Payback pay-per-view.

Last year, SmackDown picked Strowman and it was probably the best thing that happened to him. He won the Intercontinental Championship first and then also went on to defeat Goldberg for the Universal Championship at the WrestleMania.

Now that Strowman is performing on RAW Underground almost exclusively, it would be wise to draft him to the show. He’s a heel now and could provide us with an interesting feud with Drew McIntyre for the WWE Championship.

Surprisingly, Rhea Ripley is still isn’t on the main roster. She performed amazingly well against Charlotte Flair at WrestleMania 36, and WWE should’ve immediately made called her up to the main roster. But they didn’t.

Rhea Ripley doesn’t have anything left to achieve in NXT. She’s already a former women’s champion. A move to the main roster means that Ripley will be able to showcase her skills to new viewers, do better promos, and more importantly, dominate the women’s division.

In Becky Lynch’s absence, Ripley could also temporarily replace her. While some fans also expect Sasha

WWE has been hinting Murphy to split from Seth Rollins on Monday Night RAW. The Monday Night Messiah and Drew McIntyre are the biggest stars of RAW, and how could WWE even dare move Rollins to SmackDown? This is why they must move Murphy to SmackDown.

He’s journeying towards a face turn, and it would be unwise of WWE to keep Murphy on RAW, where he will be left in the dirt. SmackDown needs some new faces, and drafting Murphy to the show will be a great decision.

Angel Garza and Andrade work as a tag team on RAW. However, it’s clear that both wrestlers just aren’t compatible with each other. Zelina Vega has already left as the team’s manager and is now focusing on building her career as a singles superstars.

While Garza and Andrade can perform together, it would be better if they don’t. WWE needs to split the duo, and move Garza to SmackDown could be a great move.

The former NXT superstar has proved his worth, and we know that he has the potential to provide high profile matches. On Friday Nights, he can feud with wrestlers such as Roman Reigns, AJ Styles, and more.

Sasha Banks has already challenged Bayley for the SmackDown Women’s Championship. Both are going to slug it out on the next SmackDown, and we know that if Banks is going to RAW, she will lose.

She has recently lost her RAW Women’s Title, thanks to Bayley. And she will most likely want to have it back.

WWE Draft could see Banks losing against Bayley and then jumping ships from SmackDown to RAW. Asuka is the current champion, and she and Banks could still provide more intense matches to the fans.