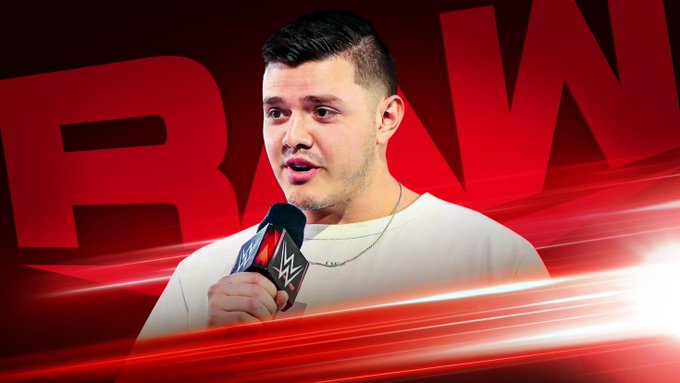 The Monday Night Messiah defeated Rey Mysterio at Extreme Rules and declared that nobody in WWE can disobey him. Though it seems like Mysterio’s son, Dominik, has some words for Seth Rollins as the latter will be making an appearance on RAW this week to confront the former Universal Champion.

Last week, Aleister Black stepped up to confront Rollins but was shut down with a defeat. Will Dominik be the man who challenges Rollins for what he did to his father? Will Rollins get a taste of his own medicine? These are some questions that will be on every WWE fans’ mind right now.

We are less than 24 hours away from RAW and it’ll be interesting to see if WWE is planning a Seth Rollins vs Dominik feud for SummerSlam or not. Here’s the statement WWE released regarding this segment:

After a grotesque victory over Rey Mysterio, Seth Rollins declared that no one was left to “stand in the way of the greater good.” But there’s one more man willing to defy The Monday Night Messiah.

The Black Hand of Raw defeated Rey Mysterio at The Horror Show at WWE Extreme Rules, extracting his eye in the disturbing, first-ever Eye for an Eye Match. The next night, Rollins said Raw was now “free to fulfill its potential,” and he drew the ire of Aleister Black after blaming the WWE Universe and Rey Mysterio himself for Rollins’ actions.

But Black, too, suffered the wrath of Rollins and Murphy, who targeted his arm in a vicious attack after their one-on-one match.

With The Monday Night Messiah having taken out his father, Dominik is sure to be less than cordial. But can he avoid a similar fate?

Edge Vs Orton at WrestleMania 37?
Chris Jericho discusses the possibility of returning to WWE