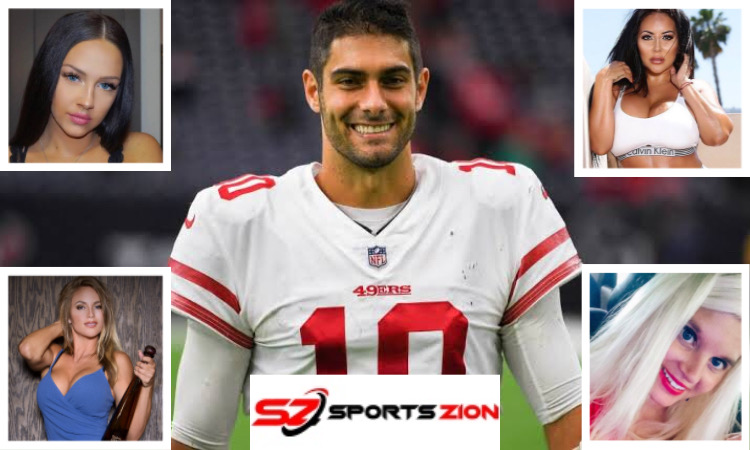 San Francisco 49ers star quarterback Jimmy Garoppolo is one of the most handsome NFL players in current time. For the last couple of years, he has been on the headlines due to his on-field and off-field performances. Former Tom Brady’s backup Garoppolo joined the 49ers in 2017, and since then, he has appeared on the news for multiple reasons. Among the reasons, the rumor on “Jimmy Garoppolo girlfriend” was one of the prime motives.

As much as Jimmy is exposed in professional life, he is quite the opposite in the personal life. That is why news and media have a huge interest in Garoppolo’s love life, as he always tends to avoid bringing out his relationships in public. So, we have tried to dig out Jimmy Garoppolo’s relationship status to provide an insight into his love life to the fans.

However, Jimmy G is claimed to be single right now, but it is rumored that he had several girlfriends from his College to NFL life.

It is confirmed that the 29-year-old quarterback does not have any girlfriend right now. So far, we have found four women who were involved with Garoppolo. Among the four, the Boston model Alexandra King was official. Let’s take a glance at Garoppolo’s girlfriends before jumping into the details. 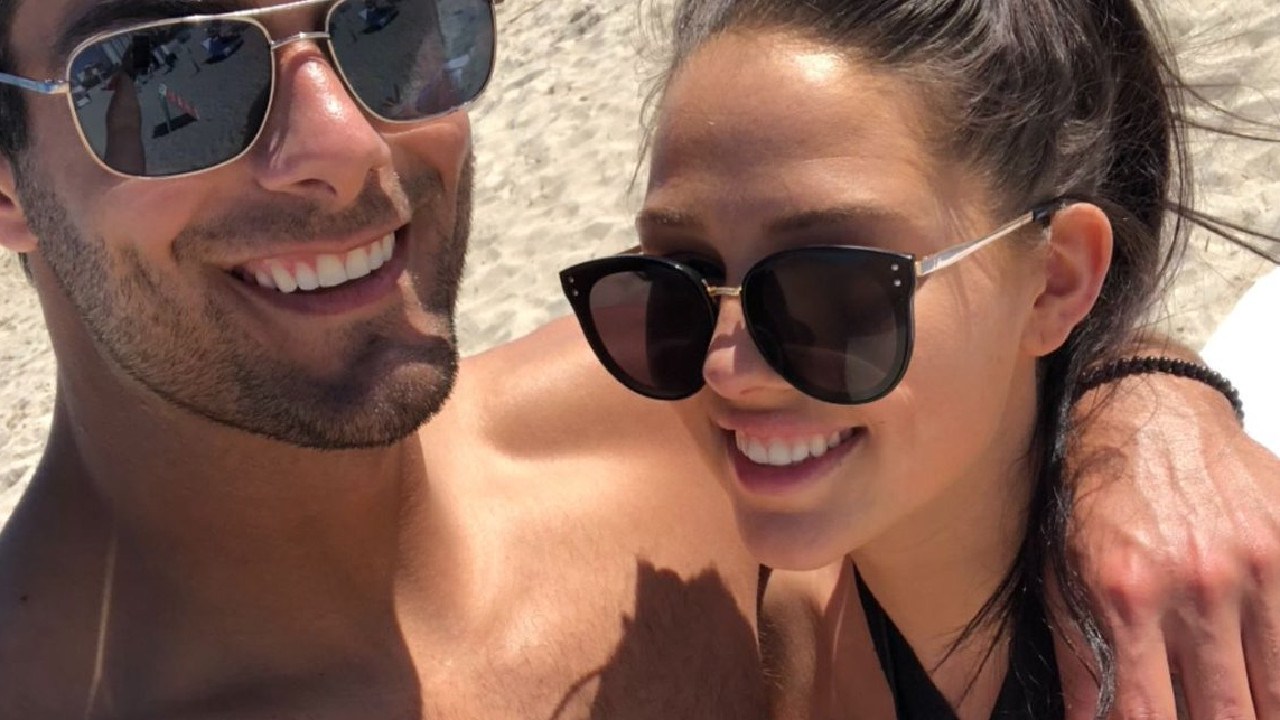 Alexandra Rose King is known as an Instagram model and social media influencer who works with the lifestyle-related industry. She is often seen posting images in the latest fashion trends and showcasing expensive lifestyles. However, Alexandra came to the limelight after she made it public that she was dating the 49ers star. Surprisingly, Garoppolo never acknowledged his relationship with the model.

After the ESPY Awards in July 2018, Jimmy G was seen on a dinner date with porn star Kiara Mia in Los Angeles. Further, they left the restaurant holding each other’s hands. After that, a rumor was circulated that both of them were darting. But Garoppolo denied the allegation and said it was a lesson for him about the public eye. “My life, off the field — I’ve never really been big on being very public with things on social media. I’m not on there a ton. But my life’s looked at differently. I’m under a microscope. It’s a good learning experience,” Jimmy conveyed. 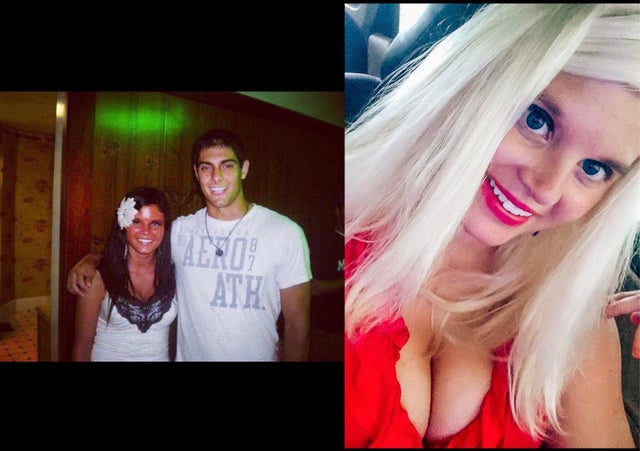 Nicole and Garoppolo were college sweethearts, and they were in a pretty serious relationship while studying at Eastern Illinois University. However, Jimmy ditched her when he got drafted for the New England Patriots in 2014. 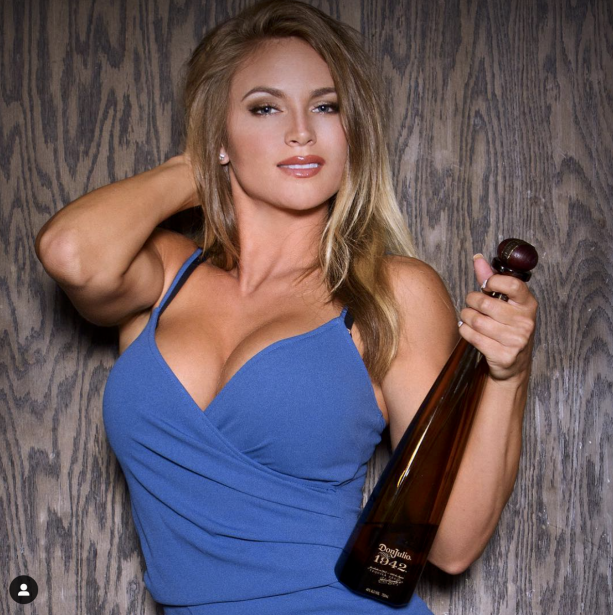 Garoppolo’s ex-girlfriend Alexandra King was born in Boston, Massachusetts, on May 27, 1995. Both her parents Martin King and Stacey King, live in Boston. Alexandra has two siblings, Timothy King, and Trevor King. However, she is the youngest one amongst the siblings, Trevor is two years older, and Timothy is four years older than her. The 25-year-old model was raised in Boston with her two brothers.

Although Alexandra’s high school education has not been mentioned anywhere, she was admitted to the University of Massachusetts after completing her high school. Later, she went to Massachusetts College of Art and Design to earn her degree in performing arts. 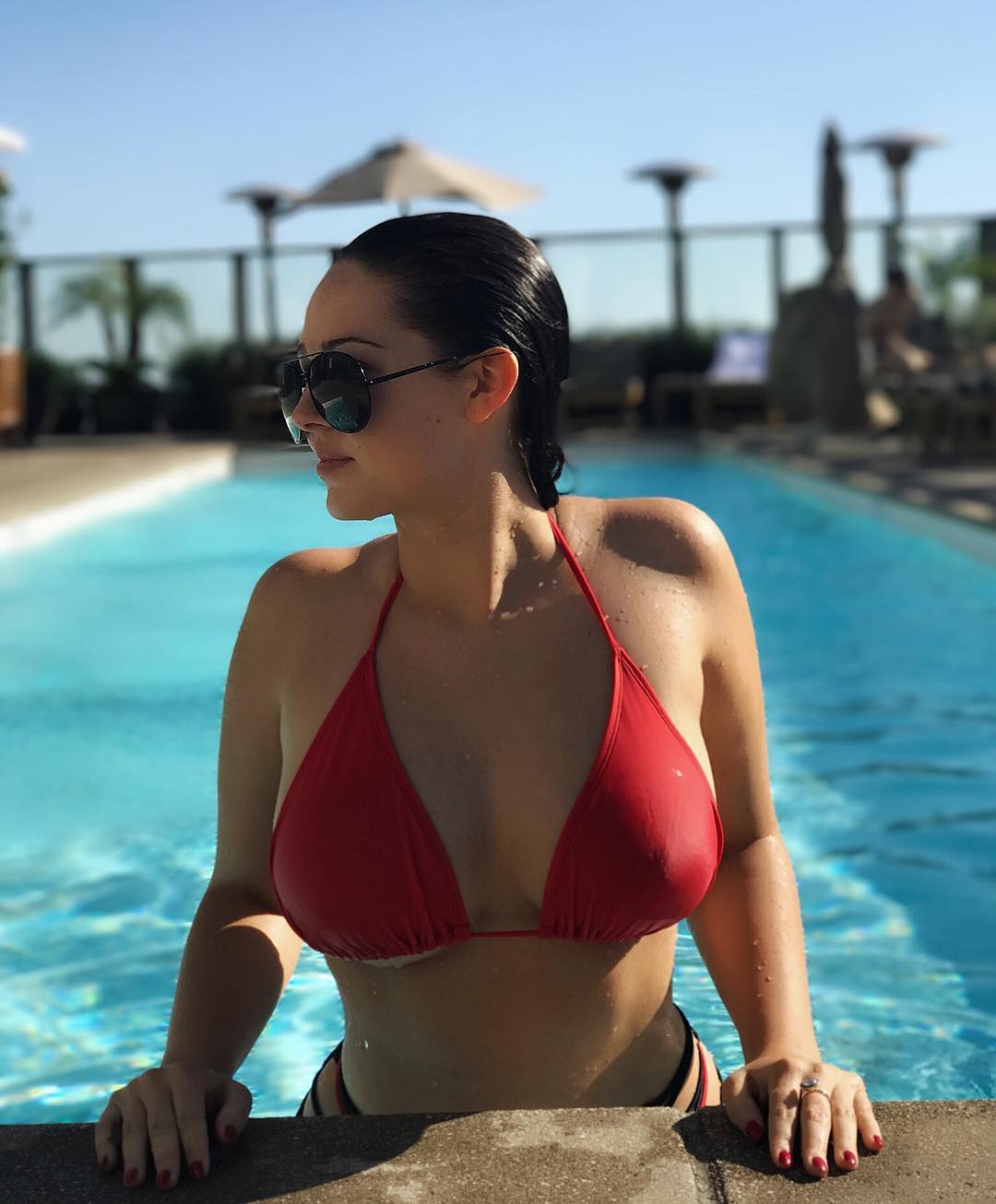 Alexandra is blessed with a stunning look and a well-structured body to build a career in modeling. However, she struggled to reach out to the top brands, but she has been trying to grab the attention of the brands. After her graduation in Art and Design, she stepped into the modeling career.

Nevertheless, the 25-year-old young model is growing slowly, and her Instagram profile proves that. She has tons of followers on Instagram. However, she made everything private in her Insta account. Even though she could not get a hold of the famous brands, but grabbed quite a lot of fans on her social media by showing her fashion trends and lifestyles. 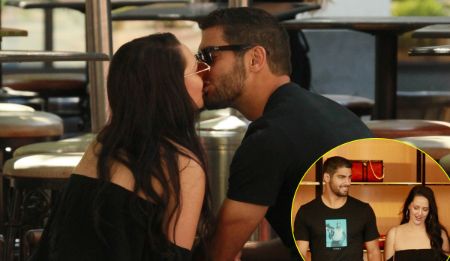 While it is unclear about their first meeting, the rumors suggested that the pair started dating before the quarterback joined with the 49ers. Garoppolo signed a five-year deal for $137.5 million with 49ers in 2017. This was a historic deal for Garoppolo’s NFL career. With Jimmy’s record-breaking NFL deal’s headline, he also came to the limelight due to his relationship with Alexandra. Despite enough pictorial evidence, both Garoppolo and Alexandra denied their relationship.

But the relationship status became evident when the model posted a photo on Instagram with Garoppolo on Valentines’ Day, captioned him her ‘valentine.’ After that, the couple was spotted holding hands, kissing each other, and traveling together. Furthermore, some photos also suggested that the pair had been on vacation to Disneyland.

However, Jimmy GQ insisted that they were in a casual friendship, and he denied all the allegations. Later he had a hard time concealing the accusation from fans’ minds. Jimmy never posted any coupe photo or any announcement regarding his relationship with the model.

Their alleged relationship continued happily until mid-2018, when the NFL star was spotted with the adult film actress Kiara Mia. This put a definite end to all the speculations on Jimmy Garoppolo Alexandra King’s relationship.

Later, King removed all her photos with the football star from her Instagram account. The exact reason behind their breakup is unknown; however, the subsequent developments suggested that they may not have parted through a pleasant note.

In 2018, Jimmy Garoppolo faced an injury and suffered a torn ACL, which eventually finished his 2018 NFL season. While the injury was a piece of shocking news for the 49ers, Garoppolo ex celebrated it with an Instagram story. Right after the quarterback’s injury, she wrote, “Karma.” This clearly indicates that Alexandra was happy with her ex’s injury.

Alexandra’s relationship announcement with Garoppolo boosted her net worth slightly. She signed up for some endorsement deals from different brands after February 2018. As a result, she bagged some solid cash and added value to the portfolio. Alexandra King’s net worth was calculated as $250 thousand as of 2020.

Other benefits Alexandra has achieved 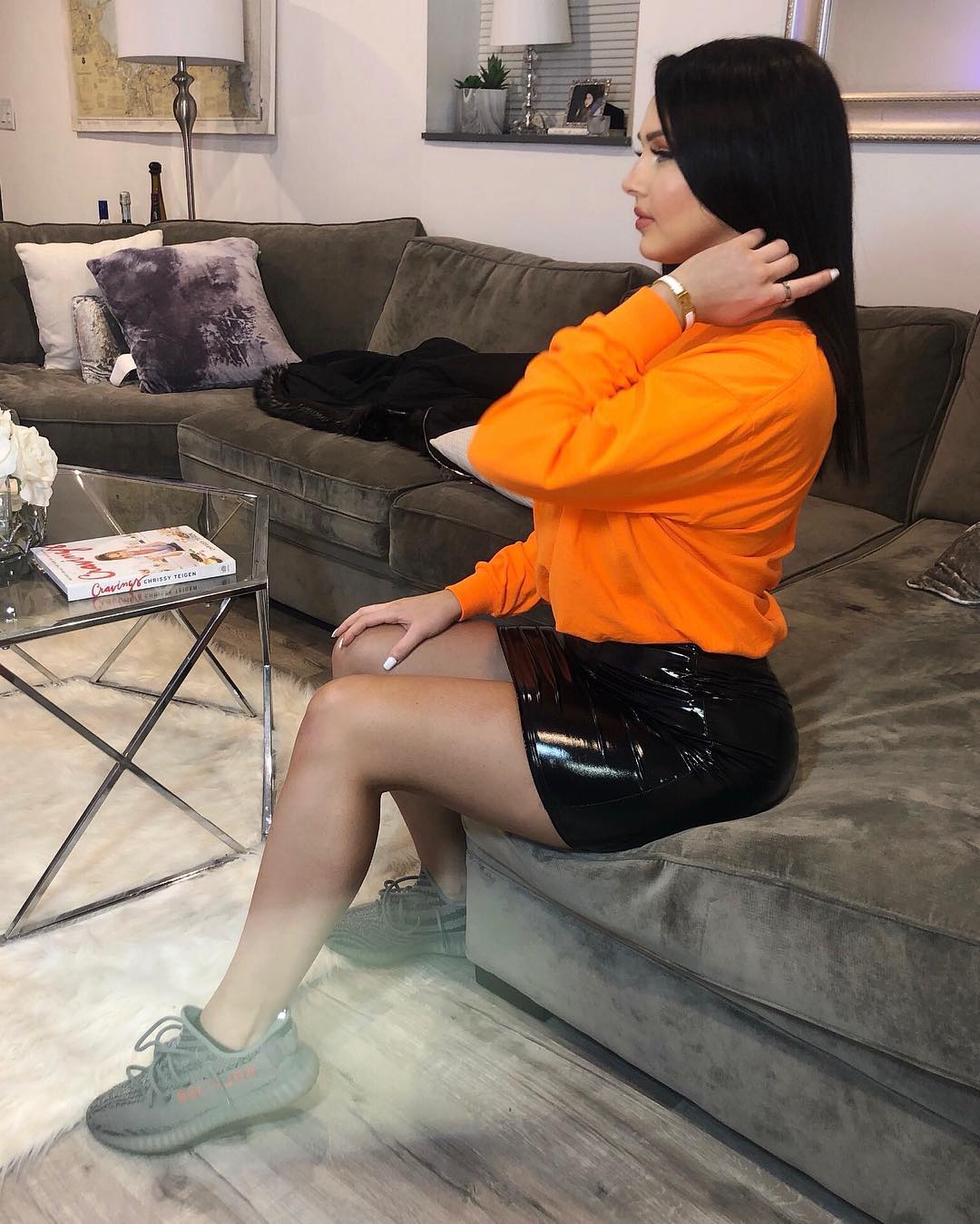 Alexandra has struggled to get enough buzz in his modeling career. After having a relationship with the NFL star, the Instagram model’s followers increased dramatically. Besides, she got some videos on her YouTube videos too. The Instagram influencer used to upload videos on makeup tutorials and vlogs. Most importantly, she got the attention she wanted. Eventually, the relationship and breakup situation accelerated her career.

Is Alexandra King Dating someone after she broke up with Garoppolo?

The 25-year-old Instagram model usually exposes everything to the fans. Therefore, everyone would know if she becomes mingle again. So, the straightforward answer is no. She is currently single. Even if she is into any relationship, Alexandra is yet to share it with the media.

Jimmy Garoppolo girlfriend Kiara Mia: How were they spotted? 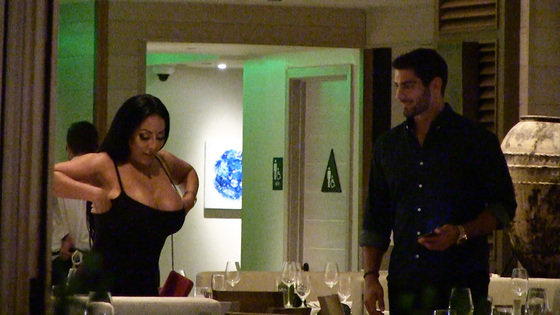 Garoppolo was seen taking dinner with Kiara Mia, and they were found slightly intimate while leaving the restaurant. After the dinner, the two left the restaurant in the same car, and later Mia posted a photo in her Instagram referenced ‘date night.’ She also pinned shared her location as The Four Season’s Hotel Beverly Hills. So, it is evident that the couple spent an enjoyable one-night stand. 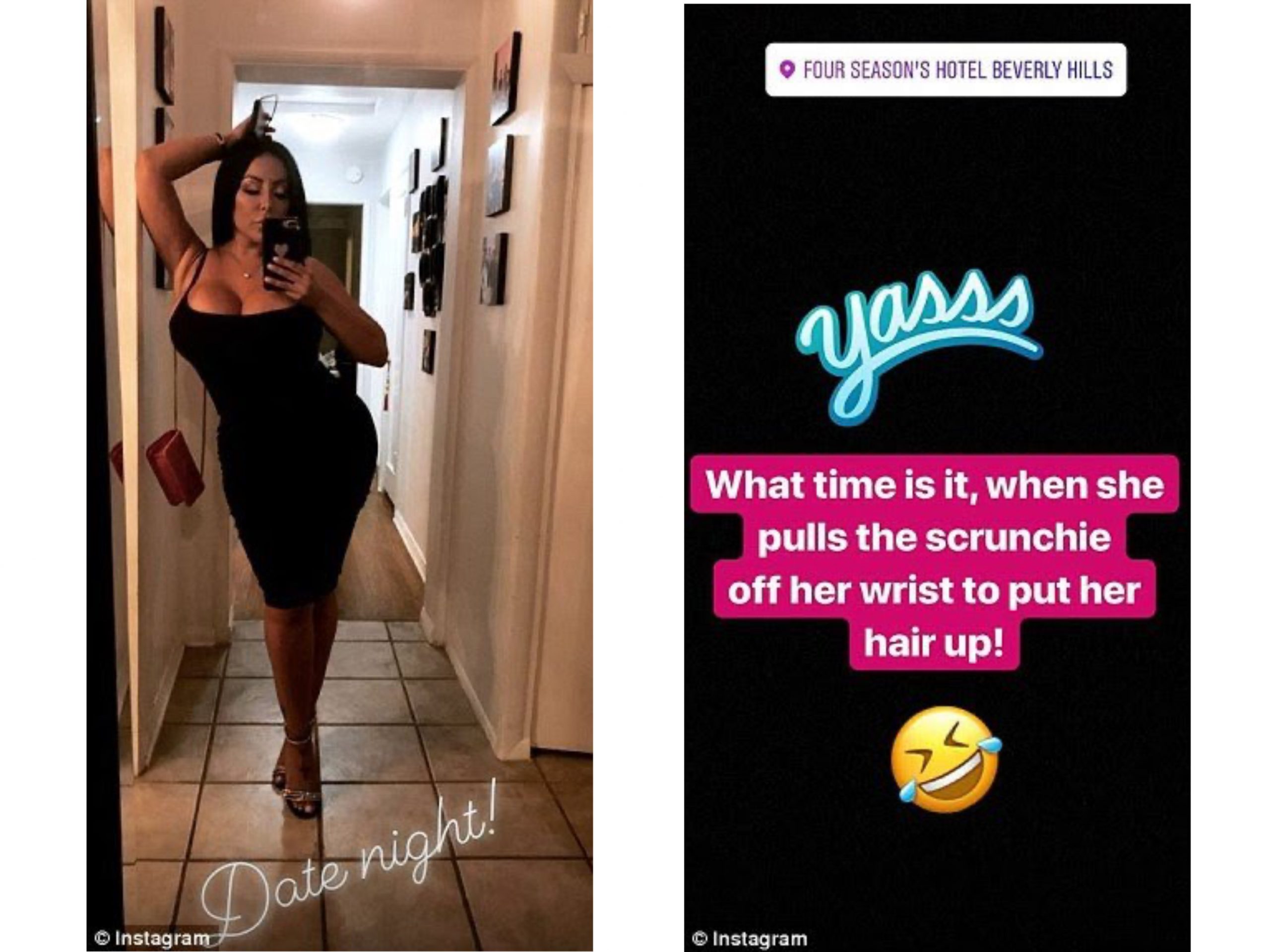 After that, a rumor circulated that the adult film star was dating Jimmy. However, none of the media could provide favorable evidence to support their relationship.

Kiara Mia, the adult film star, was born on May 20, 1976, in Los Angeles, California. Her parents hold the Latin and Mexican ethnicity. However, Mia is reserved about exposing her personal life to the media. She never shared any of her information regarding her early life and education. 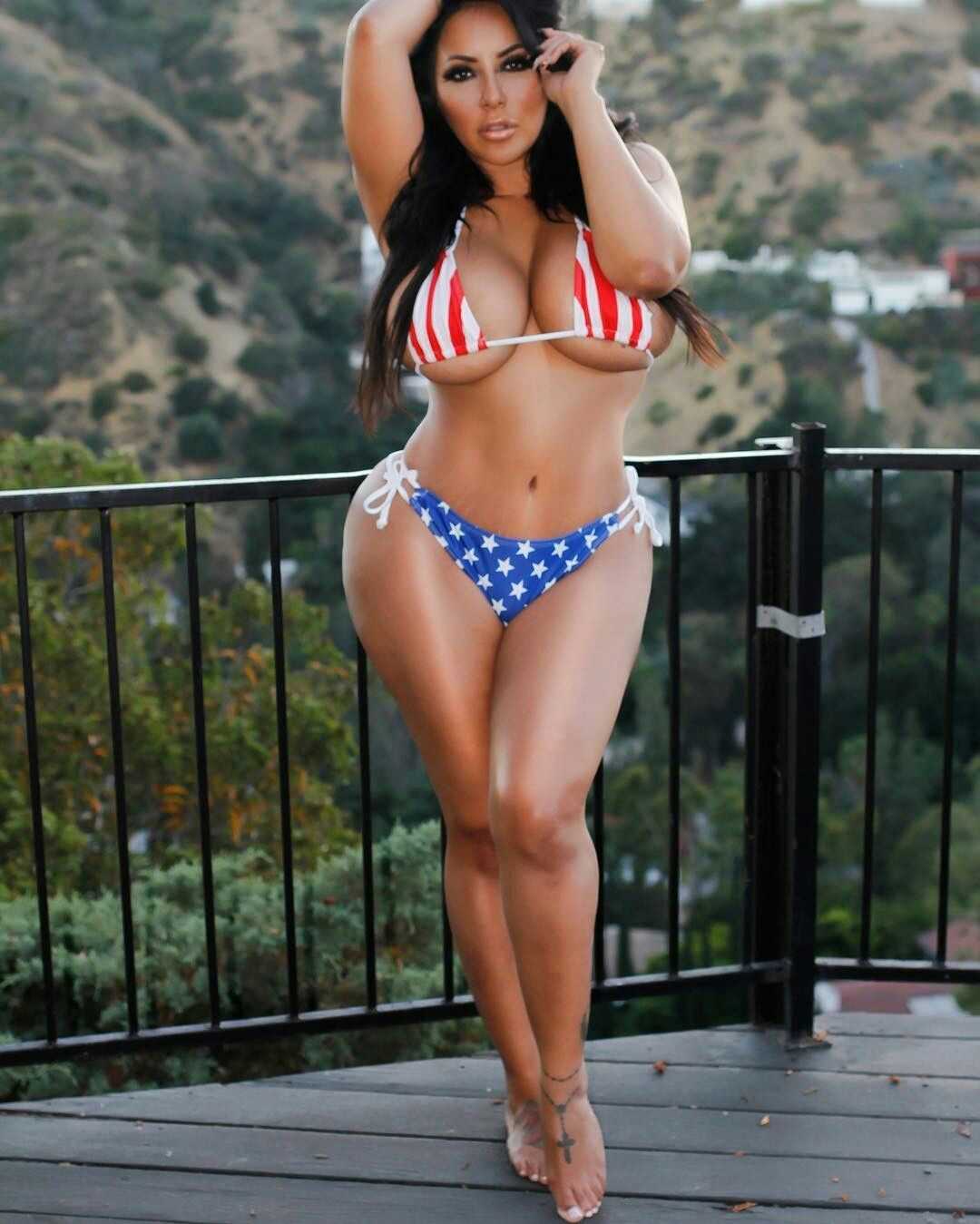 Mia maintains an attractive figure from her teenage, which helped her step into the adult film industry at 34. She is healthy, and her body measures 35-26-36 respectively her chest, waist, and hips. Kiara stands at 5 feet 4 inches, and she weighs approximately 64 kg. She got a pair of brown-colored eyes. Her hair is black, just like another beautiful Mexican. 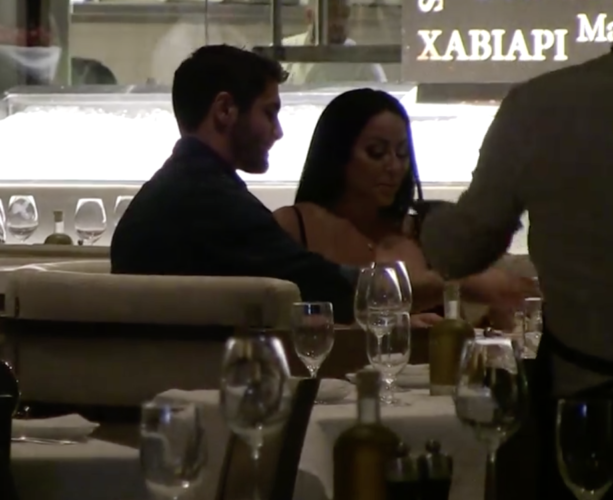 Kiara Mia has never shared her relationship status with the media. There her love life and the personal life are a mystery to all. However, Mia was exposed once when she dated NFL star Jimmy for a while. That was the only time she got spotted with someone out of her industry.

Mia is highly active on social media. After all, social media are her other source of income. As of now, Mia has an account on Twitter, Instagram, and Facebook. Among the three social media presence, Mia has the most followers on Twitter, and she 432.4K Followers. 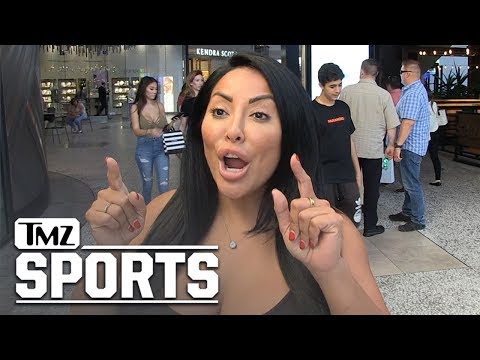 Who is Jimmy Garoppolo’s current girlfriend?

Jimmy keeps his love life secret. Even though he got spotted several times with his dates, he denied having any girlfriend ever. After Garoppolo’s breakup with Alexandra, he has never seen anyone else yet. So, based on the information available in the public domain, Jimmy Garoppolo is single now.

Jimmy Garoppolo’s career at a glance in NFL

Jimmy entered the NFL in 2014 with the New England Patriots as a backup for Tom Brady. Later he appeared in Super Bowl 2014 and 2016 and played as Tom Brady’s backup. However, Jimmy G was included in the starting roster in 2016.

In 2017, the Patriots quarterback backup joined the San Francisco 49ers via a record amount of deal. In his first season with the 49ers, Garoppolo had 292 yards which was an impressive performance for a new player.