Breaking: Nate Diaz is eager to square up against ‘The Rock’ 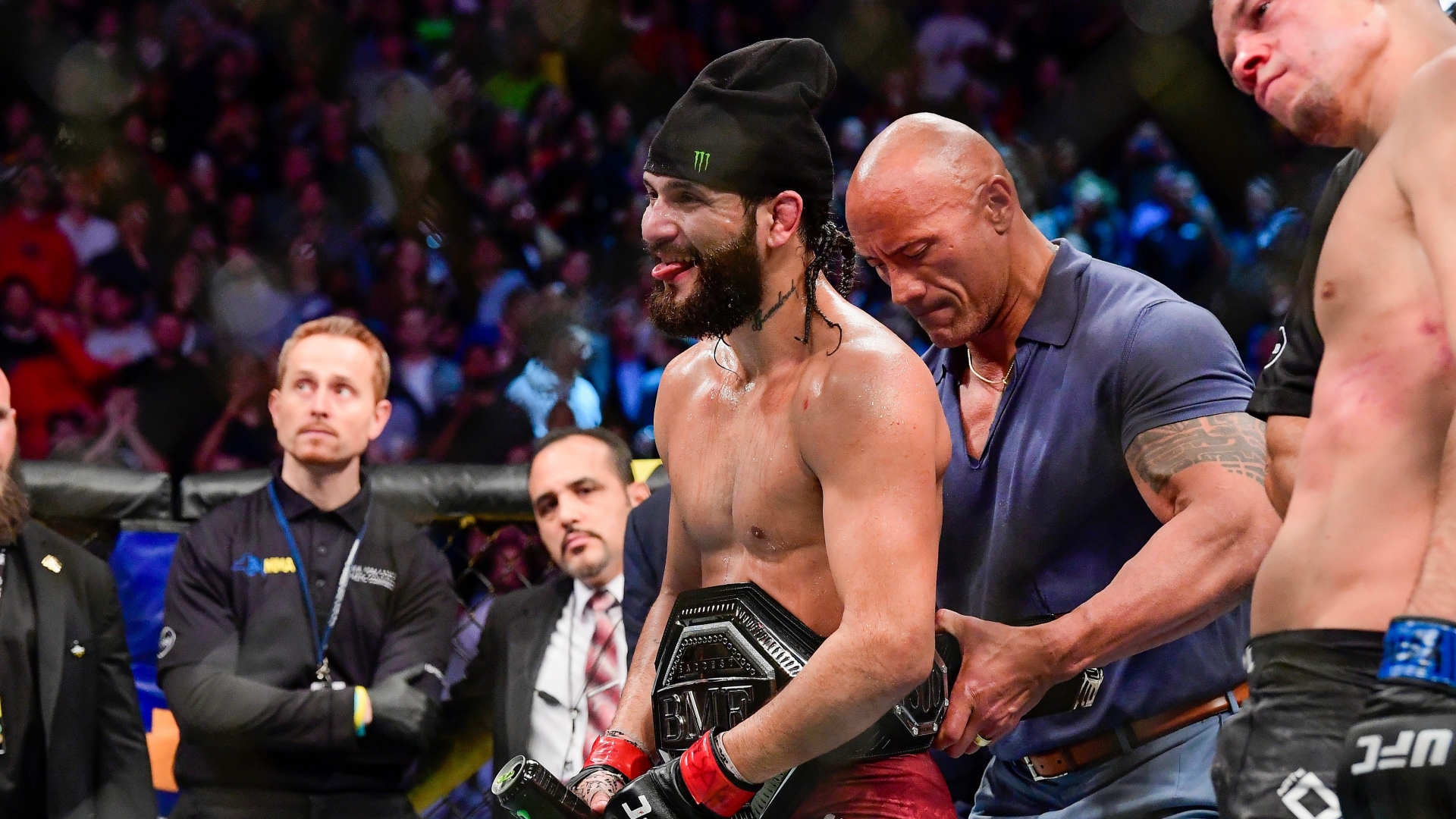 Nate Diaz is one of the most decorated athletes in combat sports to ever step foot in an Octagon. After a long time fighting in the UFC ring, Nate is now about to retire. But, he expressed a wish to fight ‘The Rock’.

The Rock, on the other hand, is the most electrifying man in all of sports entertainment. He has since left WWE and is now making his presence felt not only in Hollywood but also in several different sports industries, including the UFC, NFL, and NBA, to name a few.

Now, WWE superstars do visit UFC and UFC fighters do visit WWE and its nothing new. May be, we might have the opportunity to witness another inter sports fight in combat sports. The Rock Vs Nate Diaz.

UFC icon Nate Diaz has lately become a free agent after seeing out the final fight of his UFC contract. In a recent tweet, Diaz hinted towards going into retirement with the addition of a little twist.

The MMA fighter has insisted that there can only be one exception for him to get back into the octagon. But what is the one exception, other than the UFC ring, that Diaz is talking about?

Diaz calls out the people’s champ, Dwayne ‘The Rock’ Johnson, to a fight. His tweet reads- “Im only going to fight the rock otherwise I’m good.”

Im only going to fight the rock
Otherwise I’m goood

Diaz’s animosity towards Dwayne isn’t an unknown phenomenon to the fans, since this is not the first time he has publicly confronted the rock.

The root of their beef can be traced back to UFC 244 in 2019, where Diaz fought against Jorge Masvidal for the title of BMF. Dwayne was on Masvidal’s side, and he was the one to wrap the belt around the inaugural winner’s waist. Diaz definitely did not take the defeat well, and it showed.

In the post-fight press conference, Diaz immediately vented out his rage, saying, “F**k The Rock too man, that motherf**ker over here playing me.”

He added, “The Rock’s cool, I like Ballers, but he picked the wrong side so he can get his ass whooped too. With all due respect, he can get it too. ” Although the rock discarded the issue with a rather cool-headed response-“I wasn’t surprised at Nate’s comments because that’s the Nate we all know and love.”

The MMA royalty Nate Diaz seems to be still holding grudges, even ahead of his final fight with the promotion at UFC 279. Aiming at Rock’s shoe deal with the UFC, Nate said, “These shoes f**king suck,” as he took them off before the camera.

Dwayne, however, has not yet responded to Nate’s latest confrontation. But if a match was to be held between these two, fans would definitely pay to watch them fight. The lifelong mixed martial artist Nate Diaz up against The Rock with a 52.9% win ratio wouldn’t be much of an ill-match.

Nate Diaz vs The Rock could be far from reality and stay tuned with SportsZion to learn how things start to roll up in this regard.

Floyd Mayweather vs Conor McGregor: a ray of hope for a rematch, but the UFC star turned down the boxing champ’s offer on IG
latest on UFC 282 fight card: Joaquin Buckley vs Chris Curtis set for the event