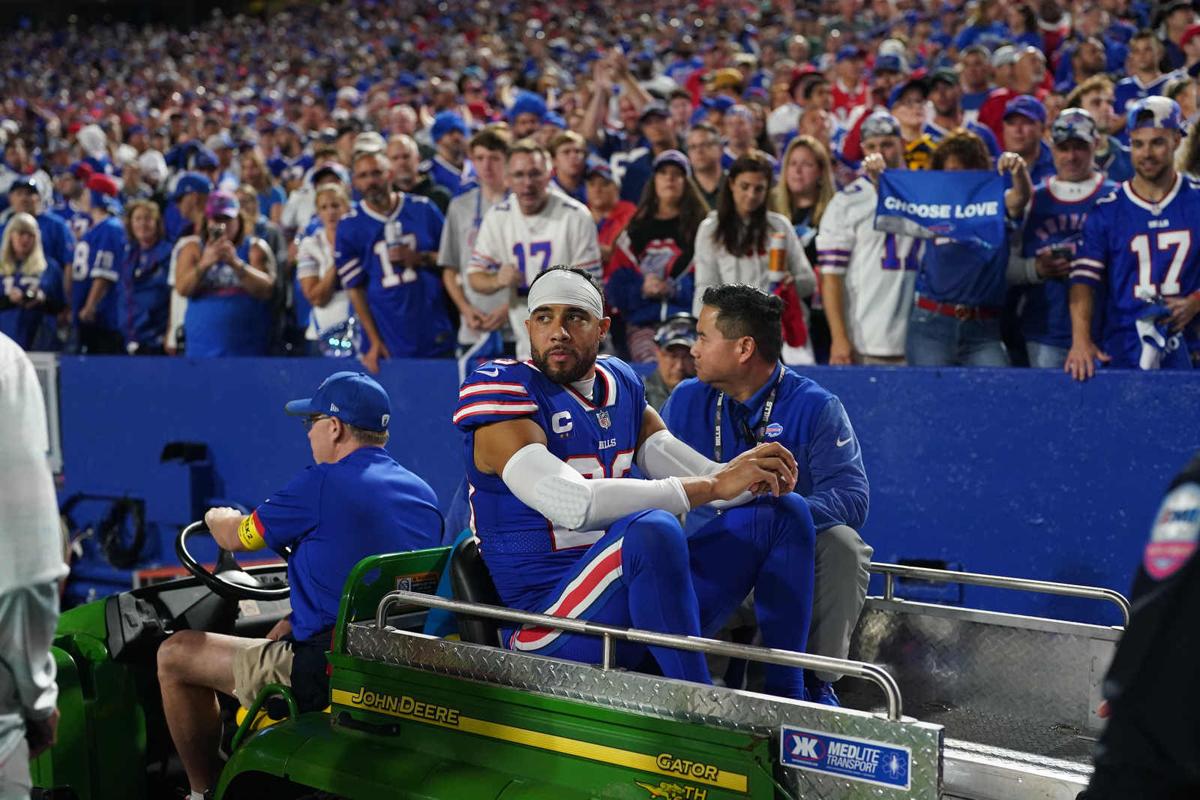 Micah Hyde, the Buffalo Bills’ safety, sustained a severe injury during the Bills’ vs. Titans match on September 19th. His neck, along with his dreams of becoming the MVP of this season, was shattered. The injury was so painful that he had to be carted off the field during the match. Hyde was suffering from excruciating pain in his neck area and needed to be examined right away by the teams’ physiotherapists.

His agent, Jack Bechta officially confirmed that he had been placed on injured reserve. “Unfortunately client Micah Hyde will be put on IR today due to his recent neck injury. Fortunately, we expect a healthy return for #23 in 2023,” Bechta tweeted.

Unfortunately client Micah Hyde will be put on IR today due to his recent neck injury. Fortunately, we expect a healthy return for #23 in 2023 #BillsMafia #NFL

On Saturday, Hyde was formally placed on injured reserve. Although he missed all of the practices this week, he did briefly enter the locker room. “Thank you so much for the love and support you’ve shown me and my family. It is truly unreal,” Hyde tweeted. “Bills Mafia, we love you! #23in23”

This is not the first neck injury Hyde has experienced in his professional career. He previously sustained a neck injury while playing for the Green Bay Packers in a preseason game in 2015.

Who Will Replace Micah Hyde?

The Bills’ defense will face a brand-new challenge as a result of Hyde’s absence. Over the span of his five seasons with the franchise, the 10-year veteran has only missed two games. Although the Bills have enough capable firepower on their roster to replace him, no one is as good as Micah. He will probably be replaced by Jaquan Johnson beginning with Sunday’s AFC East matchup against the Miami Dolphins.

At the end of the day, the NFL is an aggressive sport and no safety in the industry can save himself from the horrors of the sport. Micah Hyde is the perfect example!