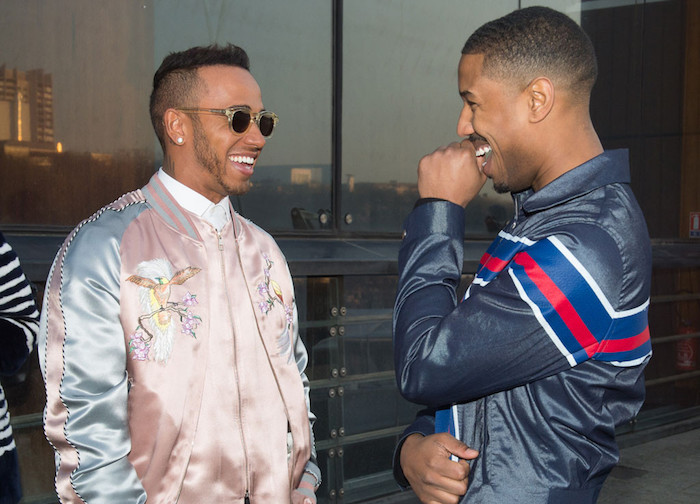 Consider any athlete of this magnitude, in any sport, and Michael Jordan tops the list, making any other athlete of his demeanor look pale in comparison. Lewis Hamilton, on the other hand, dominates the track in F1 like no one ever did.

Legends do sometimes surpass the boundaries of sport itself. Roger Federer, Ser Don Bradman, Tiger Woods, Pele are some names that transcends and defines the sport. Lewis Hamilton, Michael Jordan are no exception as well.

Despite this, Hamilton recently disclosed the relationship that included Jordan, which is both fascinating and worth pursuing. When the wealthy athlete visited the Mercedes garage in Brackley, the top driver directly compared the NBA icon to his father just to make him feel how important he was to him.

The Miami Grand Prix, which took place in Miami back in May 2022, was a prestigious event that was attended by a multitude of well-known superstars. The event was blessed by the appearance of a number of celebrities, including Tom Brady, Serena Williams, Michael Jordan, and David Beckham, to name just a few.

Earlier this season, when Formula 1 was in the United States, Jordan went to visit the Mercedes team, where Michael Jordan posed for a shot with Anthony Hamilton, the veteran Silver Hawks player’s dad. A photograph was taken by Lewis and shared on his Instagram story with the caption “Two of my heroes.”

This illustrates how high the NBA legend is regarded in other sports is that, as a legend, Jordan transcends the boundary of just the NBA and all the other sports out there.

Lewis, along with his father, considers Michael Jordan a hero, who has pulled a dig at another NBA superstar, LeBron James, in a comment that he made saying My Next Guest Needs No Introduction with David Letterman, streamed on Netflix

Even though Lewis Hamilton has a significant amount of admiration for Jordan, he did not attempt to denounce James and his prowess with his statements when he said, “I really wish that you could all feel what I feel in a Formula 1 car. We can all go and try and be LeBron James and get a swoosh. But you can’t go and get in a Formula 1 car and feel the forces that I… There’s no way of even… You’ve just gotta imagine it. ” Lewis Hamilton, who cites Michael Jordan as his primary admiration, made a pretty remark about another NBA great.

Later, Hamilton posted another picture with LeBron James with the caption “King of kings.”