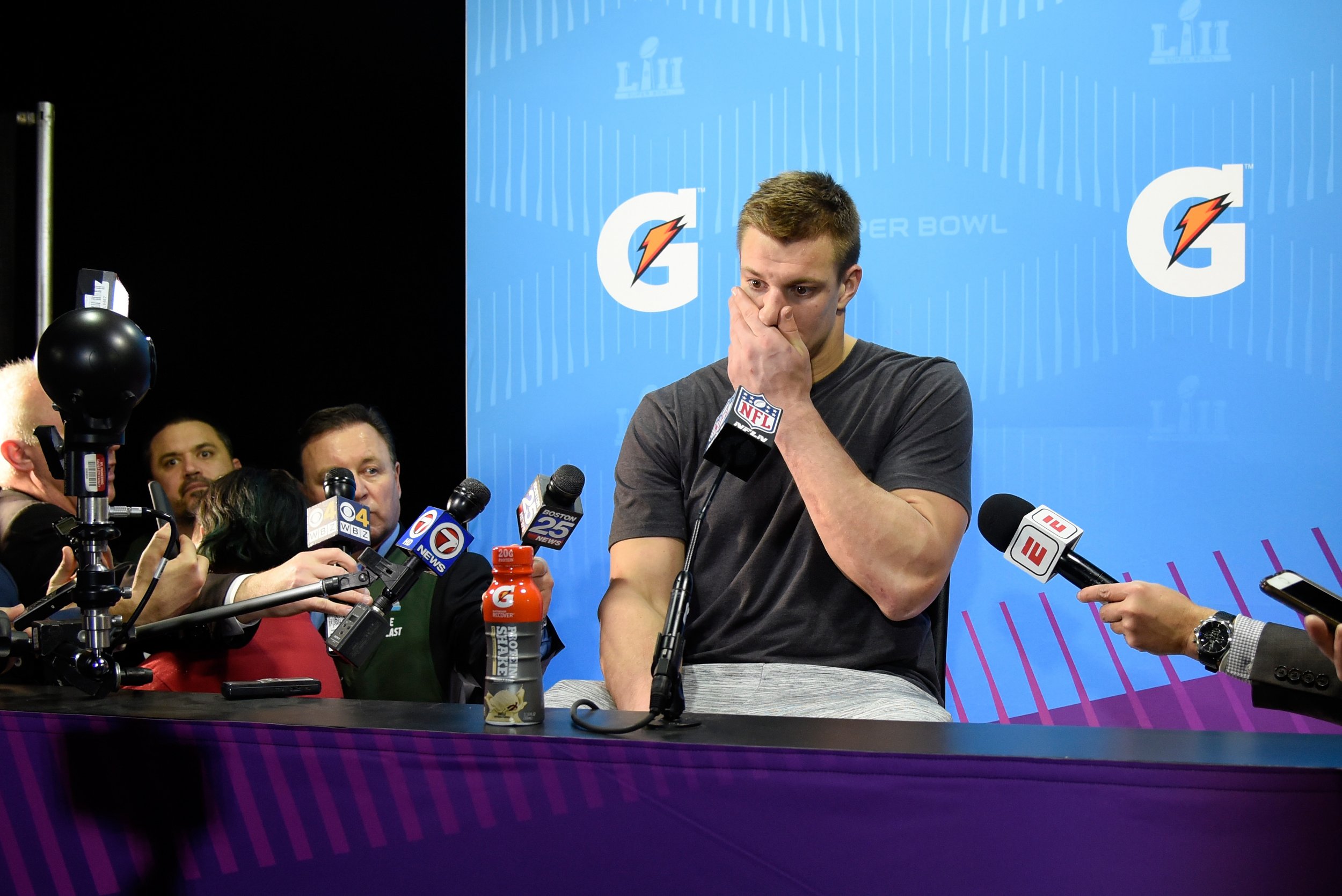 Tampa Bay Buccaneers star tight end Rob Gronkowski has sent out an emotional message to his childhood home, The City of Buffalo, New York. The city was left in shock after a shooter who had racist motives against African Americans, killed 10 people and injured 3 others in a supermarket. This has left the city in a petrified state.

Rob Gronkowski grew up near Buffalo, NY. He also attended high school near the supermarket where the shooting took place. Rob was naturally upset seeing such a horrible incident take place in the town where he grew up in. He tweeted the message:

“Sending much love and many prayers to the city of Buffalo. Especially to the families and friends of all the victims of the tragic shooting yesterday. Buffalo will always have a special place in my heart and what happened yesterday was devastating. Stay strong.”

Gronk sent his love and prayers to the whole city. He urged the people of Buffalo and the families of those who lost loved ones in the shooting to stay strong after such a horrible incident.

Buffalo has a strong place in his heart and he clearly feels a connection with the city in spite of moving out to Pittsburg, Pennsylvania during his senior year.