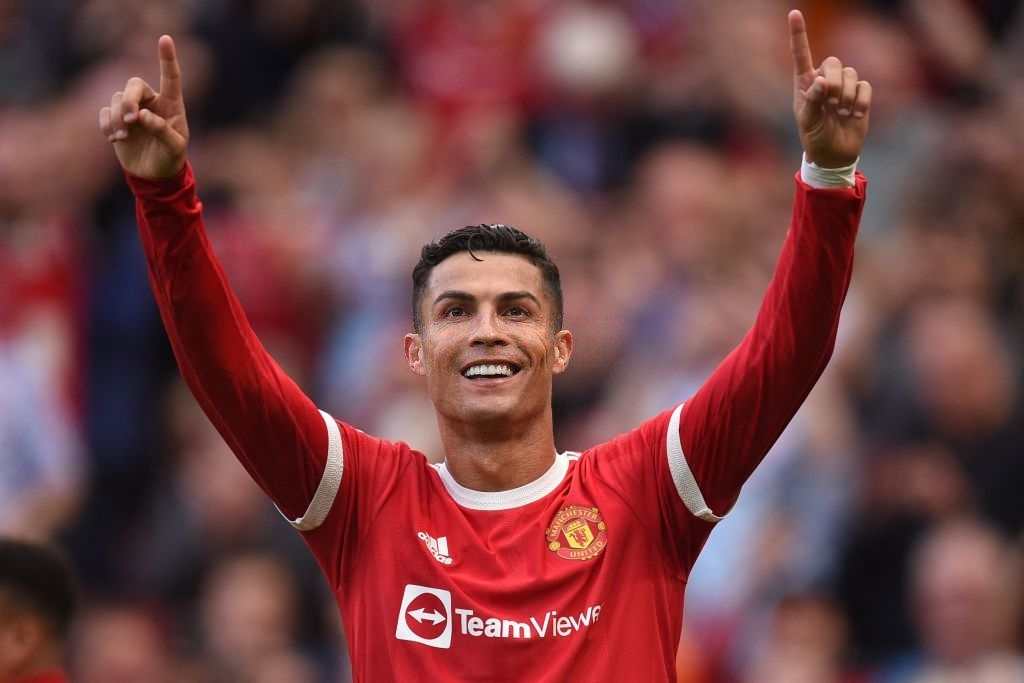 Sensational. Simply magical. There aren’t enough words to describe the atmosphere in and around Old Trafford as the Red Devils took to the pitch. Even the commentators and match reporters were surprised at the fervor that was in the air before the game even started. Certainly, there hadn’t been a bigger day ever since they won the league eight seasons ago. And it was only because of one man (drumroll)… Cristiano Ronaldo. What a game he had with a brace to his name.

Today we dive into the details of Man United vs Newcastle result and what this win means for them going forward.

Cristiano Ronaldo, back to his best?

“He’s too slow “, “Never has a 36-year-old succeeded in the Premier League”, “He’s not what Man United need”. These were some of the things that notable football pundits were saying before the game. However, they forgot one thing, that Cristiano Ronaldo is simply one of the best the world has ever seen. How many players would be able to deliver a brace in the very first game with a new team? That too in arguably the most competitive league of the world.

It was just written in the stars for CR7 as he netted twice on either side of half-time to usher in his second debut for the club. Though his output from the game was relatively the same when compared to what he did all those years ago, there was a certain sense of security and calmness about this performance as well. It was almost as if you could see how much he has matured over time. The movement was more precise, the passes were sure, and more often than not, the stepovers were on the down-low.

Nevertheless, Manchester United fans will hope that this is the start of something to cherish as one of their best-ever players dons their shirt once again.

The young guns of Manchester United shine brighter than the rest.

The likes of Mason Greenwood and Jadon Sancho had productive outings in this game even when they were closed down brilliantly by the Newcastle back-five. Greenwood, in particular, was able to pair well with the likes of Pogba and Wan Bissaka in order to find space down the line. As a result of those endeavors, he was able to find space for a shot that ultimately resulted in the first goal. 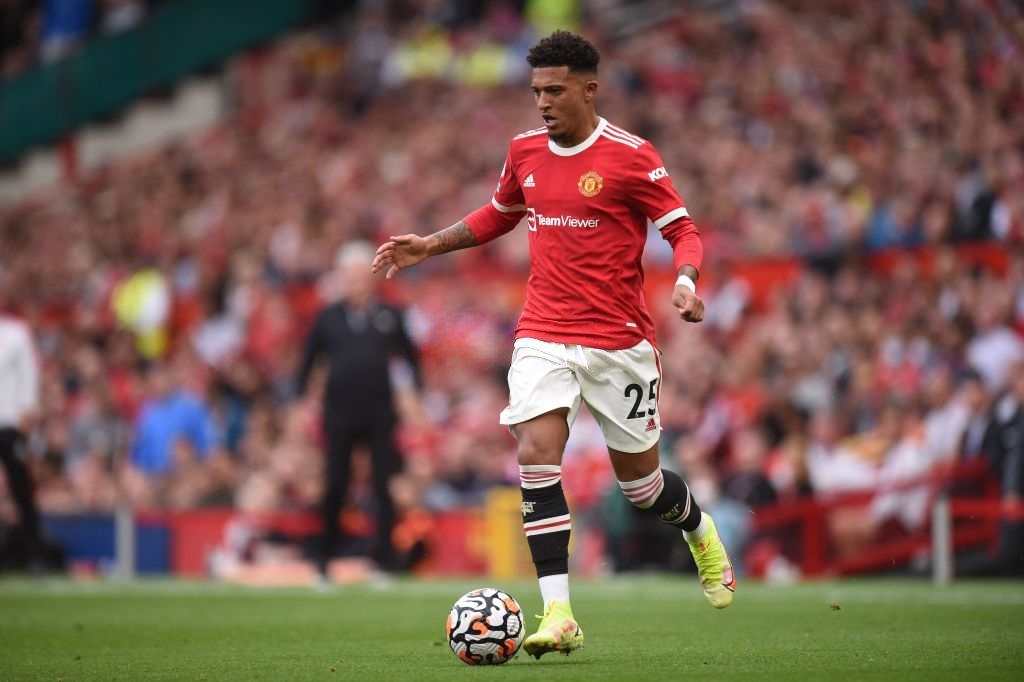 Jadon Sancho on the other hand, had a relatively quiet game as he wasn’t able to deliver what was expected of him. That might be because of the fact that he has arrived from a different league and hasn’t got many minutes under his belt. Solksjaer wouldn’t be too annoyed because he is aware of the quality Sancho possesses and it’s only a matter of time before he adapts to the league.

Many people might call him all show and no substance, but Allan Saint-Maximin was easily one of the best players on the pitch today. The way he maneuvered the opposing defenses and skipped past them was a thing to behold. He brings the “flair” that was missing from Newcastle’s game last season. He and Almiron were the center of the Magpies’ offense and everything went through them. 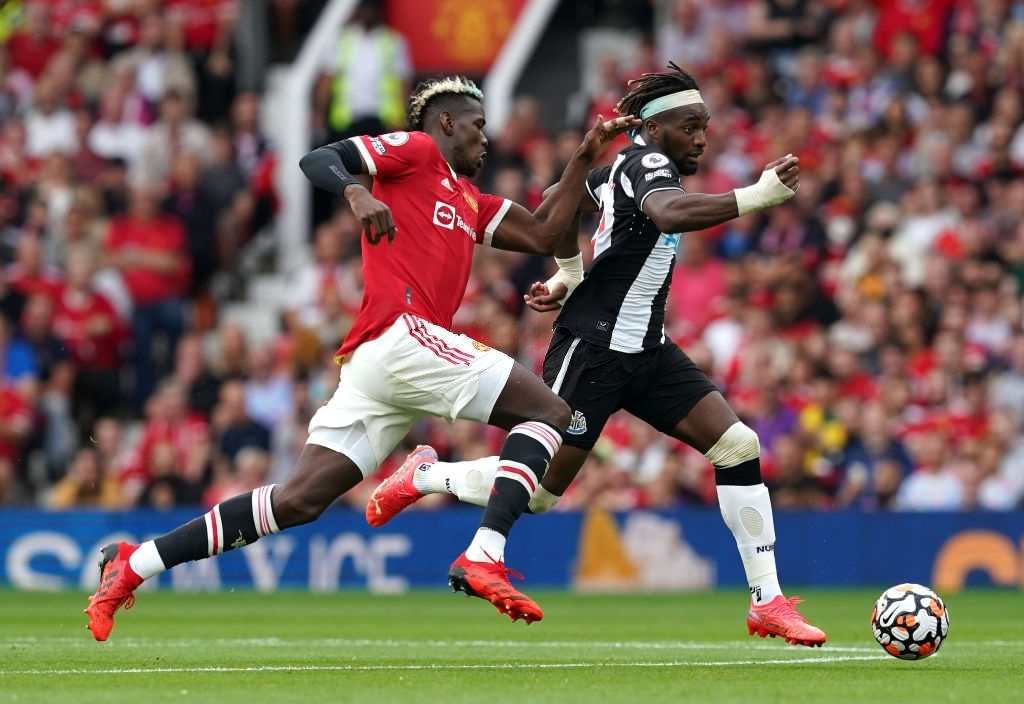 It was the 24-year-old’s cheeky brilliance that allowed Javier Manquillo to score Newcastle’s only goal of the game. Apart from this, it can also be said that the goal was the result of ghastly defense from Harry Maguire. He lost his cool and lunged for a reckless challenge that opened up acres of space for Maximin to run into.

Can Manchester United challenge for the title?

It is very hard to say that this early in the season based off this win, but the signs are there. If they manage to maintain the hunger and desire they showed in this game, then the bigger oppositions are there for the taking. United’s midfield is stronger than ever with Paul Pogba and Bruno Fernandes pairing well, and the lack of a CDM didn’t look that obvious. 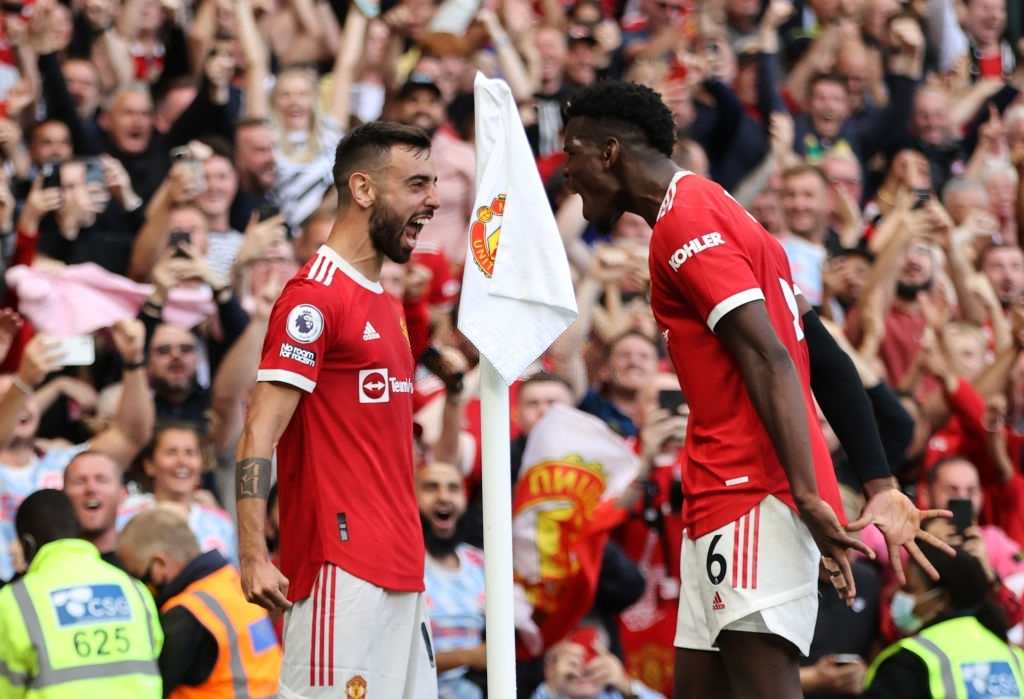 In my opinion, Man United has the perfect balance of youth and experience. This will help them in tougher games where they won’t have a whole lot going for them. Experienced voices in the dressing room would act as inspiration for the likes of Greenwood and Rashford and they’ll go on to provide sparks on the pitch. In Ronaldo they have one of the best strikers in the world who can easily produce a 25-goal season.

At the end of the day, Manchester United will have to believe in themselves to keep producing good results throughout the season. The occasional stroke of brilliance from the likes of Fernandes and Pogba would also go a long way to instill confidence.