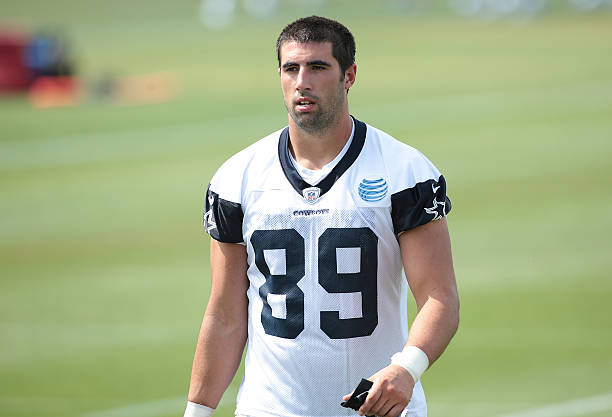 Gavin Escobar, Dallas Cowboys’ former tight end, died at the age of 31 in a shocking rock climbing tragedy. He, along with his climbing partner Chelsea Walsh, 33, was found injured on Wednesday at Tahquitz Rock in Idyllwild, California, by a bunch of firefighters. According to the authorities, neither victim survived long enough to be transferred to a hospital.

According to the Riverside County coroner’s report, Escobar and Walsh were killed instantly while scaling a “rock face.” It poured the night before, but authorities haven’t confirmed whether weather played a role in this misfortune.

As a tight end in the NFL for five seasons and the AAF for one, Gavin Escobar was a vital member of the Dallas Cowboys who finished his career in 2019 with 8 touchdowns and 30 receptions.

As soon as the news of Gavin’s death spread, his former teammate R.K. Russell tweeted, “RIP Gavin Escobar, a great teammate and man who has gone too soon.”

RIP Gavin Escobar, a great teammate, and man who has gone too soon.

Just heard the news about Gavin Escobar, I’ll never forget announcing his name in the 2014 NFL draft by the Cowboys. Too Soon RIP 🙏🙏

After Gavin quit football, he served as a firefighter for the last 8 months in the Long Beach Fire Department, California. He leaves behind his wife Sarah with two children, Josey and Charlotte.

Earlier this year, a hiker faced the same fate as Gavin as he couldn’t survive after sustaining injuries from a fall. Even in the year 2017, a rockfall at Tahquitz Rock killed a man and seriously hurt his climbing partner- his brother.