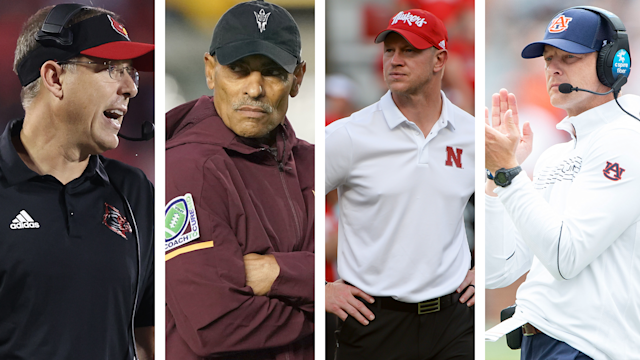 The salaries of the top 10 college football coaches heading into the 2022 season have increased significantly in a short period of time, with the new national cutoff for the top tier of pay being somewhere about $7.5 million. Even though some of the coaches at the top football colleges in the league are on this list, many people may be surprised by the order.

Being one of the highest-paid college football coaches isn’t a guarantee of job stability, to be sure. Here are the top 10 head coaches in the country for the 2022 season, according to predicted income figures and reported contract statistics.

Jimbo Fisher’s coaching future was uncertain at the time of his resignation from Florida State. Texas A&M turned to Fisher to turn around the program, and Fisher has succeeded in doing so. With a 9-1 record in 2020, including an 8-1 SEC record, the Aggies narrowly missed qualifying for the College Football Playoff.

Compared to the hopes everyone had for this team, the Aggies were seen as a failure this season. However, many believed that beating Alabama conveyed a statement about how Texas A&M’s football program was developing.

The Miami Hurricanes are once again taking football seriously, which results in the addition of a new coach to our list of the highest-paid college football coaches. Mario Cristobal, who recently had a 10-win season with the Oregon Ducks, is returning to Miami.

It shouldn’t be a surprise. Cristobal was an offensive tackle for the Hurricanes who was born and raised in Miami. His five seasons at Oregon saw him compile a 35-13 record, and he was always viewed as a possible possibility to leave for another position. However, the Hurricanes had never made such a large investment before, and the abrupt adjustment helped them land their top target.

Prior to the 2019 season, the Clemson trustees authorized a 10-year, $93 million contract for Dabo Swinney, a unique arrangement given both its length and sum. Few college football coaches in history can lay claim to a 10-year contract, and even fewer can boast they made an average of $9.3 million a year.

Not to mention, there is an “Alabama clause” in the contract, which contains language with an “increased” buyout clause in case the multiple national champions decide to leave for the Crimson Tide before the pact expires. Swinney’s six-year reign as the ACC’s champion ended last season, but the Tigers anticipate taking over Swinney’s kingdom in 2022.

Some people might be extremely shocked to learn that David Shaw is one of the highest-paid college football coaches. The Jim Harbaugh replacement’s Stanford Cardinal coach prospered in his early years, leading his team to five seasons with at least ten wins from 2011 to 2016.

But with a recent record of 11-19, Stanford is no longer the type of football program that another conference may desire to snatch from the Pac-12. Shaw shouldn’t be in danger of losing his job at the moment, but it’s fair to say that his win-to-salary ratio doesn’t compare favorably to that of his competitors.

After signing a contract extension ahead of the 2020 season and winning the Big Ten Coach of the Year award for the Buckeyes’ early post-Urban Meyer era success, Ryan Day’s pay at Ohio State has increased twice. Day’s annual salary increased to $9.5 million in May. With the new contract, Day will remain in Columbus at least through the 2028 football season.

In November, Mel Tucker agreed to a record-breaking contract extension with Michigan State that will pay him $95 million over the following 10 years. Two MSU alumni, Mat Ishbia and Steve St. Andre are funding the substantial increase from a little more than $5.5 million each season to a now enormous annual pay, according to Spartan Tailgate’s reporting.

If Tucker is ever fired without cause, Michigan State will be responsible for paying him his whole compensation. Last fall, Tucker guided the team to 10 victories and a spot in a New Year’s Six bowls. Along with Ryan Day of Ohio State, he is now the highest-paid coach in the Big Ten.

Last year, Kelly was questioned at Notre Dame about the possibility of leaving the Fighting Irish for a different position. Kelly firmly refused, only changing his mind after a “fairy godmother” presented him with a “$250 million” contract. Although not quite to that extent, it did occur. Kelly was enticed away from South Bend, Indiana, by LSU with a pricey deal that was over $100 million.

Kelly has a record of 284-97-2 in 31 years as a head coach, which places him first among all active FBS coaches in career victories, ahead of Nick Saban of Alabama (272 victories) and Mack Brown of North Carolina (265 wins). In his 31-year collegiate career, Kelly has had just two teams finish below .500.

Last fall, as a wave of coaching changes stunned college football and set the bar in a new, expanding market, Oklahoma witnessed its elite head coach depart for the Trojans because it was unable to match USC’s pricey contract offer.

Riley signed a long-term deal worth about $110 million (reportedly, as USC is private), which included an opulent residence in Los Angeles in addition to other generous benefits. The move made him the highest-paid coach in college football until a first-time national champion in the SEC received a significant raise this summer.

In July, Georgia showered a fortune of cash on Kirby Smart, securing the most lucrative contract extension in NCAA football through the 2031 season. By the end of the contract, Smart will earn $12.25 million, but should the Bulldogs continue to compete at the highest level, his income will be enhanced and his contract renegotiated.

Since taking over in time for the 2016 campaign, Smart has a 66-15 record at Georgia as head coach. He has led the Bulldogs to two College Football Playoff trips, an SEC championship, in addition to the most recent national championship. Georgia has been in the SEC championship game four times as the SEC East during the Smart era.

Nick Saban of Alabama is now back in the lead after a torturously long month as the second-highest paid football coach in the Southeastern Conference, due to a new eight-year, $93 million contract extension. With an average annual pay of $11.7 million, Saban, 70, was once the highest-paid coach in all of college football. In the past, Saban made an average yearly compensation of $9.7 million.

The one-year extension was approved by the school’s board of trustees on Tuesday, about a month after Kirby Smart, a former assistant to Saban, signed a new contract with the Georgia Bulldogs, the defending national champions, that will pay him an average of $11.2 million over the course of the next 10 seasons.