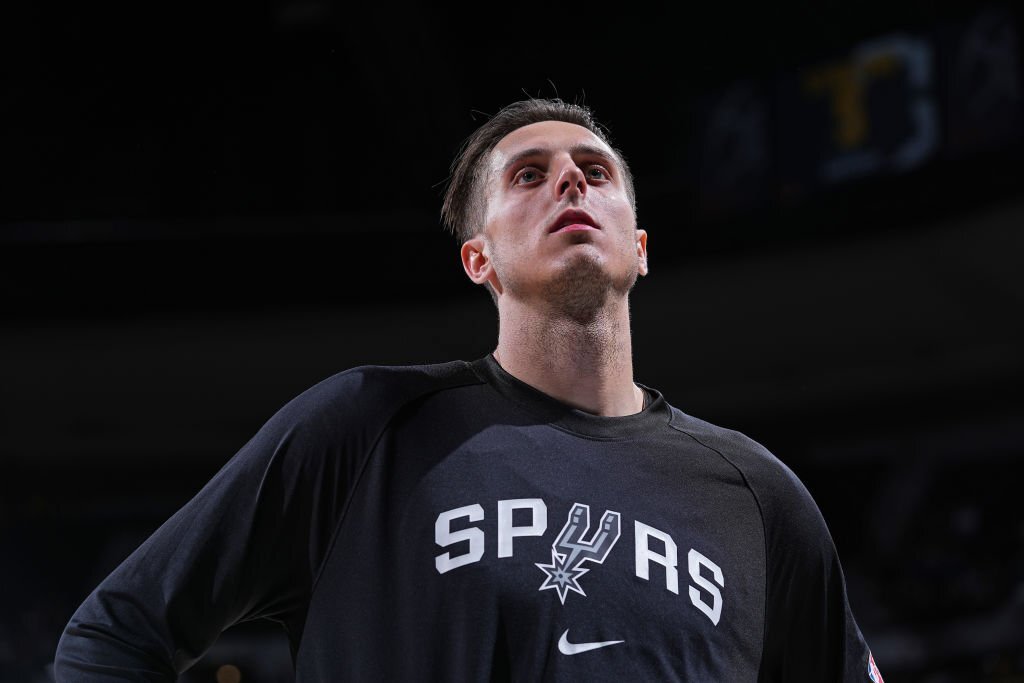 Altercations are very common in every sport. But, it sometimes surplus its limit and turns into a horrible situation. Zach Collins wants to say something about this kind of altercation.

Zach Collins was dismissed from Saturday’s game between the San Antonio Spurs and the Los Angeles Lakers after being assessed an egregious two fouls. The Spurs ultimately lost the game 143-138. During the action, his elbow landed on Russell Westbrook’s face, leaving a cut above his eyebrow.

On the court, Westbrook was in the dunker’s position, and LeBron James sent a shovel pass his way. James got the ball after it had rolled to the rim, and he knew he had to try to score fast because of the danger of a potential block. Collins had to rapidly move his hips after James passed to Westbrook to pressure his finish, leading to a block.

Westbrook got the ball back after his first shot toward the basket was stopped. With a 7-footer standing vertically to block him again, he took advantage of his position deep in the paint by faking a jumper. As a result, Collins misjudged Westbrook’s pump fake and landed an elbow on the NBA star’s face.

“I blocked the first one, and I shouldn’t have jumped on the pump fake, but I jumped,” Collins stated. “And then the worst thing you can do is give up an and-one in that situation, so I was just trying to come down and hit his arm so the ball wouldn’t get up to the rim. Unfortunately, my elbow just caught his head and he started bleeding and it looked terrible. But I honestly wasn’t trying to do anything. I just didn’t want him to get a shot off.”

Collins was making his second season appearance after missing the previous 10 with a non-displaced fracture of his left foot. In only 19 minutes, he scored 12 points, grabbed eight boards, dished out two assists, and blocked two shots, putting up a solid performance. Half of his points came from 3-point makes, too.