“I’m so happy for you, my love” Lionel Messi’s wife Antonela Roccuzzo gleefully wishes her husband on his 2nd International Trophy win 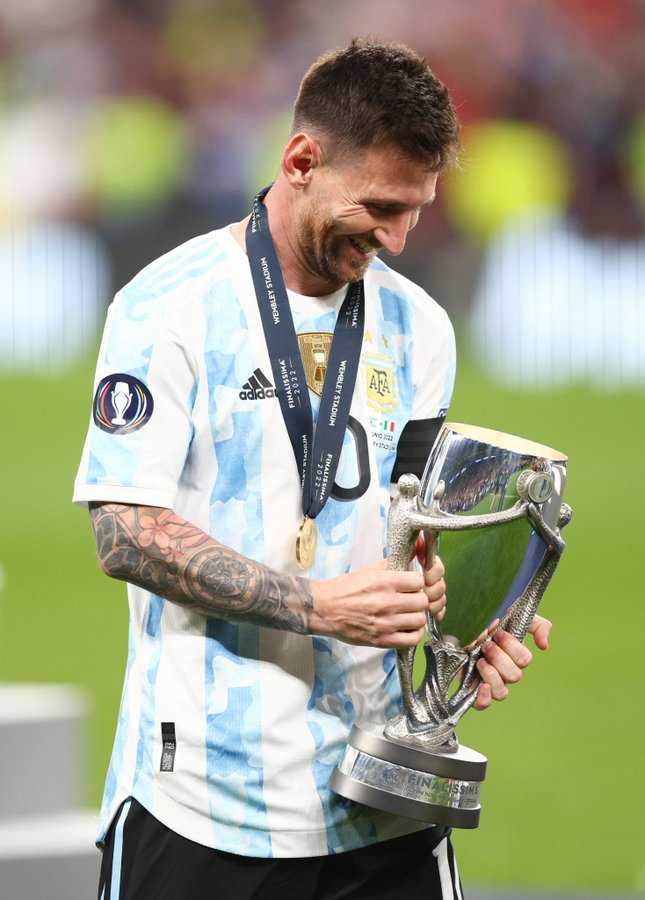 Lionel Messi, the most prolific heir of the great Diego Maradona, added another major title in Argentina’s trophy cabinet by captaining in the victory against 4 time World Cup Champion, Italy at a packed atmosphere in Wembley.

The reigning South American Champion, Argentina is currently enjoying a 32 matches unbeaten run thanks to Messi and his fellow teammates who are showing outstanding skills for the love of their national team.

Upon winning the Finalissima trophy, spectators all over the world are praising the winning mentality of this Argentina National Team who are set to appear on this year’s World Cup in Qatar.

Lionel Messi’s love of the life, his wife, Antonella Roccuzzo is one of the top admirer of him who recently posted on Instagram about her joy for Argentina who beat Italy at Wembley.

After being crowned as the European Champion, Italy could not able to progress to this year’s Qatar World Cup after disappointing play-off defeats against North Macedonia in March of 2022. Losing against Argentina in the Finalissima is another major blow for Roberto Mancini’s squad as two of his senior defenders Giorgio Chiellini and Leonardo Bonucci both played their final match for the Azzuri.

Argentina, on the other side, is enjoying the form of their lives as they are playing not only attractive footballs but also displaying seriousness that branded them as one of the serious contenders for World Cup in November, 2022 alongside France, Brazil, Germany and Portugal.

Antonella and Lionel are made for each other as they spend their whole life together since childhood and eventually tied the knot on summer 2017.