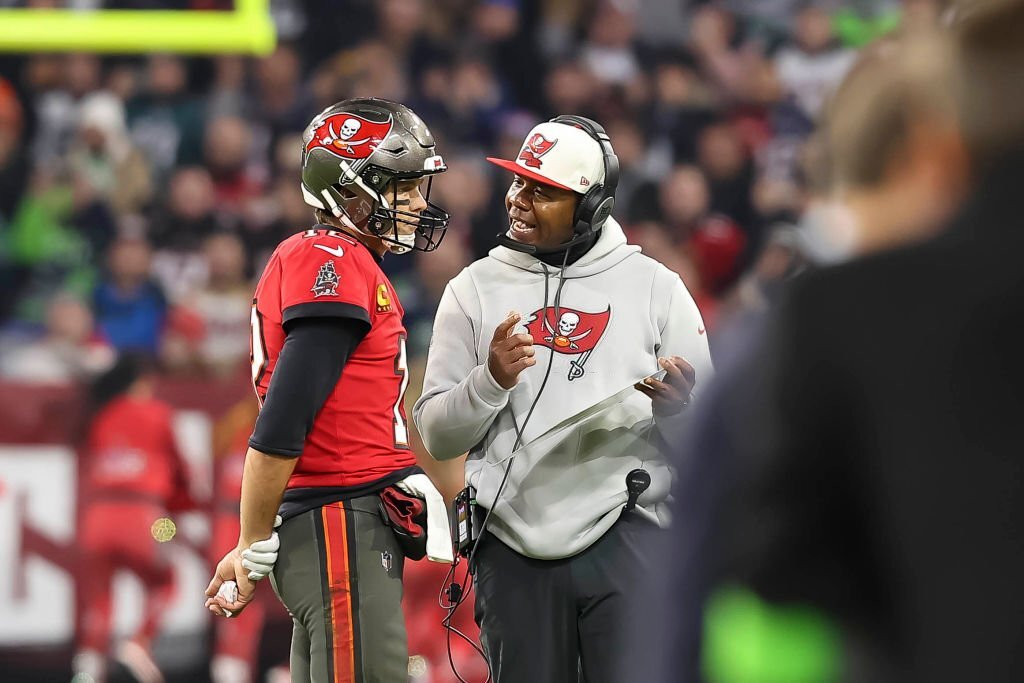 The head coach of the Tampa Bay Buccaneers Todd Bowles is tired of failure in NFL matches. He’s going to reintroduce his star to the team.

In spite of Tom Brady’s personal difficulties, the NFL season has resumed, and this has had a negative impact on his play for the Tampa Bay Buccaneers. Coach Todd Bowles still has time to squeeze as much as he can out of Tom Brady’s abilities before the conclusion of the season. Of 5-6, the Bucs have a decent shot at making the postseason if they can win out. As per FiveThirtyEight, they have a 66 percent probability of qualifying for the playoffs.

Bowles has taken a controversial approach in his pursuit of optimal results. In his most recent news conference before Monday Night’s matchup with the New Orleans Saints, he directly challenged Tom Brady. Bowles could have referred to the quarterback without using his name if he wanted to. Clearly, he was referring to Tom Brady and the other team captains in the Buccaneers’ changing room. Brady has not yet responded, but he will certainly attempt to do so on the field on Monday.

People have sympathy for Brady despite the horrible season the squad has had. Divorce is stressful for everyone involved, making it difficult to focus on work. Even though it will be difficult, Tom still has a shot at saving the season and advancing to the NFL Playoffs. Given that the Tampa Bay Buccaneers will be competing against much more formidable opponents this season, winning the Super Bowl will be a monumental challenge.