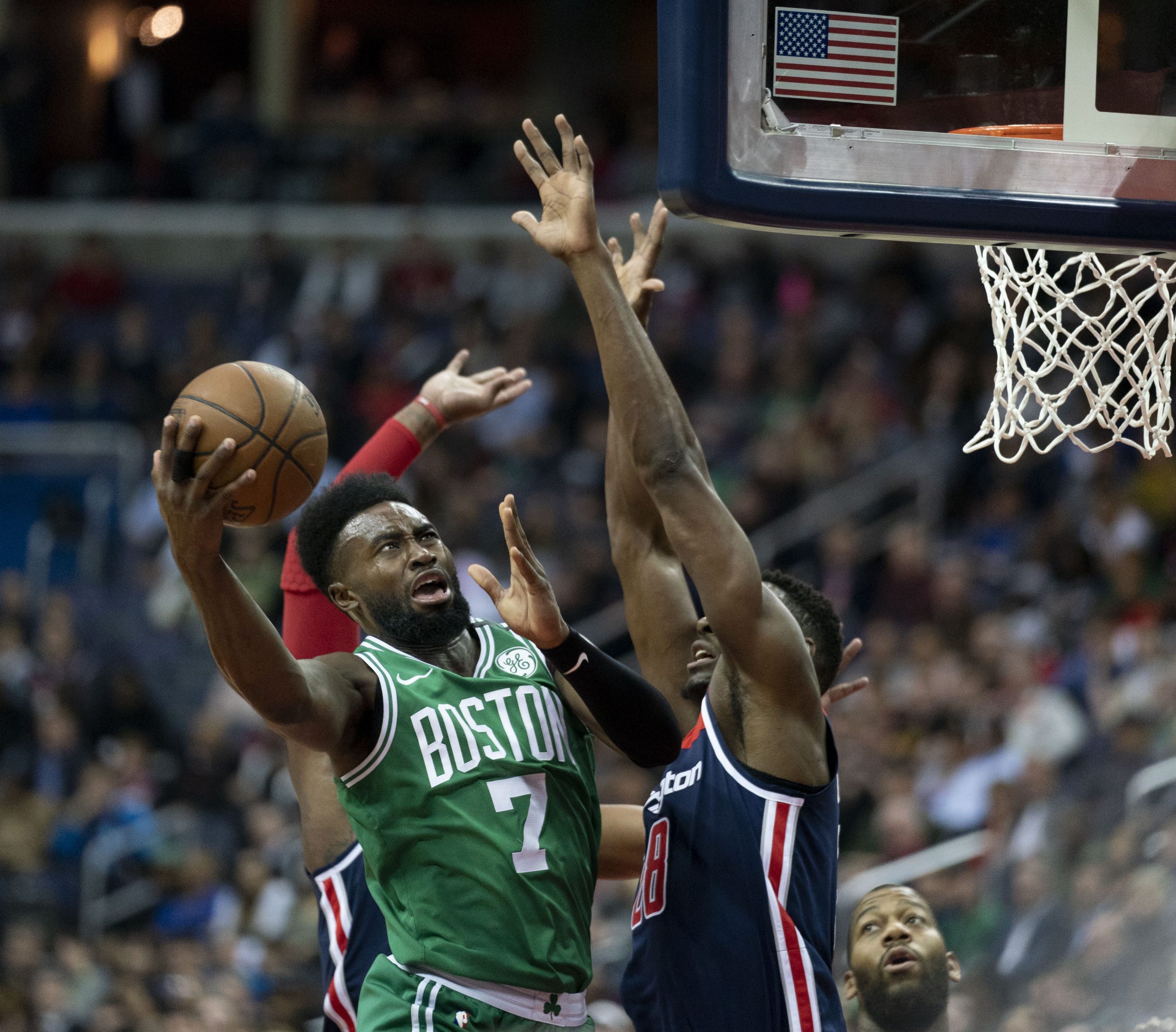 The Boston Celtics unveiled their new social justice platform yesterday. Christened as Boston Celtics United for Social Justice, this offshoot of the Celtics organization will work with the players to lobby for social justice causes and campaign for the enforcement of laws in this regard.

Jaylen Brown was interviewed about the same yesterday, and he made no attempt to hide his elation. The 4th year guard is one of the prominent young voices in the league. One of the impressive things about the 23-year-old is that he puts his money where his mouth is. Brown drove 12 hours to his hometown Atlanta in May to lead BLM rallies following the murder of George Floyd.

Foremost on Brown’s agenda with the organization will be to enforce the George Floyd law in the city of Boston. This particular legislation deals with police conduct when approaching a criminal/suspect for arrest. It aims to curb the high-handedness of police officers and hold them accountable for any ensuing violence.

“One thing I would like to see in Boston is the George Floyd bill enacted,” Jaylen Brown said, via Tom Westerholm of MassLive.com. “Having conversations about police, qualified immunity, and things like that, some things just need to be held accountable. And hopefully Boston can be a place where a tone is set and it can be transpired in other places and other cities that need it most.”

Jaylen Brown on the launch of the Boston Celtics United for Social Justice platform: “I’m proud to be a part of the Celtics organization. I’m proud to have a leadership group that recognizes we need to take these steps.”

“I’m proud to be a part of the Celtics organization,” Jaylen Brown said. “I’m proud to have an ownership group, or a leadership group, that’s willing to take these steps because they recognize that we need to live in a better more forward progressing world, and I’m happy that they asked my input as a 23-year-old coming from disadvantaged communities and having a certain perspective being here in Boston, growing up in Atlanta and going to school in California-Berkeley. I’m just happy that the mindsets are shifting and hopefully we can continue this and make this a long-term commitment as well as a short-term.”

Brown is recognized as one of the most poised, prudent young men in the NBA. He always sounds off as the voice of reason. Even on the eve of the biggest series of his career – one in which he has the best chance of making the NBA Finals, he has kept the focus squarely on the social justice causes that the entire NBA fraternity has worked for over the past several months.