Jon Moxley calls Vince McMahon a madman, opens up about his stint with WWE 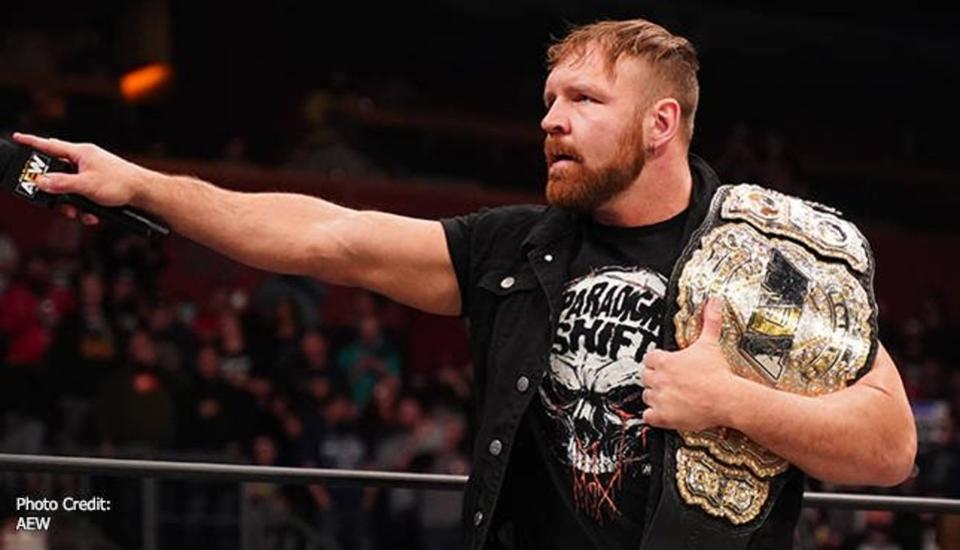 Jon Moxley, the current AEW World Champion, recently opened up about his stint with WWE. He has come up with some controversial remarks about his former boss, Mr. McMohan. The former Dean Ambrose, as WWE universe knows him, left the company after Wrestlemania 35. Since then, he has had a successful run in All Elite Wrestling.

While giving an interview on SiriusXM’s Busted Open Radio, Moxley compared his current workplace with his previous one. The scripted nature of WWE shocked him the most. Quoting him, he said,

“If I had to boil it down to one thing that drove me crazier than anything was the fact that I got handed a script. I heard the phrase “scripted promo,” I always thought it was a turn of phrase, I didn’t realize – this is how naive I was”

According to the former Shield member, scripts were handed even in the developmental years. There is no freedom to choose their own lines for WWE superstars. Every action from backstage to centre stage is predetermined. This way of conducting the business bugged Moxley the most.

He also went on to bash his former boss, the kingpin of wrestling entertainment. He felt WWE superstars have minimal chances of giving inputs thanks to Mr. McMahon. This is how he described the pressure of working under Vince.

“I’ll tell you what pressure is, pressure is having a two-page script written by a 74-year-old mad man, that makes no sense to you, that’s going to make you look stupid, and you’re on worldwide TV, live, and you got to memorize every single line, and somehow try to pull it off and not look like a total jackass, that’s pressure.”

Judging on past behavior, one thing is sure. Vince will not like this description of him by his former employee. However, he can’t act on it. He has to let it go.

The former Lunatic Fringe is having the time of his life in AEW. Along with Chris Jericho, he is the face of the company. According to him, AEW superstars handle a lot less pressure. They put pressure on themselves instead of someone else doing it.

Moxley is the reigning world champion in AEW. Last week he finished feuding with Brian Cage. He successfully defended his world title against the former Impact Wrestling superstar. As AEW is heading towards its All Out pay-per-view, it seems like Moxley will defend his title against Maxwell Jacob Friedman (MJF). But before that, we will see AEW world champion in action this week when he and Darby Allin team up to face Ricky Starks and Brian Cage.