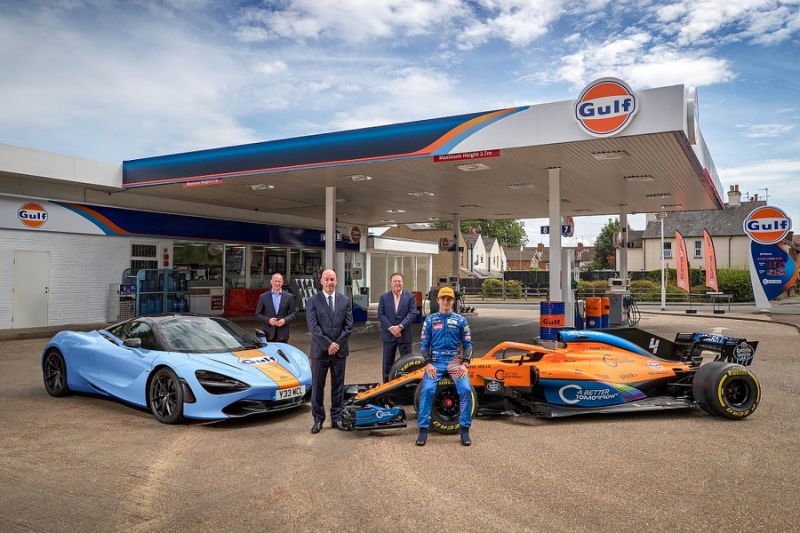 McLaren keeping in mind it’s old bond, has cut a deal that Gulf Oil will be subsidizing for the entire Formula One team and hot wheel car company.

After annulling the contract with Petrobras, the Gulf Oil will build a partnership with McLaren. The Gulf logos will emerge on the engine cover, mirror, and the suits of the pit crew members and drivers’ from the upcoming British Grand Prix.

The McLaren CEO, Zak Brown said that it’ll be a pleasure for them to ‘reunite two iconic brands’ again, after their end of the contract in 1973. “Gulf is a part of McLaren’s history and are well-known for their innovation and technical excellence in the industry, which aligns with McLaren perfectly. We are looking forward to starting our partnership together this season.” He also added, “McLaren has a rich history of working with class-leading partners and we’re delighted to continue this trend via our renewed partnership with Gulf.”

In response to Mike Jones, the CEO of Gulf Oil showed his great enthusiasm and stated that “This is a very exciting partnership that brings the Gulf brand back into elite motor racing. The history books are full of remarkable tales that tell of what Gulf and McLaren have achieved in the past. Now we are together once more to write the next chapter of this unique partnership.”

In the coming F1 70th anniversary season that will be staged this weekend in Silverstone, the British Grand Prix, amidst this gloom and doom in this pandemic situation, McLaren will dispatch some magnificent news is what we hope for.