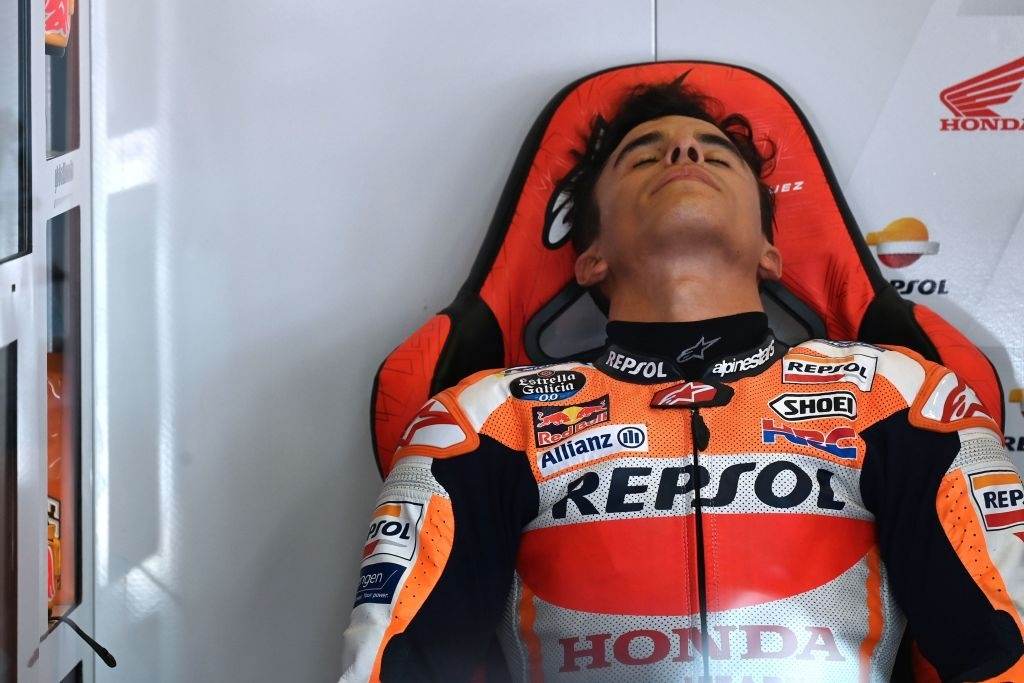 The declaration was finally done by Honda about the much able world champion of MotoGP, Marc Marquez. He will be ruled out from getting in the cockpit for at least two to three months after the dreadful accident that left him injured and unsteady with a broken right arm.

The devastating crash at the Moto GP season-opener of this year that took place in Jerez in the previous month was not the utmost. He got back to the track after a very short term with minimal resting days after the surgery, stepping at the Spanish circuit.

Marquez had to withdraw, even after completing FP 3 and FP 4 at the Andalusia Grand Prix with an expected return to the Czech GP.

Things didn’t go exactly as planned as the plate in his arm damaged and broke as he was trying to open a window at his home in Spain.

It was followed by a new set of surgery which added another plate, getting him out of the Czech Grand Prix and the double-header being held in Austria. Though the 27-year-old Marc Marquez was supposed to be back to track by early September for the initial races in San Marino Grand Prix for the Misano races and Catalan Grand Prix, his recovery is not up to the mark. For instance, it is not steady and taking more time than what was assumed.

Due to the second surgery that was conducted in the right arm, just in the process of recovering from the first surgery. The healing process is going to be tough and time-consuming. Hence, Honda had to declare the efficient motorist, Marc Marquez’s leave from the sport for at least two to three months minimum.

“There has been a lot of talk about Marc’s recovery and the various deadlines, but from the first day after the second operation we have said that the only objective that exists is for him to be one hundred percent,” said Alberto Puig, Honda team manager. “We do not want to rush. Once Marc is in a position to return and compete at the level he knows, then we will think about the next objective.”

With Marquez already  67 points below the required, this prolonged absence shall take away any hopes of the championship from him. Nonetheless, Stefan Bradl, deputy to Marquez’s place at Brno will keep racing at the Austria double-header along side the champion’s brother, Alex Marquez. If the recovery time persists to 2 months, there still might be hope for the racer but given the atmosphere of sports clogged with corona clouds, the possibility is very slim.

It is hard to assume anything right away about Marc’s return after the allotted interval of time for his recovery. Moreover, the pandemic situation that led to the delayed season suggests all odds against his return this year at the circuits.