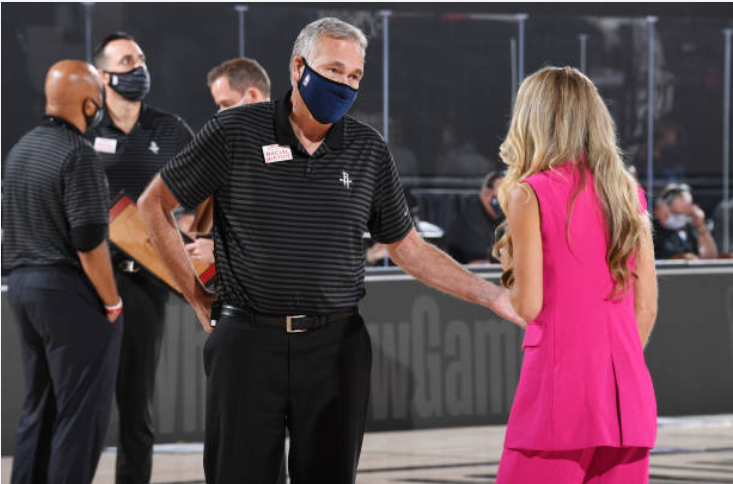 The Philadelphia 76ers have begun their head hunting for a new head coach in full swing. The Sixers fired their previous head coach Brett Brown following 7 years in charge. The likes of Mike D’Antoni, Ty Lue and Billy Donovan have been confirmed as members of the Sixers’ shortlist for the role.

The main reason for Brown’s firing was the Sixers getting swept in the first round by the Boston Celtics.

While D’Antoni and Donovan had seen out their tenures with the Rockets and Thunder respectively, Ty Lue is a year into his role as associate head coach for the Clippers.

As 76ers GM Elton Brand leads head coaching search, the franchise expects to bring shortlist of candidates — including Mike D’Antoni, Billy Donovan, Ty Lue — to Philadelphia area for next round of interviews.

Details on Inside Pass at @TheAthleticNBA: https://t.co/G3m5wk3G88

The Sixers are on a low this year following their catastrophic second half of the season. They entered the New Year on the back of a morale-boosting win over the Bucks on Christmas Day. They were expected to be a top half team in the Conference, but road losses were there undoing.

They finished 6th on the Eastern Conference standings. Although they had a 3-1 record against the Celtics during the regular season, they missed the presence of Ben Simmons significantly. Without Simmons navigating their fast breaks, their transition play was hurt a lot.

Simmons was also a lockdown defender, earning a good amount of votes for Defensive Player of the Year. Coach Brett Brown was sorely let down by lackluster performances from Tobias Harris and Al Horford in Games 2 and 3. This ensured that Joel Embiid’s efforts (the big man averaged over 30 and 10) went in vain.

The Sixers were also undone by a stale half-court offense. Joel Embiid was held to minimum damage from the post area. The Celtics did not have to double him too hard to keep him out of the paint despite size disparities between their bigs and him.

The Sixers are faced with some tough choices on their road ahead. They have committed humongous amounts of money to the contracts of Tobias Harris and Al Horford. The Horford contract, in particular, seems tough to unload given the big man’s age.

Going forward, the Sixers head office would probably like a head coach able to install a good offensive system. The 68-year-old Mike D’Antoni seems like a good fit in this regard. D’Antoni has been at the head of the 3-point revolution in the league. Perhaps he can coax Ben Simmons to shoot more 3-pointers.

‘The Last Dance’ awarded Emmy for Outstanding Documentary or Nonfiction
Is Jamal Murray turning out to be the new Steph Curry in this postseason?