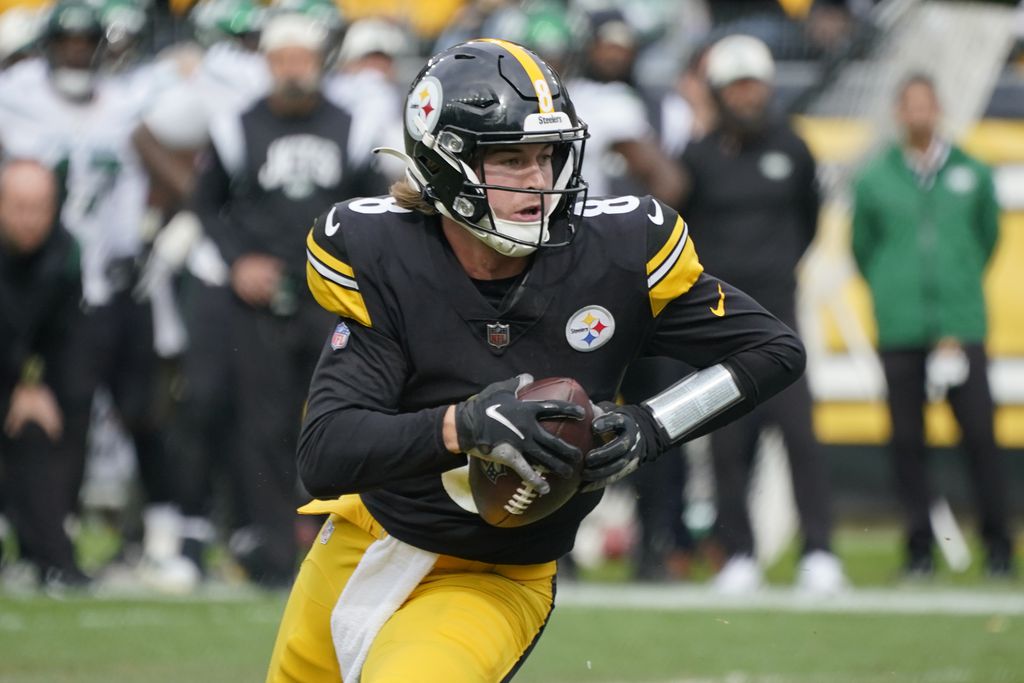 As the proverb goes, “Fortune favors the brave,” but in Kenny Picket’s case, his talent favored his fortune. Following the Steelers’ loss against the New York Jets and a poor performance from Mitchell Trubisky, head coach Mike Tomlin is ‘looking for some adjustments.’

In the third quarter against the Jets in Week 4, Pickett stepped onto the field as a substitute, replacing Trubisky at half-time. The youngster made the most of the opportunity and delivered some eye-catching performances in his debut match.

Pickett showed signs of confidence from the get go and the spectators never realized that it was his maiden match. He scored two touchdowns and three interceptions while attempting a 120-yard throw. His buzzer-beating interception came on a throw into the end zone with eight seconds left on the clock.

The 24-year-old expressed his wish to eliminate the negative atmosphere in the Steelers’ locker room and bring back the winning mentality.

“I just play with an edge,” Pickett said. “That’s something that I wanted to bring to the table. I do not like to lose. This is not a good feeling. I don’t want it to be a familiar feeling, so I definitely want to get back out there and get a victory, get us back on track.”

Tomlin was impressed with the rookie’s performance and wanted to give him some more playing time. The head coach confirmed after the game that Pickett will start as quarterback for the upcoming match against the Buffalo Bills. If the rookie continues to perform as he did against the Jets, he may solidify his spot as the starting quarterback.

Mike Tomlin stated, “I don’t want to dump the responsibility of what transpired at Mitch’s feet, that’s not fair to him. He’s played better than that description, but we haven’t.