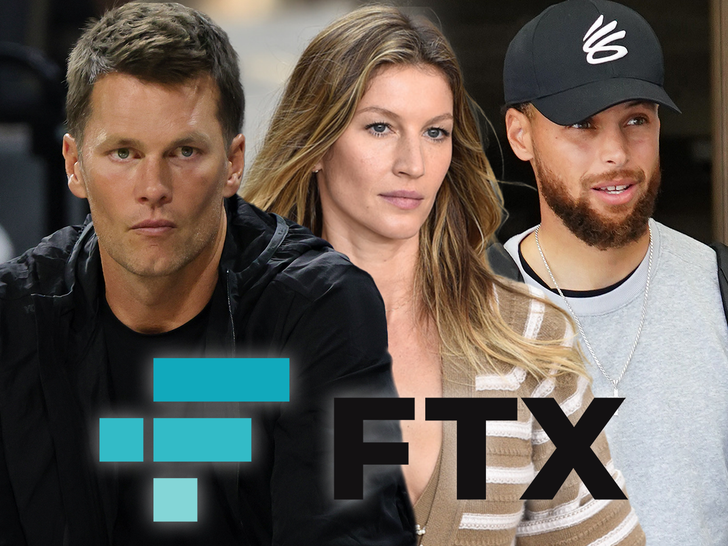 After the failure of the FTX bitcoin exchange website, a number of famous sportsmen and celebrities found themselves designated as defendants in a class-action lawsuit. It was reported this week by TMZ that a class action lawsuit had been launched in Florida, demanding damages from a number of celebrities who had marketed the defunct site.

As stated in the complaint, FTX, created by Sam Bankman-Fried, was “intended to take advantage of naïve investors throughout the nation” by engaging in fraudulent bitcoin activity. The complaint claims that Brady and Curry, among others, colluded with Bankman-Fried to deceive the company’s investors.

Tom Brady, Gisele Bündchen and Steph Curry — plus a host of other huge-name athletes and celebs — have all been sued following the collapse of FTX … a popular crypto exchange app that they all endorsed. https://t.co/A032V7Nnbc

The FTX collapse is an expensive ad for #Bitcoin. Too many good ideas have been pursued by the #Crypto industry in an unethical, unsound, irresponsible fashion. The only viable future is registered digital assets trading on regulated digital exchanges. pic.twitter.com/PkNdj5RmDl

It was a startling turn of events when the platform, which was valued at $32 billion earlier this year, went bankrupt in November. Investors are now demanding compensation.

The class action complaint makes reference to a commercial for FTX in which Brady and Gisele endorsed the service. In the ad, Brady and Gisele sign up for FTX and wind up recruiting their whole social circle.

Steph Curry filmed a video promoting FTX in which he emphasized the hashtag #NotAnExpert, presumably to show users that they didn’t require prior knowledge of the platform.