The 10 tallest goalkeepers in football/soccer history 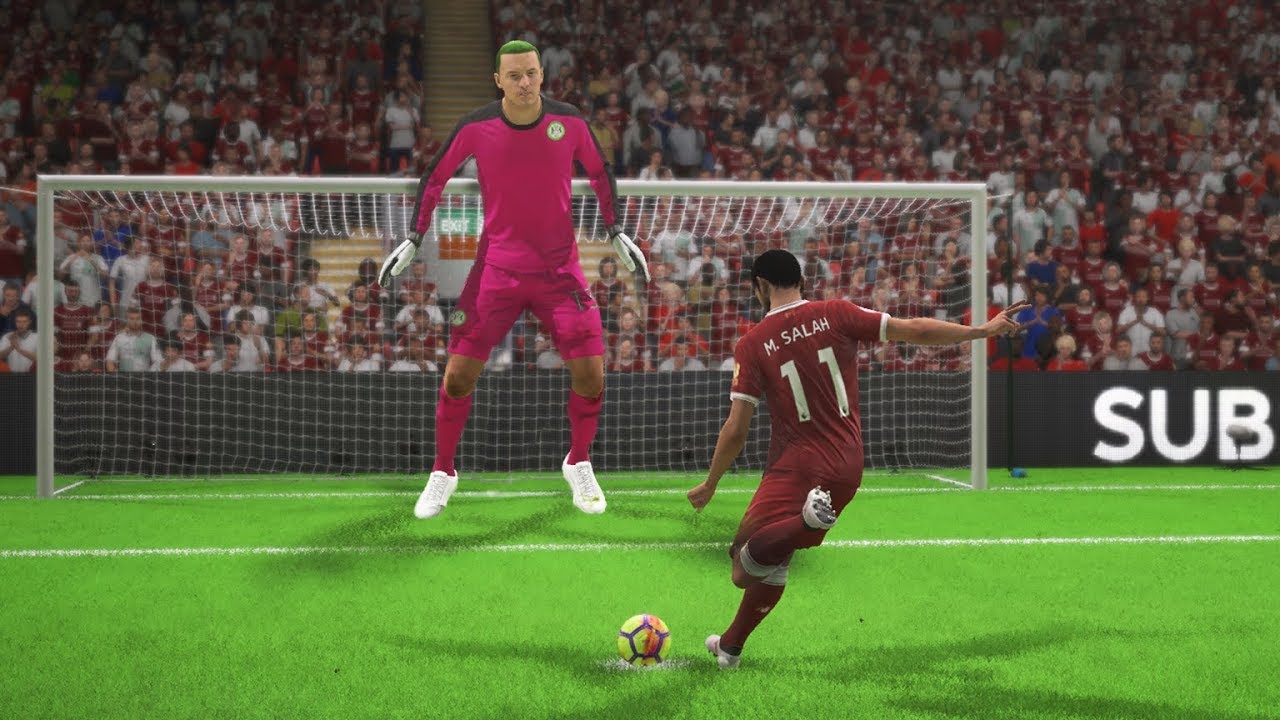 Throughout history, football fans have had, and still have, the possibility of being dazzled by the magnificent abilities that goalkeepers have to defend their goal from the attacks of the rival.

This is because goalkeepers are responsible for keeping the goal at 0 during the course of the game, and his fundamental decisions during the game to prevent the strikers from scoring using their strongest skills and characteristics.

One of the characteristics presented by goalkeepers and for which they are recognized worldwide is their height. The importance of this in the goalkeeper position contributes greatly to the work in this position as it allows you to have more coverage when the strikers define the goal. 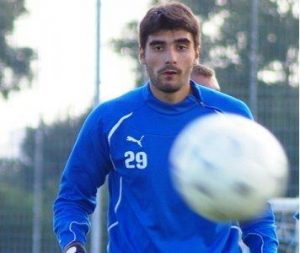 This Serbian goalkeeper occupies the tenth place on this list and stands out for its 2.02 meters high that led him to be on everyone’s lips due to his role in football.

The Serbian goalkeeper was born on January 18, 1989 in Indija and at the age of 30, he is already retired from football leaving the sport at Stara Pazova where he would begin his career in senior football.

Although he had a long career where he played in several European teams, he never managed to stand out from the rest for his skills as a goalkeeper and only managed to make his name in the sport thanks to his height. 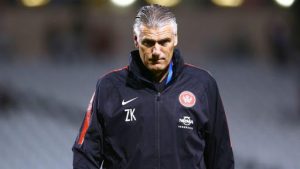 One of the tallest goalkeepers in football history is the Australian Kalac who stands out with his 2.02 meters tall and his nickname “The Spider”. He was nicknamed in this way due to his long characteristic arms that gave him great popularity.

“The spider” had a successful career as a goalkeeper at the Roda JC in the Netherlands where he played 115 games being vitally important for obtaining the Dutch cup in 2000 leaving an unforgettable memory in the hearts of the Roda fans.

Although throughout his career he had the luxury of playing for Leicester City and AC Milan, he never managed to stand out in these teams and could only play 3 UEFA Champions League games.

On the other hand, in the national team of Australia he could demonstrate his abilities in his maximum level since he defended his team in 54 occasions including the World Cup of Germany in 2006 where he was eliminated against Italy, which would become champion, in the round of 16.

His career ended in 2010 when he retired at the Kavala AO ending an extensive career which left a very good image to Australian fans.

Opheim is a renowned Norwegian goalkeeper who was born on April 9, 1982 and formed an extensive career in his country until his retirement.

His name is known by very few people in the football environment since he is not a goalkeeper who has stood out outside his country, but he is recognized for being one of the tallest goalkeepers in the world thanks to its 2.03 meters.

In his country he formed a fairly respectable career playing for highly recognized teams such as Lyn Football and Moss FK which are important Norwegian teams.

This goalkeeper ended his career in the Norwegian third division by retiring in 2010 at Stryn Football and remains part of the tallest goalkeepers in history. 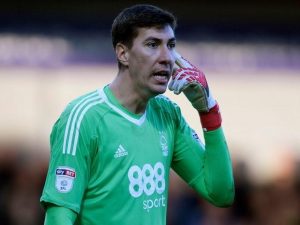 Pantilimon is one of the tallest goalkeepers in the history of football who continues to be active at the age of 32 in the great Notingham Forest of England. It stands out worldwide for its 2.03 meters that led it to be recognized worldwide for his height.

Born in Romania in 1987, he is one of the highest goalkeepers in the world with the best sports career, because thanks to his height and talent he has managed to play for great European teams such as Manchester City, Watford and Deportivo La Coruña.

He has had the pleasure of playing 2 UEFA Champions League games with FC Timisoara in 2010 to later go to Manchester City where he won 2 Premier Leagues in 2012 and 2014 being a substitute for Joe Hart.

This excellent performance led him to win the award for best Romanian goalkeeper in 2010 and currently continues to taste the spectators with his excellent saves in English football. 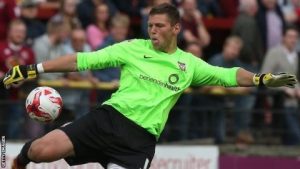 Another of the tallest goalkeepers who is still active is Jason Mooney who, at the age of 30, is still tasting Irish football with his skills at the NIFL Premiership.

Born in Northern Ireland, he is one of the highest soccer players in the United Kingdom and has formed a mainly developed career in the English League Two where he played for Tranmere Rovers, York City and Accrington Stanley.

Although his career has not taken place in renowned teams, he continues standing out in the sport of football thanks to his incredible height of 2.04 meters that dazzles Cliftonville fans. 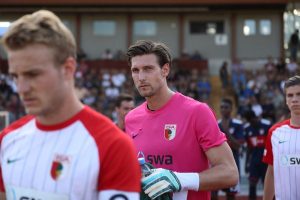 This German goalkeeper occupies the 5th place in this ranking with its amazing 2.05 meters that gave him immense popularity in Germany, where he still serves as a goalkeeper, since he has exceeded the height of Manuel Neuer.

With an extensive football career started in 2010, this goalkeeper has a long career in several clubs in Germany’s second and third leagues. He played for Bayern Munich II who plays in the 3rd division of Germany in 2013 and 2015 and he is playing in Augsburg II of the 4th division of Germany where he fights for a place in the starting team.

His football career wasn’t very remarkable since he failed to make a place in European football teams, but he stands out for his height being one of the highest goalkeepers in history. 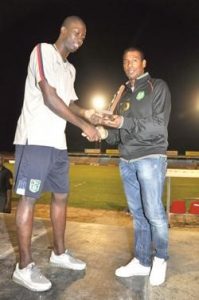 This unknown goalkeeper has a very particular history since he is practically a stranger by many people in the environment of this sport due to his short career in only 2 teams.

Williams was born in Georgetown, Guyana where he began his football career as a goalkeeper at Alpha United FC in his country, since then he continued to form his career until he woke up the alarm of several Caribbean teams and was taken by Caledonia in 2012.

He had an important performance in his national team where he had the luxury of playing the qualifying phase for the World Cup in 2014 and the Caribbean Cup.

Williams is currently in activity playing for the AIA Caledonia of Trinidad and Tobago where he takes advantage of his great height to defend the goal of his team. 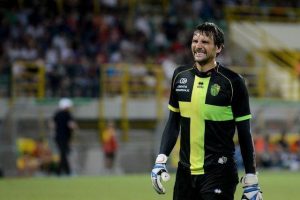 The podium begins to be formed by the Croatian goalkeeper Vanja Ivesa who spent most of his career as footballer playing for teams in his native Croatia.

He is the 3ª tallest goalkeeper in the world and he had an extensive career going through 10 clubs since 1995 when he started his activity as a footballer until today.

Within his extensive career, he stands out for having played at the Eskisehirspor in Turkey where he defended the goal of this team 132 times, leaving an excellent image of himself to the fans from 2008 to 2012.

At the age of 42, he is still playing for Opatija where he uses number 12 and brings his extensive gaming experience harvested in his long years as goalkeeper. 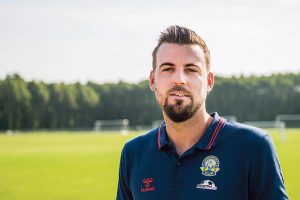 This young goalkeeper was born in 1984 in Denmark and is the second tallest goalkeeper in the history of football with 35 years, although he is already retired from this sport at a young age.

Although he is recognized worldwide for being the second highest goalkeeper that football had throughout so many years of history, this player never succeeded professionally and, after going through 5 different teams, he decided to retire in 2009 in Frem from Denmark.

This left a strong blow within football fans and led many to reflect because, despite having a height that stands out over others goalkeepers, he could not achieve the success that he expected in this sport demonstrating that much more is needed than height to be able to stand out in soccer. 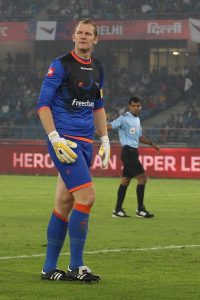 The first place in this ranking is taken by the Belgian goalkeeper Van Hout, who not only stands out for his height, but also for his incredible abilities as a goalkeeper that led him to be one of Belgium’s best goalkeepers.

His successful football career began in the KV Kortrijk of Belgium in the 2007-2009 seasons where he got his first joy as a professional footballer by achieving promotion with his team.

National champion of the Belgian Cup was consecrated for him with the KRC Gent in the cup played during 2013 and had an important participation in one of the most important teams of the Belgian league during the years 2009 to 2011 in the Standard Leija.

The tallest goalkeeper in the history of football has a successful career as a professional football player that continues to develop at the age of 32 in the KVC Westerlo of the second league in Belgium.

Although there are many goalkeepers who have an impressive height, these are the 10 tallest goalkeepers in the wide history of this sport. They are the ones who continue tasting the public with their incredible cuts under the goal either on video, for those who are no longer playing, or in the stadium.