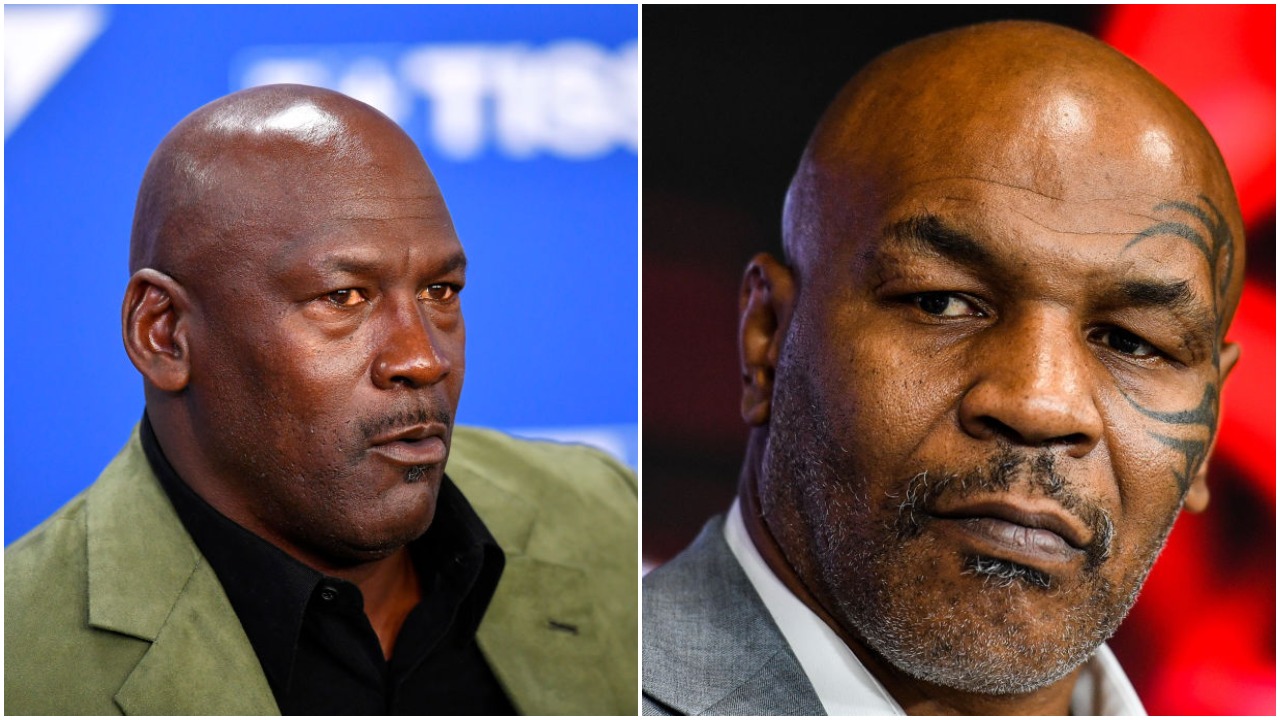 Iron Mike Tyson and Michael Jordan are quite probably the biggest names in the history of American sports. They dominated the sports scene throughout the ’80s and ’90s with their sheer star power and athletic abilities! These two legendary athletes reached the popularity levels of the great Muhammad Ali!

While Michael Jordan was tearing up NBA defenses and cementing his legacy as the basketball GOAT, Mike Tyson was taking heads and knocking some of the best heavyweight boxers out there. Iron Mike was truly the baddest man on the planet and no one on earth would mess around with the heavyweight champ, not even Michael Jordan himself!

Michael Jordan was a massive 6’4″ athlete at the peak of his physical prime in 1988 and he definitely held his own against others! Jordan, despite his greatness regularly got into scuffles on the court against his opponents.

Here is a compilation of MJ’s on-court brawls:

But MJ had to back out of a fight once! A fight he would never win, against the terrifying Mike Tyson. Tyson was in fact very close to kicking MJ’s legendary a** in a Chicago restaurant for dating his ex-wife, Robin Givens! Mike got a little tipsy on the night and that led to him being very agitated according to his then manager, Rory Holloway.

Tyson apparently started shouting across the table where Jordan was sitting, “Hey man, you think I’m stupid? I know you f****d with my b***h.” exclaimed the boxer. Micheal Jordan was petrified of the angry fighter and looked for a way out of the restaurant but Iron Mike wasn’t letting up!

Without the intervention of the other guests, Michael Jordan would have surely been beaten up that night in 1988. But Mike’s allegations about MJ hooking up with his ex-wife weren’t completely baseless. Jordan did date Robin Givens at one point in time, but that was before she even met Mike.

Mike Tyson and Robin Givens’s marriage was turbulent and they had already separated by the time Michael Jordan was confronted about the situation. Micheal Jordan can count his lucky stars Iron Mike didn’t get his hands on him, because he would not have survived such an onslaught! Many tougher men had tried by that point and failed miserably.

With that in mind, Here is a clip of Mike Tyson’s most devastating knockouts: