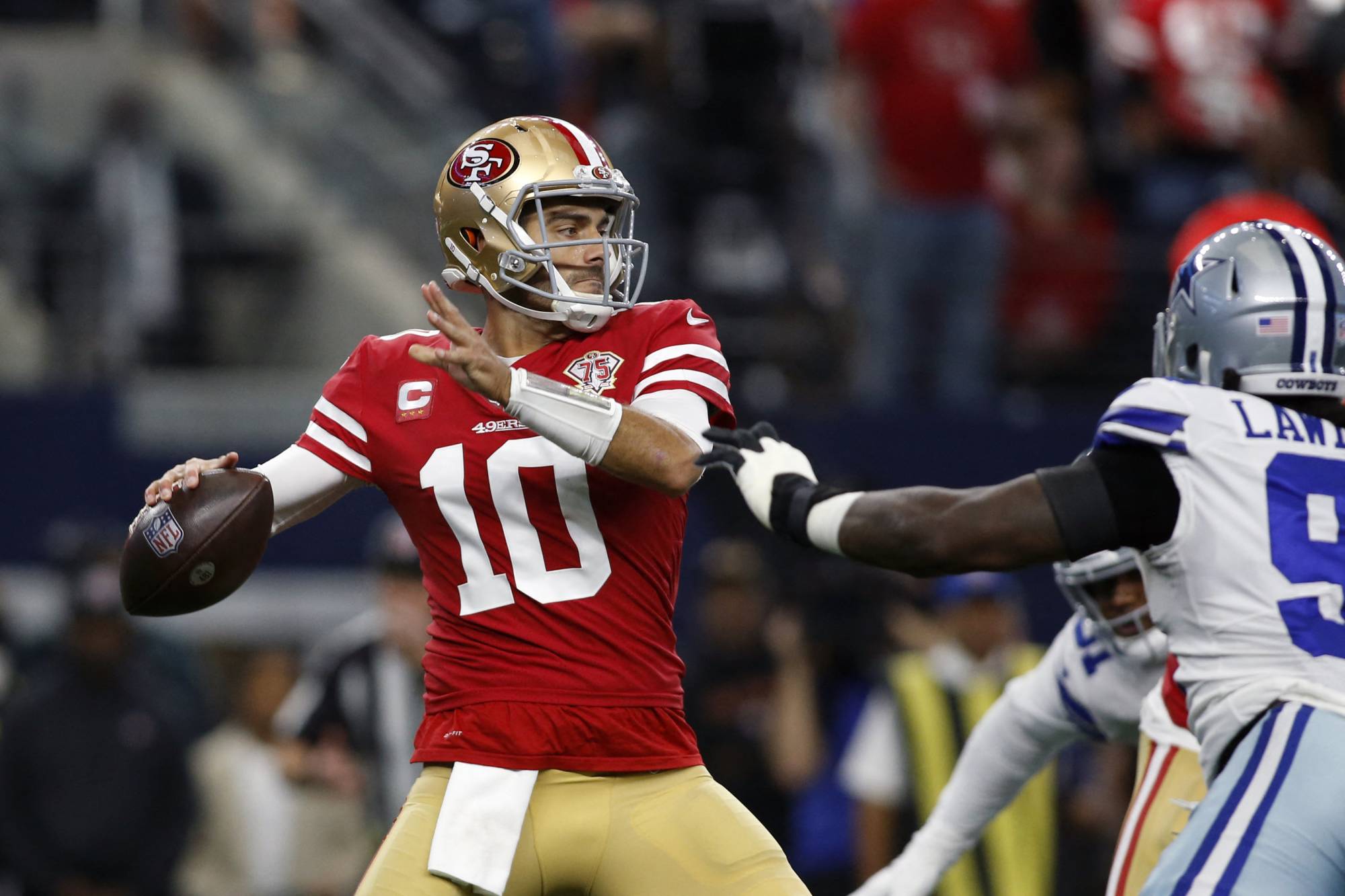 Jimmy Garoppolo is currently the highest paid quarterback in NFL. He is on a good radar as he had tailed  3,810 yards, 20 touchdowns and 12 interceptions last season, leading San Francisco to a 10–7 record.

But Jimmy did not had a big start with 49ers, considering his initial contract worth only $6.5 million for 2022.

Fate smiled on this 30-year-old star recently after the ankle injury of Trey Lance, making Jimmy the Niners’ main QB, which will require him to play about 15 more games .

He will get monetary incentives with every play, earning a bonus of $250,000 in every game where he plays more than 25% of the offensive snaps. Moreover, he will gain subsequently increasing bonus if the Niners make it to the play offs and keeps winning them.

With $29,411 active bonus per game, this NFL star has a fairly long list of incentives to enable-

It is clear as daylight that the team has made a desperate attempt to push their QB with motivational money to perform his best in Trey’s absence. Garoppolo can end up making another $3 million along with his yearly salary, if the 49ers make it to the super bowl.

Although this former backup QB did not particularly  put up an impressive performance in the previous time, the team seems to be keeping a high expectation from Garoppolo, making it a win-win situation for the both parties.

Fans look forward to accommodating to the change in Lance’s spot and hope that the monetary incentives will open the door to mutual gain for the team and the concerned player.