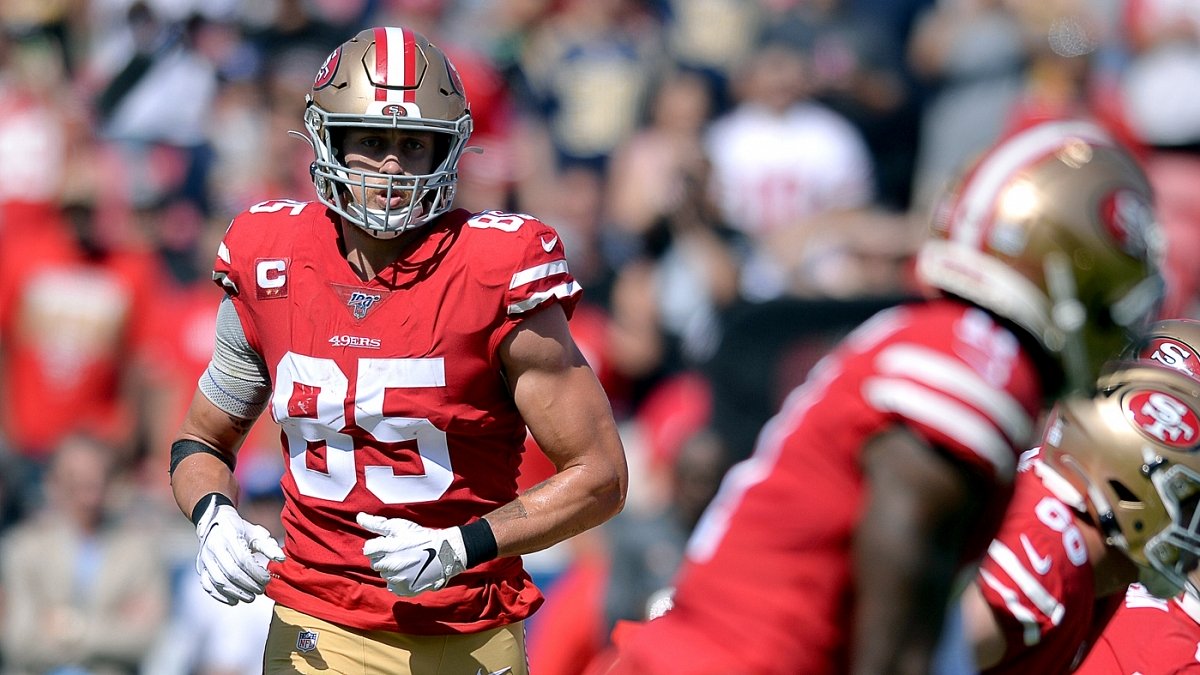 George Kittle, the 49ers TE has ranked 7th in the 2020 NFL Top 100 players. The news of Kittle’s setting such a remarkable history appeared on Wednesday night. His rank is the best for a tight end in NFL Top 100’s 10-year-history. Earlier in 2013, former 49ers star Aldon Smith ranked no.7 in the list.

Last year, Kittle ranked 29th in this ranking. That shows how much improvement he has made in a year.

Honored beyond belief. Thanks you guys..Just a kid living his dream! ?? https://t.co/iSBCQN6RxX

Without any doubt, Kittle has been a magnificent addition to 49ers since he joined them. Last year, the 26-year-old made it to first-team All-Pro for his performance. No wonder, 49ers would be looking forward to offering him a new deal.

“George is such a great fit for what we do,”  John Lynch told KNBR. “He’s a tremendous player. I’m sitting here looking at the vision statement for what we want in a player, and George checks every box. He’s tremendous. He’s what we want to be. I think it would be silly not to figure that out, so we’re going to do our best to do just that.”

Any other player would burst out in happiness after securing such a high rank in the NFL top 100. But a player like Kittle isn’t bound to be satisfied with his rank as he looks for more improvement.