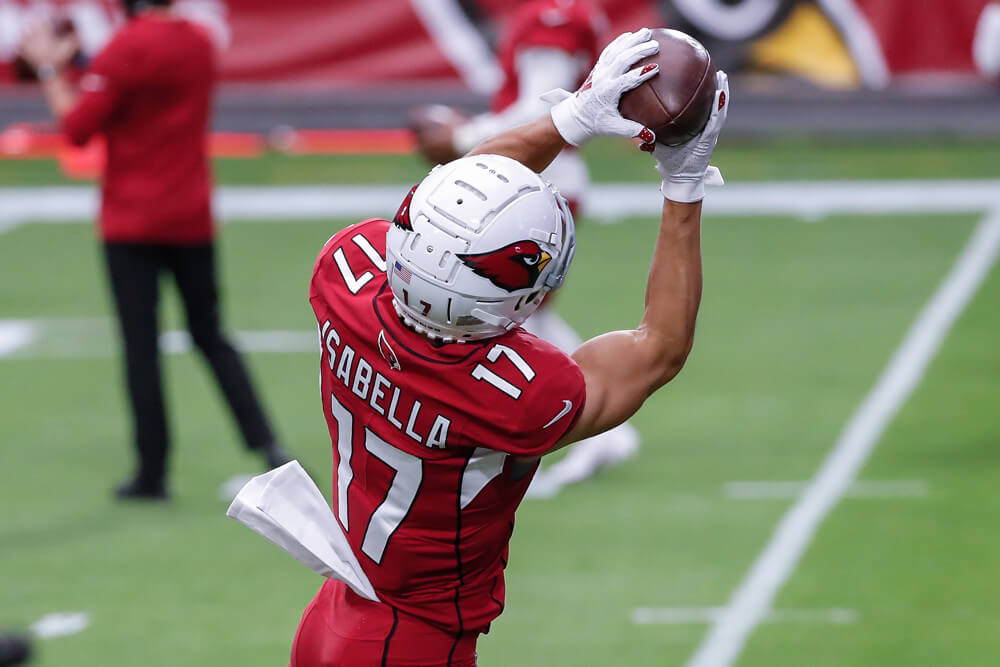 Not every anticipated transfers deliver, Cardinals’ wide receiver Andy Isabella’s 2019 move was one of them. The former second round pick had hard time settling in Arizona and after three years of frustrating relationship, the Cardinals have decided to move on from Isabella and replaced him with veteran center Billy Price.

The #AZCardinals have released WR Andy Isabella, who was subject to trade interest the last few years. They signed Billy Price off the #Raiders practice squad.

Why The Cardinals Released Isabella?

Isabella had a great preseason this year with the Cardinals and wanted that performance to count in the regular season’s team selection. Isabella also expressed his dissatisfaction. “They stacked the odds against me, but that doesn’t faze me,” he said. “I’m going to show up every day and do what I have to do. They can do whatever they want, they ain’t going to break me.” Isabella also asked for a tradeoff during the preseason although nothing happened.

After the regular season kicked off, Greg Dortch was starting regularly while Isabella was left on the bench. That led to even bigger frustration, and the Cardinals finally parted ways with him on Tuesday to make room for Billy Price on their roster. Isabella has only two catches for 21 yards this season. The 25-year-old finished his time with the Cardinals with 33 catches for 447 yards and three touchdowns.

The former first round pick Billy was on the Raiders practice squad this season before the 28-year-old was signed by the Cardinals. He was the 21st overall pick in 2018 by the Bengals.  Price started 15 of his 16 games with the New York Giants last season.

Rodney Hudson’s injury issues is the main reason why cardinals had to bring the center in as a free agent. Price will be reuniting with former Bengals wide receiver A.J. Green in Arizona.

Tom Brady, Gisele Bündchen hire divorce lawyers amid marital woes
Tom Brady Opens Up About Watching Jack as a Quarterback Like His Dad: ‘I Can Definitely Help Him’