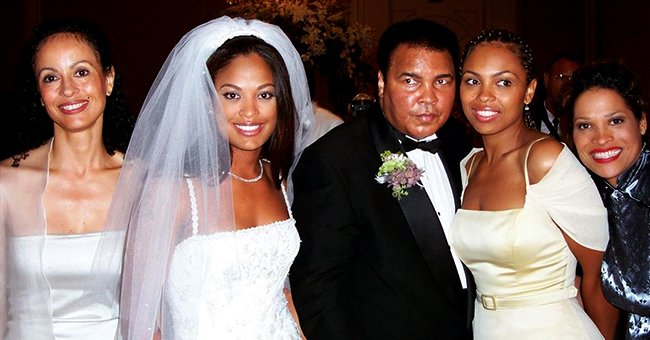 Laila Ali is a four-time unbeaten boxing champion, an author, and the wife of NFL wing right Curtis Conway, but her most notable title is that she is the daughter of boxing Legend Muhammad Ali.

Curtis Conway and Laila tied the knot in 2007, and now they are raising two young children. Both couples’ lives have undergone significant upheavals over the years, from changing careers to starting a family, but their ability to adapt to and support one another through these changes has strengthened their relationship.

In a 2019 interview with Kristine Leahy, Conway discussed meeting his father-in-law, Muhammad Ali, for the first time. Although he couldn’t recall the exact date, Conway felt he met Muhammad Ali “less than eight, nine, or ten months” after he and Laila Ali began dating.

The former NFL wide receiver revealed his nerve-racking experience meeting his girlfriend’s father for the first time. Meeting the legendary Muhammad Ali as Laila Ali’s “friend” was one thing, but seeing him as her boyfriend was quite another, according to Conway. 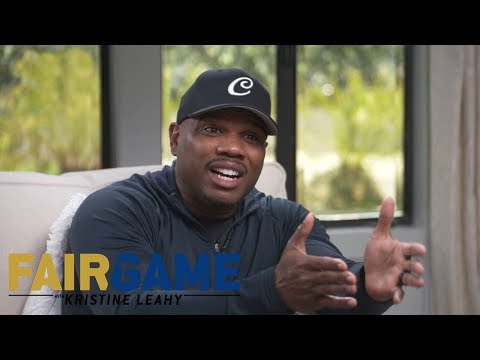 “He [Muhammad Ali] didn’t live here. But he was flying to town for different things. This is gonna sound crazy – If I was Laila’s friend, I would have wanted to meet that man (like) right off the hook. She asked me twice; he was in town. ‘Look, I’m going to see my dad. He’s in town. I want you to come.’ So, I made up all kinds of lies that I couldn’t come. Because I’m scared.”

“It’s one thing to meet him as a fan, but I’m meeting him as the boyfriend of his baby girl. I just envisioned he’s not gonna be Muhammad Ali, he’s gonna be [the] daddy. Daddy Muhammad Ali, not the boxer, not the man, that’ll be the dad. I ain’t trying to meet dad.”

Despite his reputation for knocking out opponents and exhibiting no mercy, Muhammad Ali is a loving father in real life. He took the first steps to introduce himself to Curtis and welcomed him with open arms. Curtis quickly felt at ease and was impressed by Ali’s friendly demeanor.

Conway added, saying, “It was so cool when I finally built up the courage to meet him. It was nothing like I expected. He immediately broke the ice. Immediately, you would have thought he knew me all my life. He started talking, and it was just a calmness that came over me.”

‘Iron Mike’ Tyson vs. Youtube sensation MrBeast becomes a “big possibility” as fans demand a ring bout amid two superstars
“Player safety should be like one of the most important things talked about” Rams’ CB Jalen Ramsey brutally criticizes NFL’s ignorant uniform policy