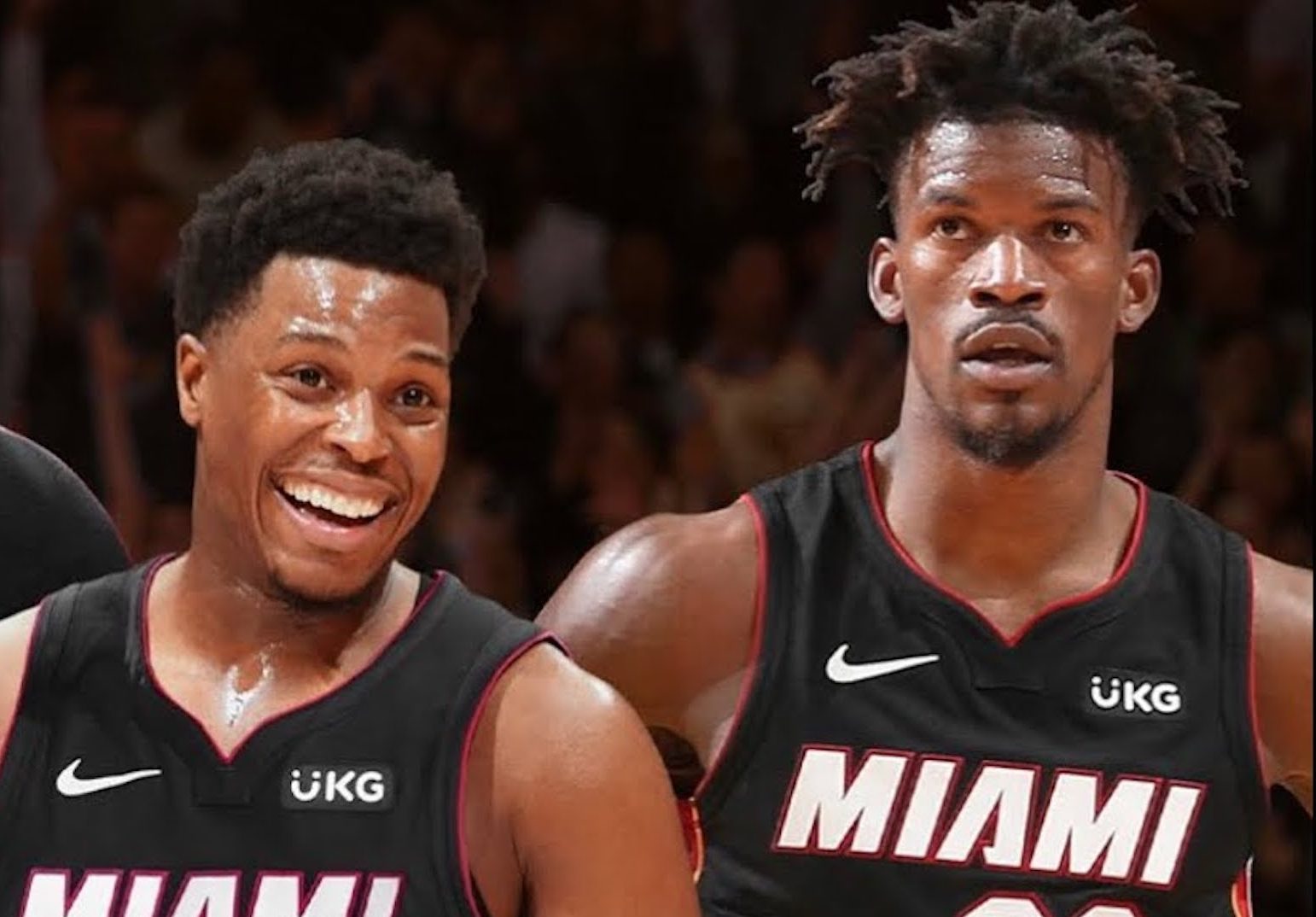 Facing elimination, the Heat stars rose to the occasion. After having terrible outings in Games 4 and 5, both Butler and Kyle Lowry showed up to the party in Game 6. Butler had a game-high 47 points, 9 rebounds, 8 assists, and 4 steals. Kyle Lowry, on the other hand, had 18 points and 10 assists.

The Heat were without Tyler Herro for Game 6 also. That left Jimmy Butler alone to carry the scoring load, which Butler delivered as well than ever. Butler scored 47 points in Game 6 to force a rubber match against the Celtics come Sunday night.

It looks like Kyle Lowry’s hasn’t been escaped from the brilliance of Jimmy Butler on Friday night even after the game was over. That’s how he reacted in the post match presser.

Lowry probably forgot where he was at the time, realizing quickly he started apologizing

“My bad, my bad. Don’t fine me NBA, that was really by mistake, I promise.”

Butler was very recently fined $15,000 by the league for an obscene gesture during the Heat-Hawks series. Makes sense why he wouldn’t want to be the only guy paying hefty fines.