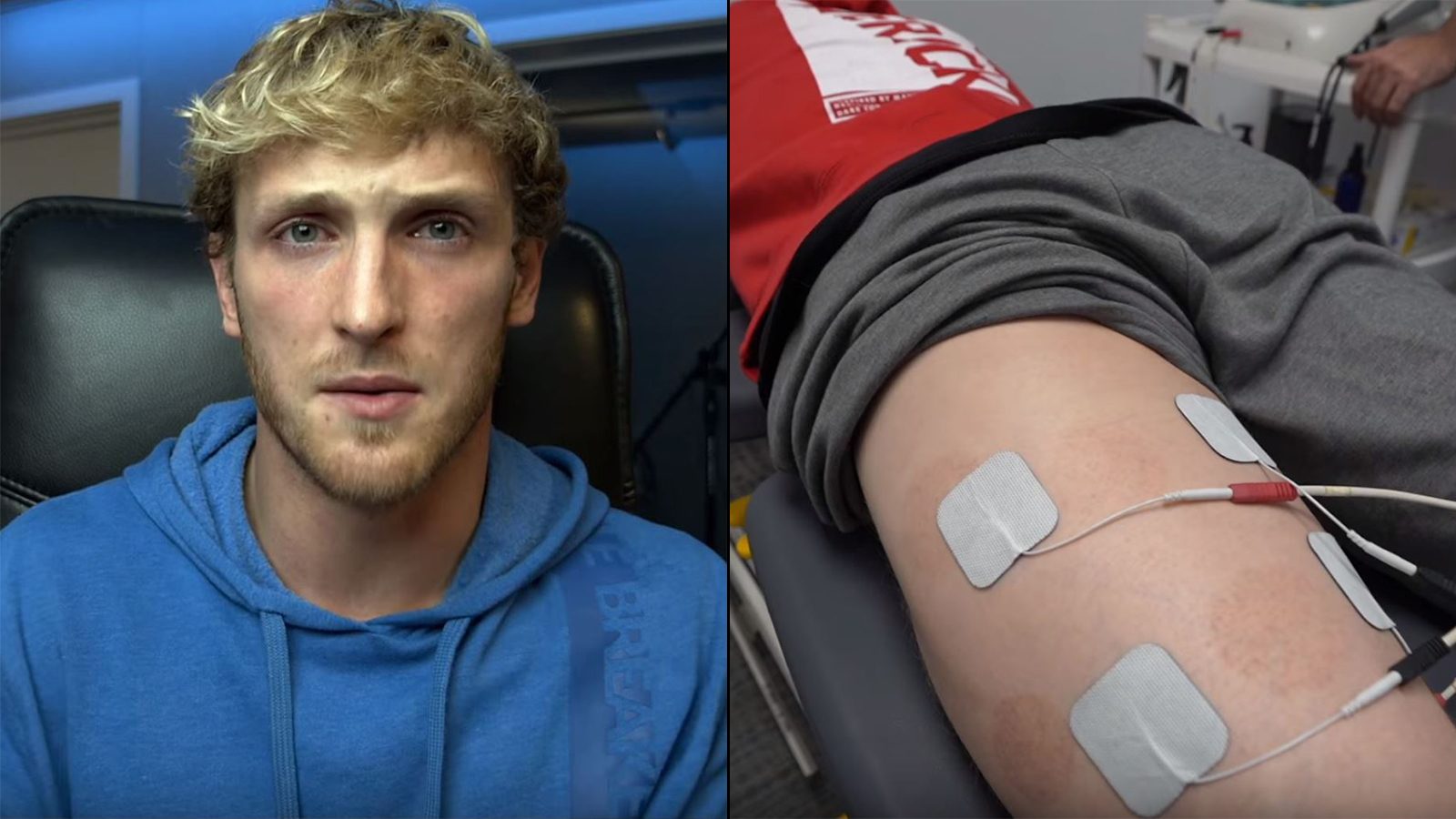 Logan Paul’s dog has bitten him in the d**k amid an Instagram workout session. The YouTuber turned boxer was working out with his dog in a video. As Paul was spinning his dog around and doing exercises, the less than pleased canine bit him right on the groin! This left Paul writhing in pain beside his pool. As his dog happily played with his contraption!

The dog in the video could not be identified as to which one of its many pets it was. Logan Paul is an avid fan of pets and has owned a variety of different animals. He is a lover of pets, especially dogs. According to records, so far Logan has had at least 4 known dogs! But currently, he is known to be the proud pet Dad of one Tibetian mastiff named Ginger and another Husky named Broley!

But his latest dog, who bit him in the d**k is clearly not fond of the antics he was having to put up with and took matters into his own paws! The dog has added to a prior injury Logan has on his groin! Here is the clip of Logan talking about losing 15% of his testicles:

Let’s hope the injuries to Logan Paul’s dick is not too severe!