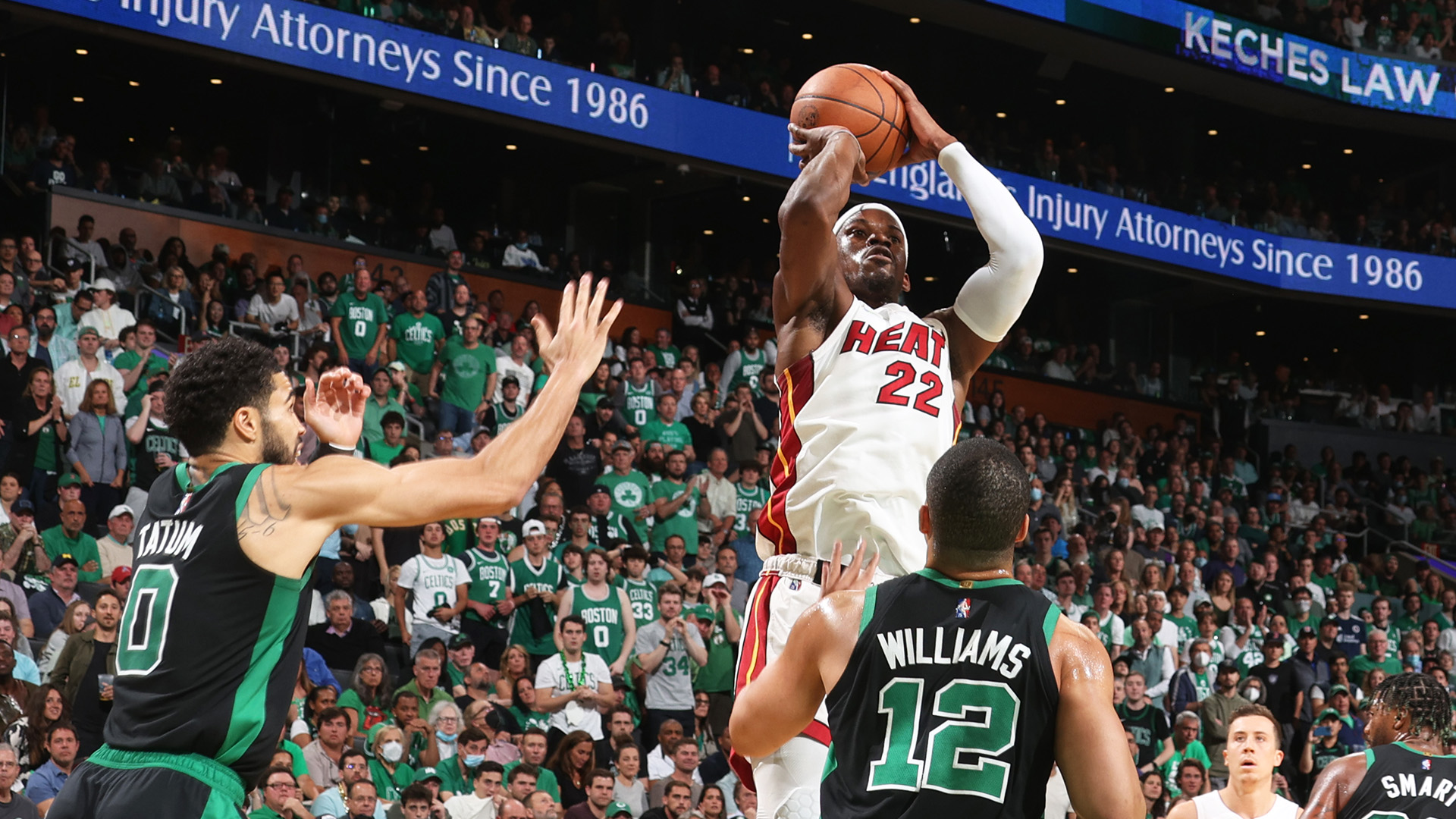 Jimmy Butler after scoring 41 points in Game 1 of the Eastern Conference Finals, the Miami star had been quiet over the three subsequent games so as the Miami were facing an elimination far trailing behind with the Celtics by 3-2.

But the NBA superstar made up his mind to come back in form and did in style in game 6 yesterday night. His 47 points performance is the reminiscence of what LeBron James did in an eerily similar situation for the Heat against the Boston Celtics in the conference finals 10 years ago.

Butler’s performance in game 6 is the highest among the Heat players and seventh most in the history of NBA. and highest for a Miami player, leaving behind  LeBron James and Dwayne Wade. Dwayne Wade did not spent a second to acknowledge the superstar tweeting just after the game 6 of Friday.

DWade urges his former teammate to acknowledge and make room for the future legend or who knows he’s already a legend.

Miami returned to TD Garden for Game 6 in 2012 trailing in the series, 3-2, following a convincing win for the Celtics in Game 5 on South Beach. LeBron proceeded to drop 45 points on 19 of 26 shooting, grabbed 15 rebounds and dished out five assists in a 98-79 win for the Heat to force a Game 7, a game Miami would go on to win, 101-88, eliminating the Celtics.

James’ 45 against Boston in Game 6 of the 2012 conference finals set the stage for a Game 7 win in Miami against the Celtics and LeBron winning his first championship trophy. After the performance of yesterday now the Heat hope something similar happens in 2022 by the hand of Jimmy Butler.

Butler after scoring 14 in the first quarter has never really looked back and slowed down, staging the similar kind of drama just like happened in 2012 with the Celtics. Heat fans now eagerly wants to see the same as 2012 and obviously they’ll like to see Jimmy in the role of King James.