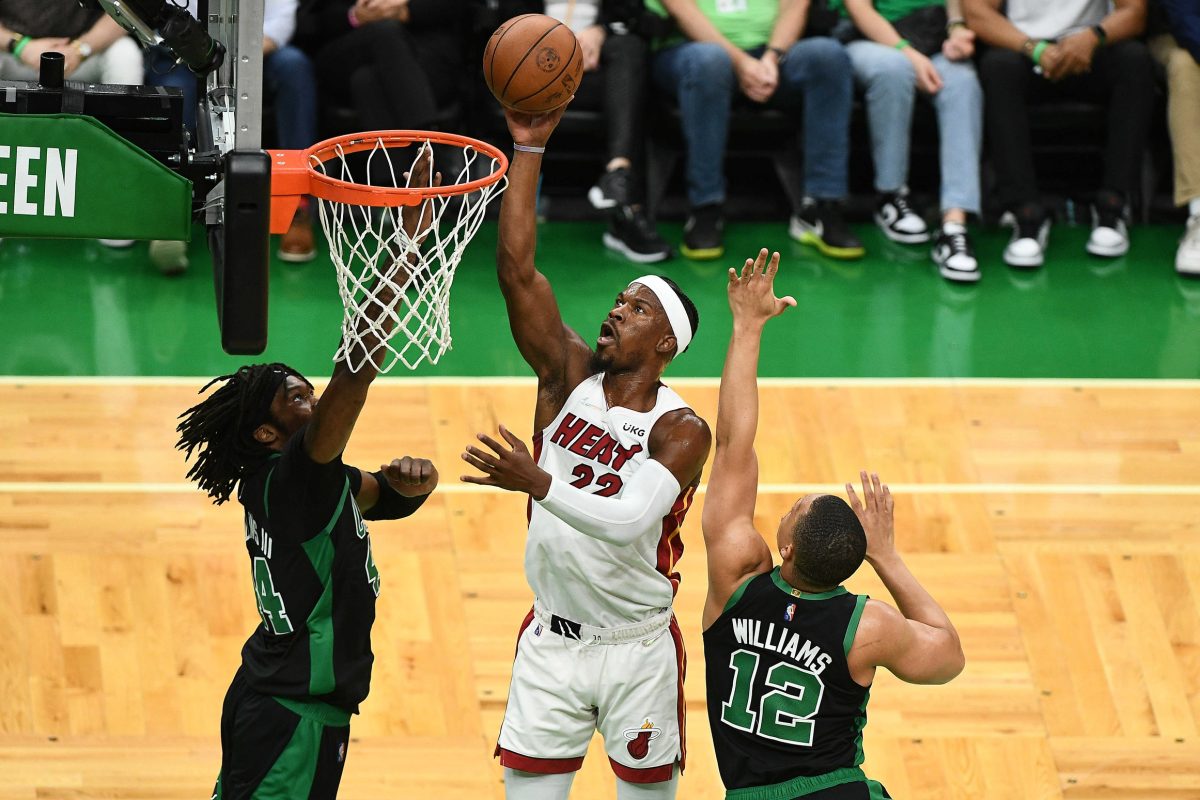 Jimmy Butler has had quite the rollercoaster of a series this Eastern Conference Finals. Game 1 saw him drop 41 points on the Boston Celtics and lead them to victory on their home floor. However, after a knee injury in Game 3, Butler shelled out merely 8 points that game but the Miami Heat still managed to pull through.

Butler later admitted speaking with ESPN’s Lisa Salters after scoring 47 points in a 111-103 win. He said that he was able to overcome his knee issues thanks to some inspiration from Dwyane Wade.

Jimmy Butler added that his poor performances had nothing to do with his knee injury. However, fast forward to tonight’s Game 6 and Jimmy Butler went into ‘2020 NBA Finals’ mode yet again. He had himself a career night, going off for 47 points on an incredibly efficient shooting clip of 16 29 from the field.

This doesn’t even include the rest of the work he did on the floor which included 9 boards, 8 dishes, and 4 steals. With the season on the line for the Heat, franchise legend Dwyane Wade dialed up Jimmy Butler to offer up some words of wisdom.

“I got a phone call and text message from Dwyane Wade earlier today and he was telling me I can do this. Knee is banged up, but nobody cares. Go out there and continue to build your legacy. That meant the world to me, so I appreciate you D-Wade.”

Butler has already taken the Heat to the NBA Finals once already and is looking forward for it the second time, and he is very close to what he want like he said, “One more win”.
Jimmy Butler and the team wants to grab up the match-7 between the Heat and the Celtics on Monday. It seems that for doing so Butler will need another phone call from Dwyane Wade before Sundays game.
Related Topicslatestnews