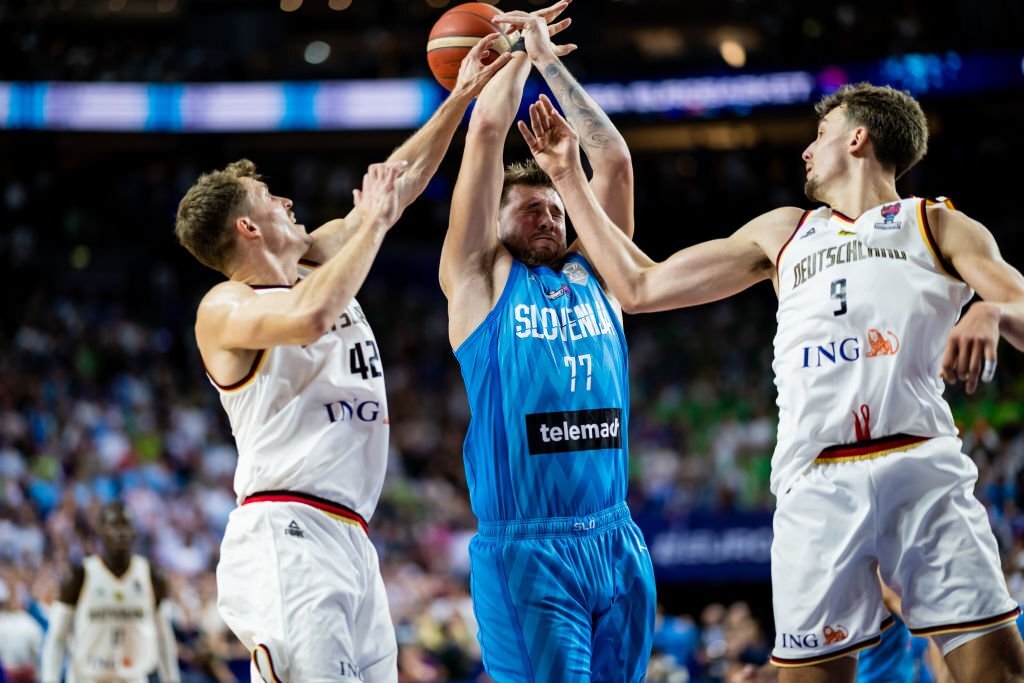 Luka Doncic was recently asked who he believes will score the most points in a single Eurobasket game between himself, Nikola Jokic, or Giannis Antetokounmpo. Doncic is a Slovenian superstar who finished with 36 points, 10 rebounds, and four assists against Germany on Tuesday.

Doncic placed his money on Antetokounmpo after giving the matter some deliberation. “I’d bet on Giannis,” Doncic said. “Why? Because he’s Giannis Antetokounmpo.” That’s a fair response, particularly in light of the fact that Giannis had just scored 41 points hours before Doncic faced Germany, which ended up being the most points in a EuroBasket game since Dirk Nowitzki scored 43 in 2001.

Slovenia defeated France 88-82 on Wednesday to earn the top seed out of Group B heading into the beginning of the knockout stage this weekend. Doncic scored 47 points, which is the second-highest total in the history of the European Championships. Not only did Doncic exceed Giannis’ record, but his point total also ranked second in EuroBasket history and was the most points ever scored in a single game in the tournament’s 65-year history.

“Luka, obviously, is a fantastic player,” one of the best defenders in the world, Rudy Gobert of France, stated. Doncic scored 27 of Slovenia’s first 36 points, connected on 15 of his 23 field goal attempts, and finished with a team-high seven rebounds and five assists.

Against Albania in 1957, Eddy Terrace scored 63 points for Belgium. The only other time in EuroBasket history that someone scored more points than Doncic did on Wednesday came in 1983, when Greece’s Nikos Galis scored 46 against Sweden.

Antetokounmpo had scored 41 points against Ukraine as of Wednesday, the most in this year’s EuroBasket. The fact that Antetokounmpo and Doncic both scored over 40 points in a game makes it the first EuroBasket tournament since 1987 where more than one player had a 40-plus point performance.

With 1:20 remaining, Goran Dragic’s basket broke the tie and gave Slovenia (4-1) the lead they would not lose. It was Slovenia’s way of getting even after losing to France in the Olympic quarterfinals at the Tokyo Games the previous summer. “Luka had a great night,” Slovenia coach Aleksander Sekulic said. “He spoils us so much. We think this is normal. This is not normal.”