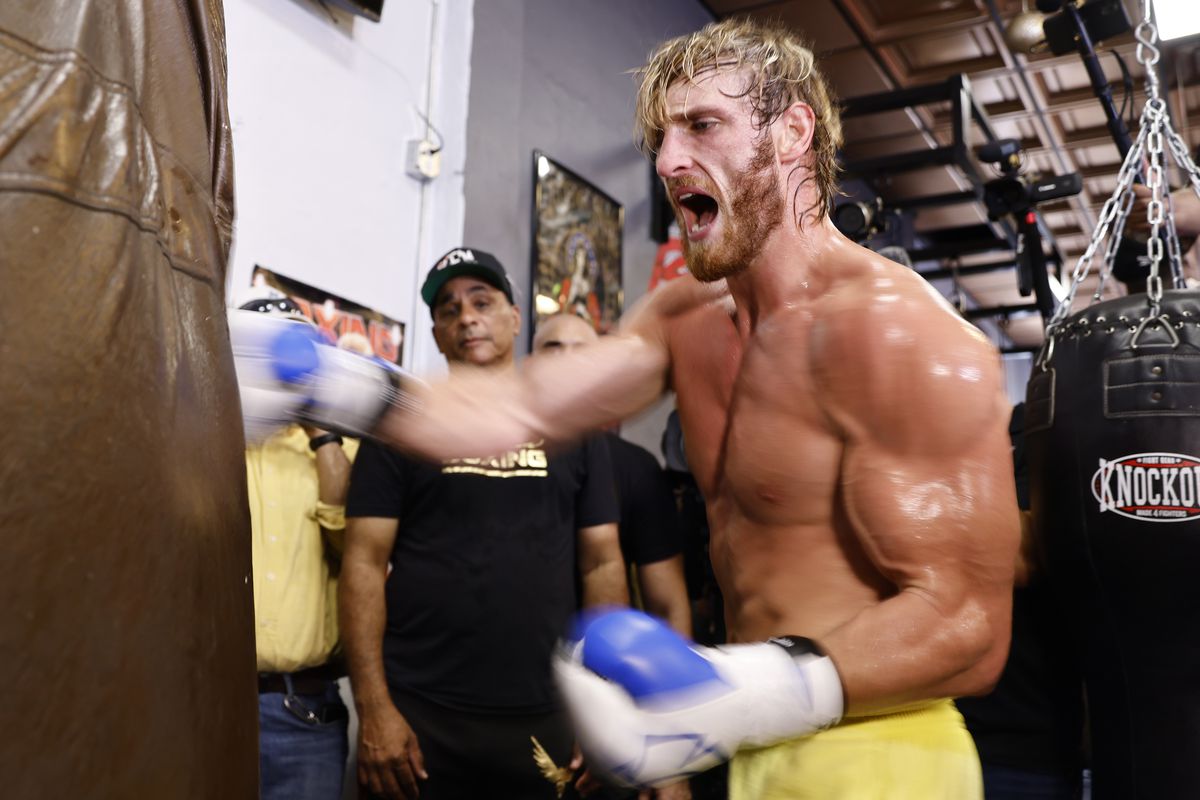 The match between Roman Reigns and Logan Paul was more stunning than fans expected it to be, as the fight was fought tooth and nail until the bitter end. Yet, after losing the match, despite being it’s just his third match in his entire wrestling career, older Paul brother demonstrated why he should belong in the ring.

Logan Paul fought for the WWE Universal title against the undisputed champion last Saturday at the Crown Jewel, where he demonstrated some incredible skills that no one had anticipated. For example, when he jumped from the top of the rope onto the undisputed WWE champion while filming himself on his phone. Later on, the Youtube-turned-wrestler announced on his Twitter account that he had a torn meniscus as a result of the fight with the tribal chief.

Yet, the social media sensation was vanquished in the Crown Jewel by the undisputed champion. Following the battle, ‘the Maverick’ disclosed to everyone his torn hamstring, stating that he blew his knee midway during the encounter, resulting in several injuries. Although he had ruptured his ACL and MCL, as well as a damaged meniscus, the injury was not severe, and fans hope to see the savage back in the ring soon.

“The fact that we did that match and had the reaction that we had and the fact that I fu**ing blew my knee out halfway through and somehow finish that match. And when it happened yo, I wasn’t sure if I was going to be able to go off the rope, let alone jump over the rope. I didn’t know how I was going to finish the match. I am fully committed in my head to losing this leg. I’m not kidding,” said Logan Paul.

The 27-year-old is incredibly devoted to his wrestling profession. The Crown Jewel of this year was a prime example of this. As previously indicated, he is willing to give up his leg for the main event bout. Even though many people were skeptical about his wrestling career at first, the former YouTube sensation proved everyone wrong. Earlier, Paul’s coach emphasized the newest WWE prospect’s love of wrestling. Later, the social media avatar declared that wrestling is one of his strongest suits.

Despite sustaining a minor injury, Logan Paul has set his sights on a match against John Cena at WrestleMania 39. It remains to be seen whether the contest will come to fruition or not. Also, The Bloodline feud is still ongoing, so the door is still open for a possible rematch between The Bloodline and the Paul brothers in the future.