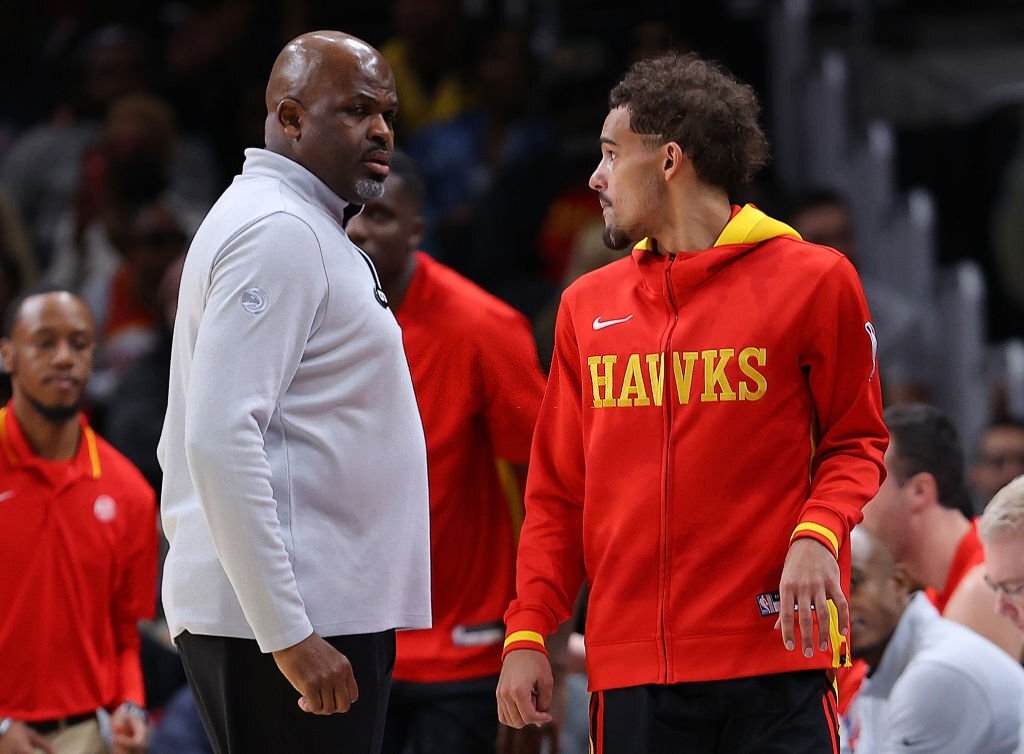 The fight between coach and player isn’t uncommon in sports. Nate McMillan and Trae Young of the Hawks recently made a controversial event.

As per Young, he and Hawks head coach Nate McMillan have patched up their differences after his absence from a game last Friday.

Young, the team’s top scorer, missed the victory against the Denver Nuggets because of an injured shoulder. Only seriously wounded players often miss home games.

“I mean, it was just a situation,” Young stated from shootaround. “I mean, we’re all grown men here and there are some times we don’t always agree. And it’s unfortunate that private situations and private conversations got out to the public. But I guess that’s the world we live in now.

“But yeah, I’m just going to focus on basketball and focus on helping my team win. And that’s what I got to be focusing on.”

Even though Young was starting for the Hawks in their game against the Thunder, he refused to speak to the media before tipoff. However, McMillan informed reporters that he had addressed the team and spoken with Young during the morning shootaround.

“Trae is a very competitive kid,” McMillan stated. “He understands. We both want the same thing, which is to win games. Again, things happen. We’re not going to agree on everything. That happens in your family, too, right? It’s not always going to be a perfect situation. He’s going to be fine.

“He is a 24-year-old man that has a ton of talent. He wants to win big. I want to win big. We’re going to continue to work on ways to try to make that happen.”

After hearing that Young would be sitting out shootaround, McMillan gave him two options: play off the bench or not play at all. Young chose the latter, and he was declared inactive with a shoulder ailment.

Trae Young’s absence vs. Nuggets was due to spat with Hawks coach, per report https://t.co/DVm46HbV7t

Young was furious that the information was made public, considering he had led the NBA in both scoring and assists in the previous season.

“Like I said, it’s a private matter,” Trae stated. “Again, made public, which is unfortunate. And if it was to stay private, it probably wouldn’t have been as big of a deal. But like I said, it’s unfortunate and my job, and my goal is to win championships. And that’s what I focus on.”

Everyone practiced today except for Justin Holiday (health and safety) and Trent Forrest (concussion protocol).

As far as Trae Young’s absence Friday night, Nate McMillan said it was a miscommunication; declined to go further on it.

McMillan insisted that Young wasn’t ordered to miss the game by him.