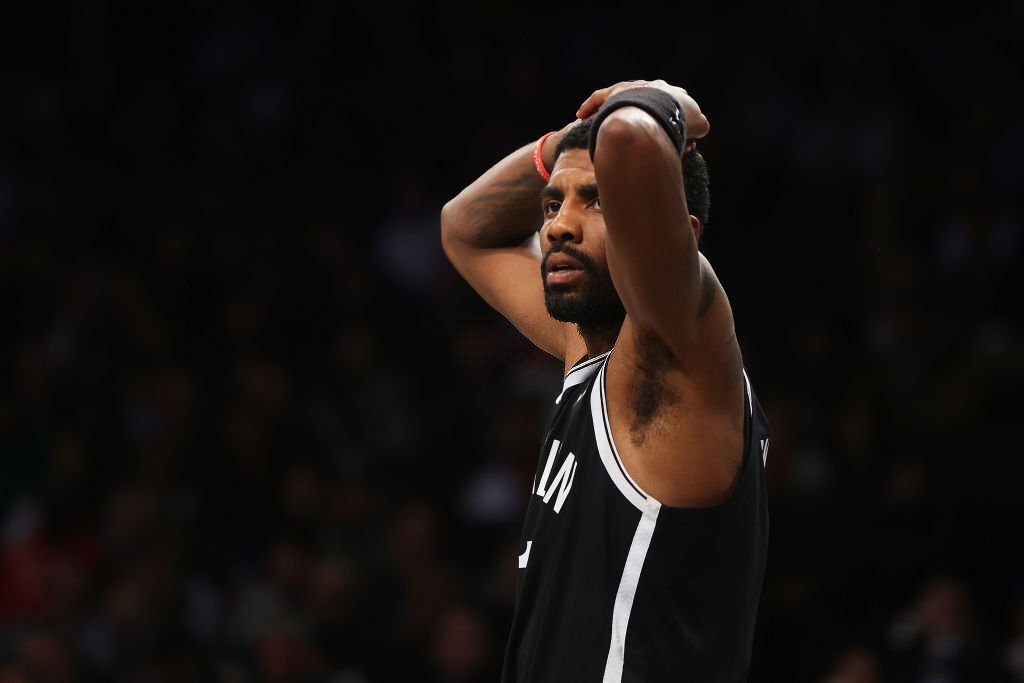 Partnerships with sports brands like Nike, Adidas, and Puma are always a dream for every athlete. Kyrie Irving was one of them but something went really wrong.

After Nike halted its cooperation with Brooklyn Nets point man Kyrie Irving and scrapped the release of his planned Kyrie 8 signature sneaker last month, Nike said on Monday that the brand has completely terminated relations with Irving.

“Kyrie is no longer a Nike athlete,” a Nike representative stated.

Following October 1, 2023, the company’s signature endorsement arrangement with Irving would have ended. After Irving posted a link to antisemitic content online, the contract was canceled 11 months before its original expiration date.

In October, Irving shared a link to a book and movie on Twitter that both included an antisemitic message. At first, he refused to apologize.

Irving took to Twitter Monday to write, “Anyone who has even spent their hard-earned money on anything I have ever released, I consider you FAMILY and we are forever connected. It’s time to show how powerful we are as a community.”

Kyrie Irving is no longer a Nike athlete, Nike spokesperson says. The sides have parted ways one month after Nike suspended its relationship with the Nets star. Irving has one of most popular signatures shoes in the NBA and is now a sneaker free agent.

The majority of NBA players (about 68%) wear Nike shoes on the court. Each year’s Kyrie model has become one of the most sought-after sneakers in the NBA since the debut of the Kyrie 1. KixStats.com reports that thus far, 164 players have used the Kyrie 7 during games. Dozens of players like the more affordable Kyrie Low model, while others stick to older releases.

As per the media, now that Irving knows the contract will be terminated far before its 2023 expiry, he is free to negotiate an endorsement agreement with any shoe brand he wants.

After signing with Nike as a rookie in 2011, Irving finally got his own signature shoe in 2014.