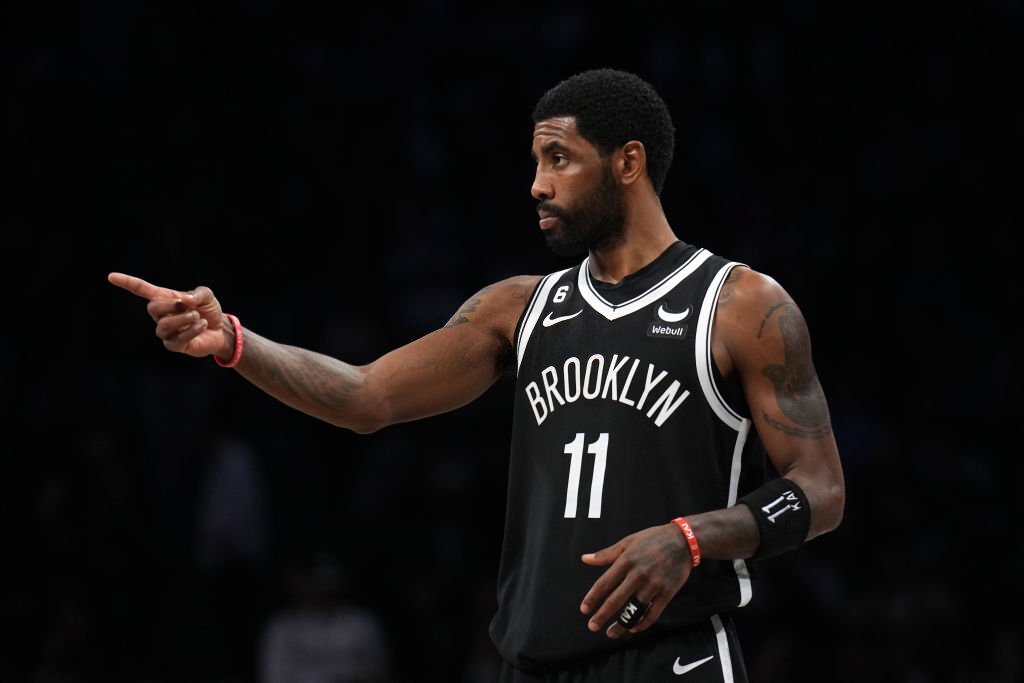 Kyrie Irving’s suspension stems from his history of defending an antisemitic film. The ban on his playing has expired, and he is currently playing. Irving and ESPN’s Nick Friedell engaged in an unspoken battle last night.

The nets point guard, Irving forced an ESPN reporter to dig for information.

When the Nets star supported a film rife with antisemitic stereotypes, Irving and Nick Friedell got into a heated exchange on social media.

“Do you remember a stretch where Kevin’s been this efficient?” Nick questioned, following Durant had a three-game stretch when he shot 44 percent from the field.

“Yes,” Irving stated in one word.

Friedell questioned again to get details, “When was it?”

After realizing Friedell was engaged in a game of cold war, he laughed it off while Irving beamed.

“But he’s 44 of 64,” Friedell informed and Irving replied without interest, “Mmhmm.”

In the end, Irving left the floor and Nick went on saying, “I mean, maybe not the efficient number, but we’ve seen Kevin go on a 30-point barrage when he won MVP, right? I don’t know how many games he went 30 in a row, but hopefully he keeps it up.”

After a difficult start to the season, the Nets have won three straight and six of their past eight games.

Irving was suspended by the club for eight games after he promoted the video “Hebrews to Negroes” and showed a lack of remorse when confronted about the matter.

While having a silent war between them. Nick asked the point guard about promoting the film and book again and Kyrie replied, “Can you please stop calling it a promotion? What am I promoting?” he went on, “Don’t dehumanize me up here. I’m another human being. I can post whatever I want so say that, shut and down, and move on to the next question … Make another Instagram clip so you can be famous again. Next question.”

“Can you please stop calling it a promotion? What am I promoting?… Don’t dehumanize me up here.”

Kyrie Irving and Nick Friedell have an exchange during the Nets postgame press conference.

This was Irving’s first, indirect method of punishing the ESPN reporter who had previously wronged him.