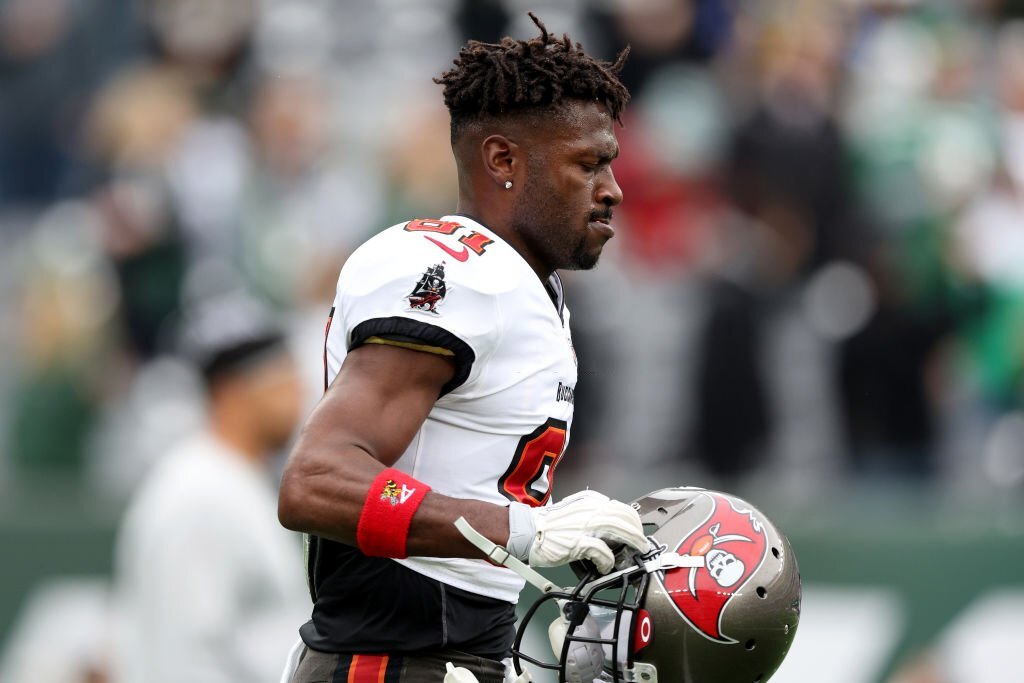 Antonio Brown is an aggressive wide receiver for Tampa Bay Buccaneers. But, nobody knows his off-field aggressive attitude that has been discovered by Tampa police recently.

As per the police report, Brown, 34, and a lady got into a heated argument at a residence in South Tampa on Monday. According to investigators, Brown was arrested after he allegedly attacked another person with a sneaker.

An arrest warrant has been issued for Antonio Brown in Tampa, Florida on a battery charge stemming from an incident on Nov. 28.

The woman was allegedly locked out of the house after Brown tried to evict her, according to the police.

Brown is being sought for a battery.

Brown, who is presently unsigned, has been arrested many times during his professional football career. He was accused of rape in 2017 and 2018 in a federal complaint filed in 2019 that was settled out of court. Brown subsequently lost his endorsement from Nike and his job with the New England Patriots.

After being accused of attacking a moving truck driver with his trainer at the time, Glen Holt, Brown pleaded not guilty to felony burglary and violence charges in 2020.

In 2020, Brown signed with the Tampa Bay Buccaneers, but he was cut shortly after the start of the 2022 season when, during a game against the New York Jets, he bizarrely removed his shoulder pads, jersey, and undershirt. The Buccaneers refuted his claims that he was pressured into playing while injured in the ankle.