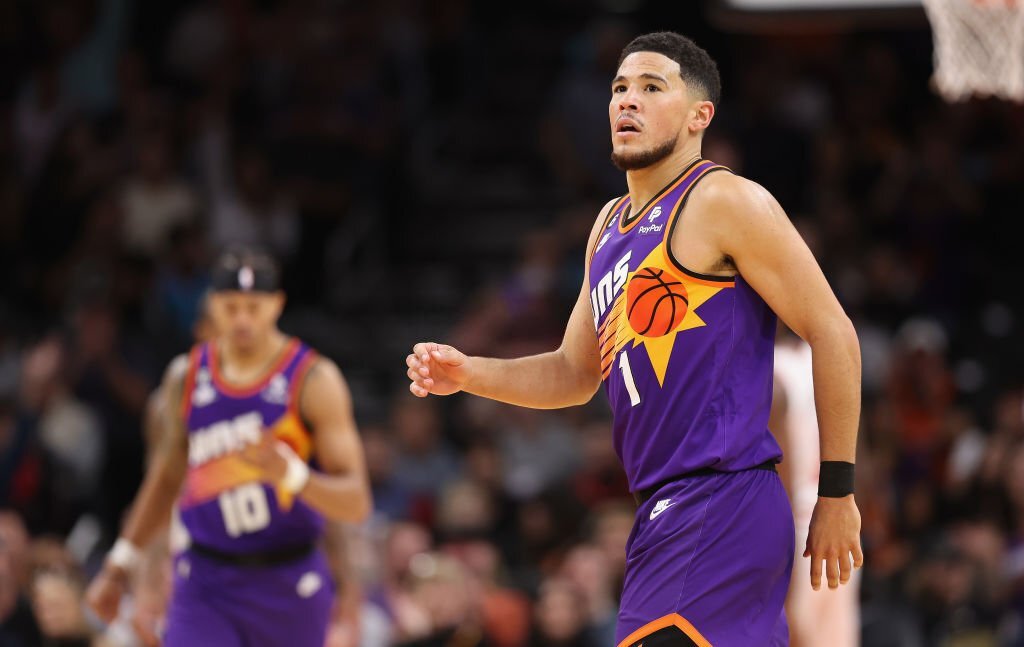 Devin Booker, a small forward for the Phoenix Suns, put on quite a show Friday night. NBA universe was amazed to see him.

The Suns beat the Chicago Bulls for their sixth consecutive victory on Wednesday night, and although many players had strong games, Booker’s accomplishments stand out.

Booker had 51 points at the end of the third quarter but didn’t get any playing time in the fourth. It was just the fourth time in his career that he scored more than 50 points in a game.

Booker’s performance was even more remarkable when one considers that he was only on the court for three-quarters of the game since Phoenix had already secured victory by that point and Booker did not see any action in the final period. The final score was 132-113, a victory for the Suns. Booker’s 50-point game was his fourth such effort in his career and his first since 2019. In 2017, he shot a 70, a new personal best.

Devin Booker is the 2nd player over the last 25 years with 50 points and 80% shooting through the first 3 quarters of a game, joining James Harden on Nov. 5, 2017 against the Jazz. pic.twitter.com/RYkK1F17B0

The NBA universe showed interest in his stunning performance.

"The guy's just a stone-cold scorer, he's a professional and he's getting it done on the defensive side of the ball, too. He's really turned a lot of naysayers into supporters."

Suns fans, take your victory laps. We TOLD the world that Devin Booker would be this when he was 18,19. We got made fun of. Look at what he’s turned into.

To this point in the season, Devin has been phenomenal, and he is a big reason why the Suns have the best winning percentage in the Western Conference. Booker is averaging a career-high 27.9 points per game, coupled with 5.8 assists and 5.4 rebounds per contest. This comes on the heels of his 44-point performance against the Sacramento Kings on Monday night.

Booker has been one of the league’s best players for quite some time, and he appears to have taken another leap forward this season. He and the Suns, if they can keep this up, have a chance to win some silverware at the conclusion of the season.