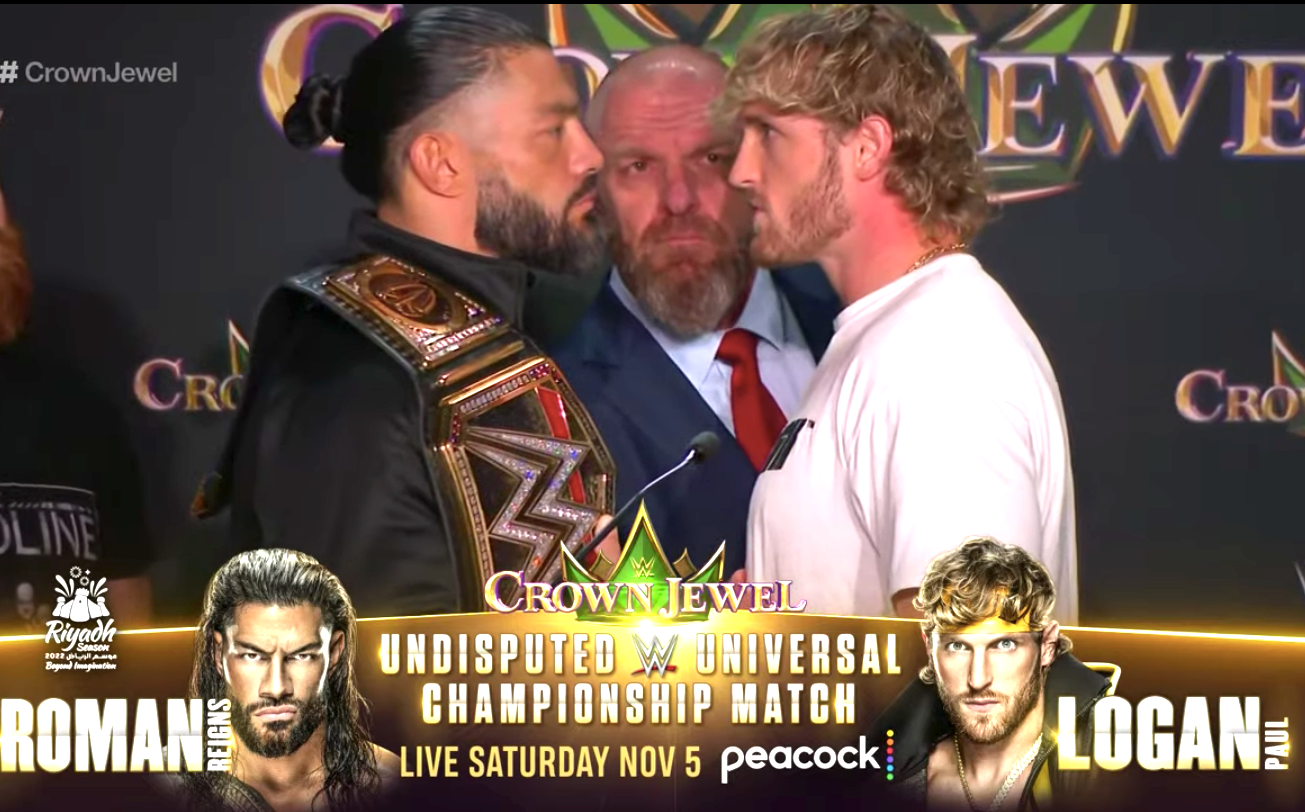 When new WWE events are announced, Logan is one of the fresh names that surface. He was a YouTuber who changed his career to wrestling after becoming controversial and receiving criticism from numerous followers and celebrities. Despite the fact that his recent WWE career has been nothing short of a fairy tale, Paul finally has his much-anticipated Crown Jewel bout against none other than the Tribal Chief.

Paul is set to face Undisputed WWE Universal Champion Roman Reigns at next month’s Crown Jewel in Saudi Arabia. This will be the YouTube sensation’s third-ever match in pro wrestling, with the other two coming at WrestleMania 38 and SummerSlam this year.

That being said, various reports have recently suggested that SmackDown star Drew Gulak has been training the former boxer. Gulak will be training Logan Paul in Puerto Rico to help him prepare for his upcoming match. Moreover, Logan posted a video on Twitter saying, “I AM THE TABLE @ WWE.”

I AM THE TABLE @WWE pic.twitter.com/IMvAGWBXGd

Our insider sources have revealed that Logan is kind of a big deal to the Saudi Arabian prince, and that’s the whole point of the Crown Jewel pay per view. Tickets in Saudi Arabia mean nothing. It’s not even part of the game. If he draws younger viewers, that’s good, but it’s not a play for TV ratings.

This is the sole reason why WWE gave the green light to a Paul vs. Reigns main event even after receiving a lot of backlash.