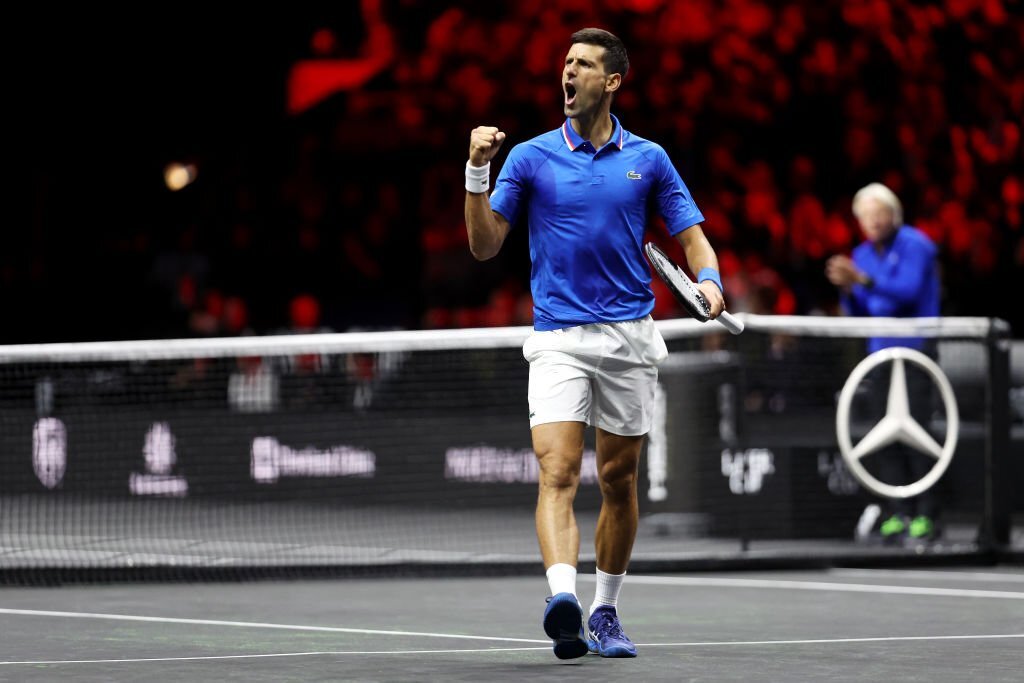 Since the retirement of Roger Federer, the tennis world has been divided between two main players, Rafael Nadal and Novak Djokovic, 35, but the Serbian has proven himself better than his Spanish rival as the most ranked player for 350 consecutive weeks at the top of the men’s table.

Despite having won one fewer Grand Slam (21) than Nadal (22), Djokovic recently revealed some key points about himself that inspired him to stay on the court and play superbly alongside younger players.

How did Novak Djokovic explain his development tactics in tennis?

Novak Djokovic, the number seven in the world, faced ups and downs throughout the year due to his ‘unvaccinated’ status, which cost him major tournaments like the Australian Open, US Open, and others. Apart from this, the Serbian sensation suffered a few minor injuries this year, which also hindered his progress during this tenure.

As a whole, Nole found himself in an ambiguous position since the beginning of 2022. However, his determination to reach the summit of tennis gave him the prestigious Wimbledon trophy through which he surpassed the legendary Roger Federer and became the most successful champion in history with seven titles to his name.

Djokovic asserted the reasons behind his ‘Never Give Up’ attitude by saying, “There is no key or secret that will solve this question. It is a combination of factors and elements that are part of your character, your ecosystem, how you have grown, who you are, how you train or your lifestyle.”

Few critics also praised his explanation and justified his mentality which made the Serbian more sensible than others off the court. Additionally, Novak expounded that this comprehensive picture of success is created by all of this and the approach has been successful for him, but often he had made a point to continually innovate and change things up because he never believed in stagnation. He also added that there can only be development or regression in the path of success.

Novak also acknowledged the higher energy of the talented young players like Carlos Alcaraz and others who are gaining the spotlight at a very tender age and are ultimately challenging their experienced counterparts like Nadal, Djokovic, Murray and many others. He then added, “I also try some new things, because I always want to progress. Especially when you have guys like Alcaraz, who is full of power and adrenaline. So you always have to figure out how to improve and take yourself to a higher level.”

On the other hand, the Serbian has repeatedly demonstrated that his physical, mental, and tennis skills make him the most commanding player in the recent ATP circuit, despite missing countless professional events across the world this year.