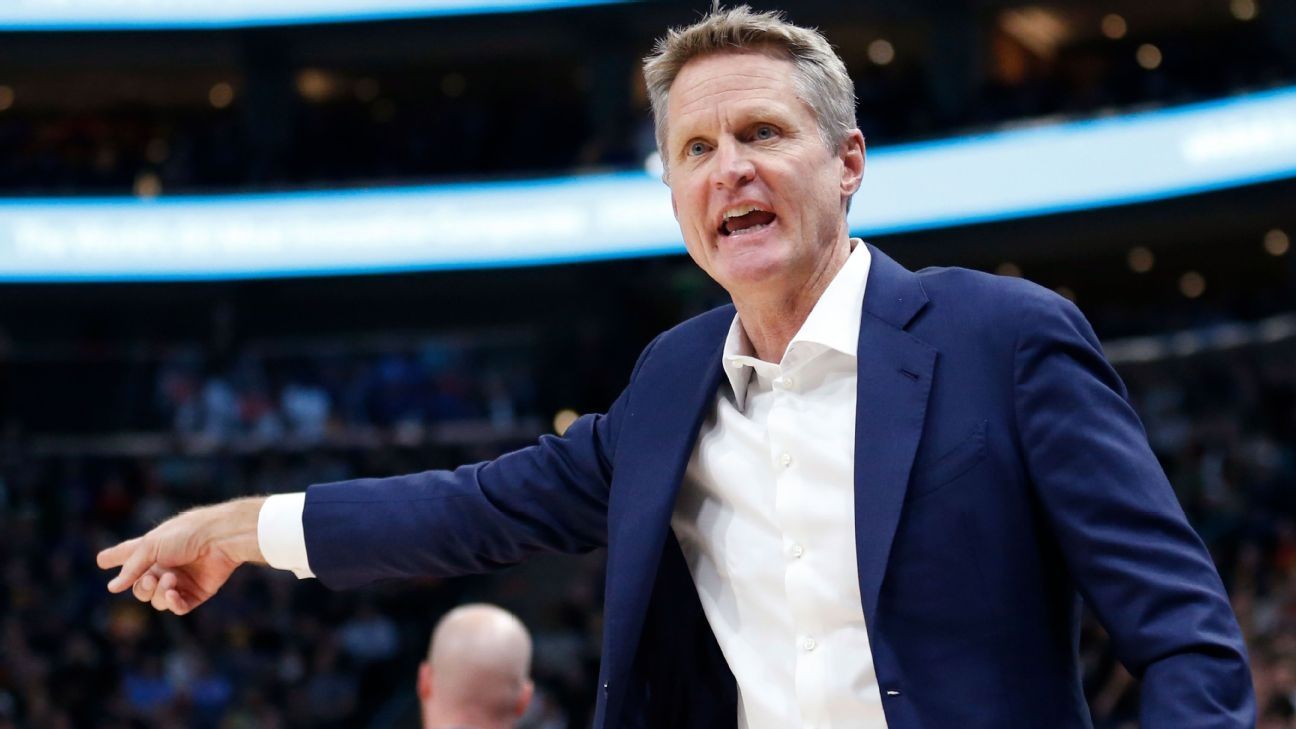 Golden State Warriors’ Head Coach Steve Kerr  has given a passionate speech condemning the US senators’ failure to stop gun violence. Kerr was reflecting on the deadly school shooting in Uvalde, Texas, where a total of 21 people lost their lives, including 19 children.

Steve Kerr said, “I’m not gonna talk about Basketball. Nothing’s happened with our team in the last six hours. We are gonna start the same way tonight. Any Basketball questions don’t matter. Since we’ve left the shootaround, 14 children and a teacher were killed 400 miles form here. In the last 10 days, we’ve had elderly Black people killed in a supermarket in Buffalo, we’ve had Asian churchgoers killed in Southern California. Now we have children murdered at school.”

“When are we going to do something?”, a teary Kerr questioned as he slammed his hands on the table in frustration. “I’m so tired of getting up here and offering condolences to the devastated families that are out there. I’m so tired. Excuse me. I’m sorry. I’m tired of moments of silence. Enough.”

“We can’t get numb to this. We can’t sit here and just read about it and go, well let’s have a moment of silence. Go Dubs. C’mon Mavs, let’s go,” Kerr said. “That’s what we’re going to do. We’re going to play a basketball game. Fifty Senators in Washington are going to hold us hostage.”

“Do you realize that 90 percent of American, regardless of political party, want background checks? … We are being held hostage by 50 senators in Washington who refuse to even put (HR8) to a vote, despite what we American people want. They won’t vote on it because they want to hold onto their power. It’s pathetic. I’ve had enough.”

The perpetrator was identified as Salvador Ramos, an 18-year old Uvalde resident. He acted alone in the shooting, and was taken down by border patrol at the request of law enforcement.

Shootings in Texas are not uncommon. This is the eighth mass shooting in a Texas public space. The Uvalde massacre is also the second deadliest grade school shooting in the US.