Is Jamal Murray turning out to be the new Steph Curry in this postseason? 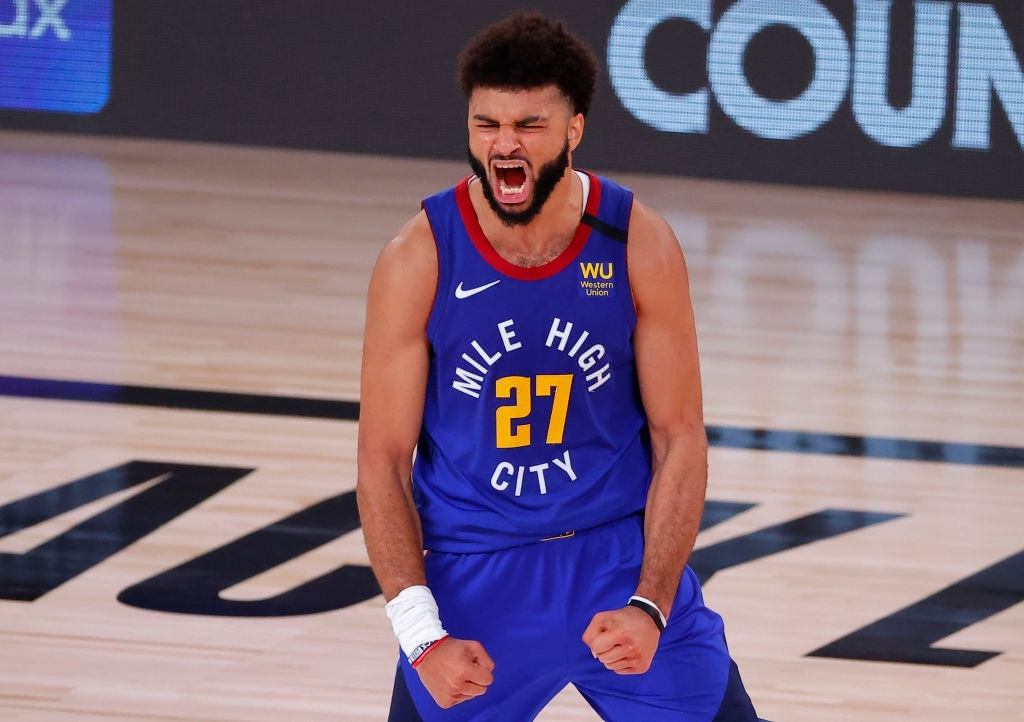 The Denver Nuggets have been an absolute delight to watch this postseason. The way their two superstars Nikola Jokic and Jammal Murray have played, it reminds everyone that this Denver Team is something to look out for sure.

Indeed the way they came back from a 3-1 deficit against the Jazz and Clippers, it must’ve shaken you up. Since we are talking about the Denver, let’s talk about their Superstar Jamal Murray.

If you missed the game three against the Lakers last night, I suggest you to take a look at the highlight reels. And after seeing that, we can both agree that this brother Jammal Murray is something else as he had almost a triple-double last night. He led the Nuggets to victory with 28 points, 12 assists, and eight rebounds.

All the clutch three-pointers that Jamal Murray had made reminded us of the great two times unanimous MVP, the baby-faced assassin Stephen Curry. Steph was the 2015-2916 scoring champ.

And in his first postseason, he had 44 points match against the Spurs, which was his highest at that prime time. Murray had two fifty point games against the Jazz in the first series of the playoffs.

After seeing the long-ranged clutch three-pointers, I am sure, all the Denver fans went nuts. If this performance, especially the fourth quarter performance, doesn’t remind you of the young Stephen Curry, you are no basketball fan. To me, it was a Clutch performance by Jamal Murray.

Jamal Murray has been playing out of his mind having an impact all over the court, averaging 26 points per game, 6.5 rebounds, 62.5 % accurate shooting, 49 percent from 3 on seven attempts each game, and shooting 90 percent from the free-throw line.

Last year he had an average postseason, and he was thoroughly criticized for being inconsistent. This year was the outbreak of Jamal Murray, and he is still rolling. From an emerging star, he has turned out to a superstar for the Denver Nuggets.

This positive outbreak of Jamal is genuinely inspiring to watch. Believe me, when I say this, Jamal Murray was built differently. He didn’t shoot three-pointers in the snow in Ontario as a child for nothing. He didn’t make 30 free throws after every workout before he left the gym as Curry did.

This man was built uniquely. From being a starter to an elite scorer, he became a clutch player for the team. The whole Denver team is now relying on the grace of  Murray.

The way he is playing is similar to a younger version of Steph Curry. And if he continues to play like this, the Denver might have a shot at the NBA championship let alone the Western Conference Finals. Welcome to the rise of Jamal Murray.

So that was all for today. If you are looking for more NBA articles regarding the Denver Nuggets or Los Angeles Lakers, don’t forget to check our other items.

Philadelphia 76ers to interview candidates including Mike D’Antoni for head coaching role
Is King’s (LeBron James) age catching up to him?