Jokic and Murray’s historical performance in Game 7 against Clippers 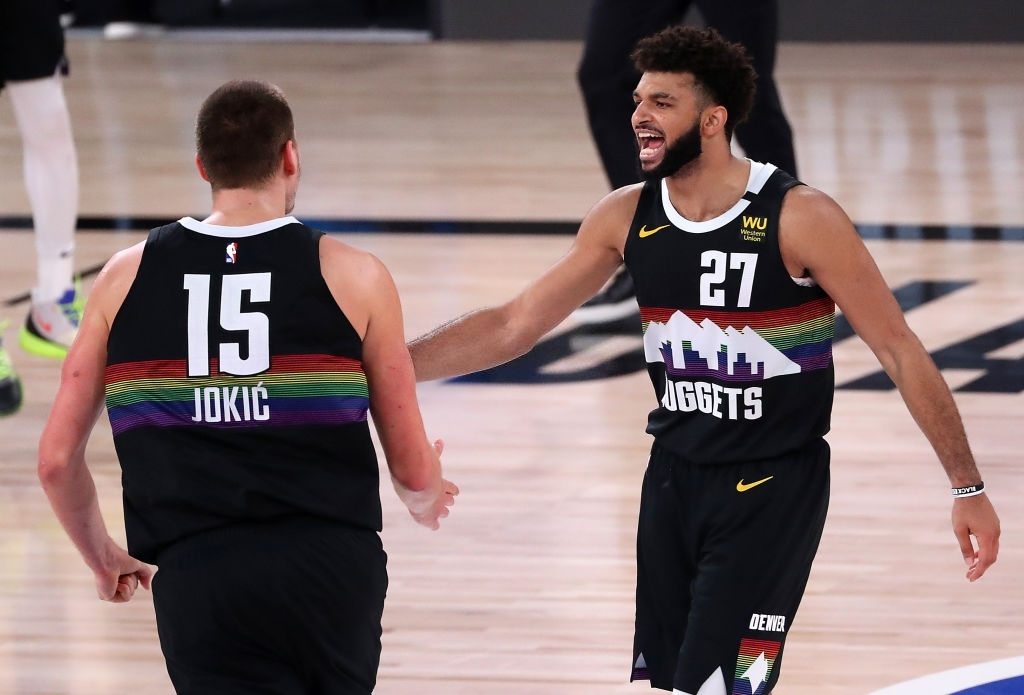 The Denver Nuggets continue making history. Thanks to Jokic and Murray’s historical Performance, they blew out the Clippers from the 2020 playoffs in a do or die game 7 elimination match.

Ladies and Gentlemen, no one, literally no one expected the Nuggets to eliminate the Clippers. Because Clippers were the favorites this year, and they were the underdog for the championship run. All the media and sports journalists- Stephen A, Max Kellerman, Skip Bayless -predicted the Clippers as the winner of game 7 against the Nuggets.

But the Joker and Co have defied all odds, predictions, and all the probabilities, and now the bottom line is this, “The Nuggets did it” they outscored the Clippers in the second half yet again and defeated them 104-89. Finally, they are in the WCF (Western Conference Finals) after eleven years now. Their two superstars Nikola Jokic and Jamal Murray, stepped up in their crucial time. Jokic had a triple-double within the first three quarters, and Jamal Murray dropped 40 points and had a 58% Field Goal average. After seeing this match, you have to agree that the Nuggets team has made their franchise history with this roster.

Earvin Magic Johnson shared his opinion on Twitter saying, “The Clippers choked again. They choked against Houston in 2015, and they choked tonight against the Denver Nuggets.”

As Magic said, The clippers choked, and they couldn’t handle the pressure. That is why, in the past 50 years, the Clippers still couldn’t be in the Western Conference Finals. Doc Rivers is the only coach in NBA history to blow multiple 3-1 series leads. 2 times with the clippers and once with the Magic in 2003.

Like the other matches in the series, the Clippers outscored the Nuggets in the first half, but it was a different story in the second half. Jamal Murray led the team to victory, dropping 40, and Jokic, as always, never seems to disappoint as he scored a triple-double, that too within the third quarter.

The two superstars stepped up big time for their team, whereas Kawhi and Paul George dropped 24 combined. Kawhi didn’t show up to be the two-time finals MVP; instead, he missed the long-ranged shots he usually makes. The only player who had a potential contribution to the Clippers team was Montrezl Harrell, who scored 20 points. Kawhi was 6-of-22, whereas Murray shot about 58% from the field. And at the end of the 4th quarter, the Denver had a twenty point lead.

The Clippers were under pressure, and the Denver could sense it. Therefore, they took advantage of the situation as they are used to dealing with such issues in a game 7. Thus the Nuggets had the last laugh, Jokic and Murray’s Historical Performance got the win. And they proved to the world that they are a strong team, and they better take them seriously.

In the Postgame Interview, Jamal addressed Shaq,  Charles Barkley and Stephen A,”We’ve been showing it. Better start giving this team some damn respect because we put in the work and we got a resilient group.”

In the interview after the match, Jokic said, ” No one believed in us, no one taught we could do it, but we believed in ourself, trusted each other and we are not accepting that someone is better than us.”

They are making records after records. Let’s look at some of the documents that they have established in this playoff run.

One thing is for sure; this Nugget team is unpredictable judging by Jokic and Murray’s Historical Performance, they are optimistic, determined, and well prepared. In the WCF, the Nuggets team will be facing the Los Angeles Lakers. Nuggets are 5-1 in elimination games in the playoffs. So this is something to look out for the Lakers because if you can’t finish the Nuggets within six, and if by any chance the Nuggets forces a game seven, then it’s over for the Lakers team and King LeBron.

If you want to know which team the Lakers preferred to play against in the Western Conference Finals, check out our other articles.

Why do the LA Clippers keep coming up short in the playoffs? A look back into their past
Denver Nuggets postseason: Will it be the best NBA playoff run ever?