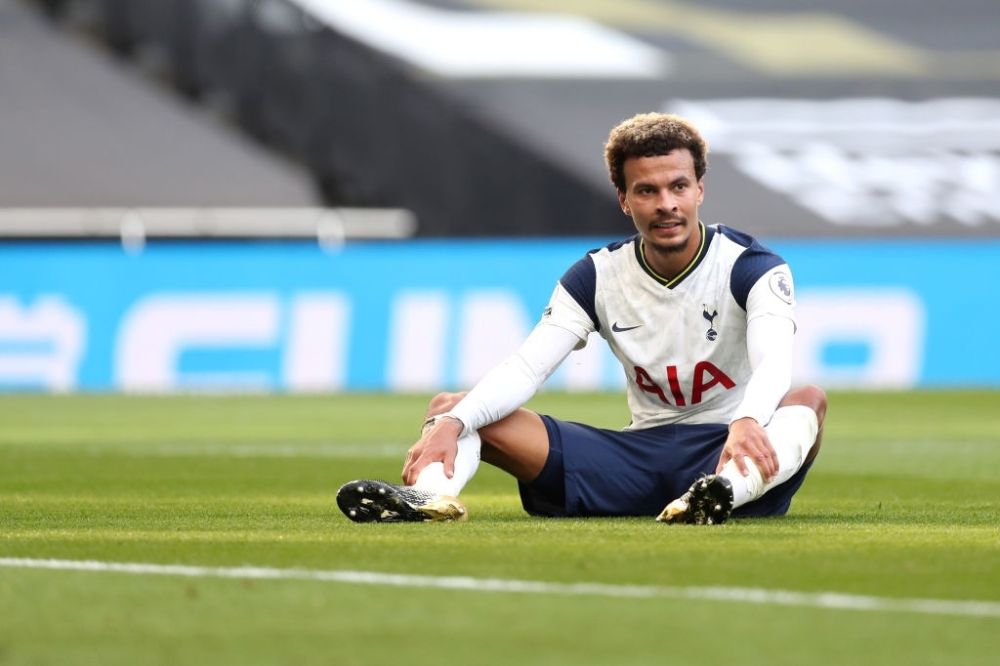 Tottenham midfielder Dele Alli has been left out of the side’s squad to face Lokomotiv Plovdiv in the Europa League, amidst speculations that he is set to depart the club.

The 24-year-old joined the Premier League side in 2015 after starring for MK Dons in League One and he shone brightly for Mauricio Pochetino, being named PFA Young Player of the Year twice in consecutive seasons.

However, things have slowly gone downhill for the England international in recent years and he has not hit the heights expected after the promise he showed in his early career.

Having hit double figures in terms of goals between 2016 and 2018, Dele Alli returned just nine and seven in the last two years and his form has seen him lose his starting spot in the England national team.

In five years at White Hart Lane, he has made 223 appearances for the Lily Whites in all competitions, scoring 62 goals and he has helped the club cement it’s status in the top six, as well as make it to the final of the Champions League in 2019.

However, it appears that his time with the club is coming to an end and the fact that he was left off the traveling party to Bulgaria lays further credence to this claim.

What clubs are Dele Alli linked to?

Real Madrid are currently favorites to land Alli and reports have indicated that he would be included in the loan deal to bring Gareth Bale to London while he heads the other way.

If he does make the move to the Spanish capital, he would have to significantly up his performance levels, as the Bernabeu crowd is notoriously infamous for giving underperforming players a short leash.

Juventus could also be interested in Dele Alli’s services, as they are currently short of numbers in midfield but it is understood that Los Blancos are in prime position to sign the Tottenham star.

Dele Alli reportedly had a bust-up with his manager

Tottenham begun their Premier League campaign in disastrous fashion, falling to a 1-0 defeat to Everton on home soil.

Jose Mourinho did not hold back in his assessment of his players after the defeat, describing them as ‘lazy’ and ‘lacking in intensity.’

The Portuguese manager is known for his no-holds-barred style of management and he took off Dele Alli at half-time in the fixture, replacing him with Moussa Sissoko after an underwhelming showing from the England man.

Reports suggest that Dele Alli clashed with his manager in light of his decision to substitute him early in the game against Everton.

However, in typical Mourino style, the 57-year-old defended his decision and maintained that there were no issues with the player.

Mourinho defended his decision to take off Dele Alli

Speaking ahead of his side’s Europa League clash in Bulgaria, Mourinho said:

“The change at half-time was not the first time in my career, won’t be the last time,”

“The last one was with Eric Dier against Olympiacos when I took him off after 25 or 30 minutes. When I do these kinds of things, I always do it for the team, not against the player.

“In some cases, the option was proven right, in some other cases proven wrong. In this case, it didn’t work. The team in the second half was not better than the first half.

“That’s my job to make decisions to try to make the best for the team when I am not happy with the performance. There is no story.

“Dele is a very polite guy. Very calm. I think he’s a bit introspective, when you think a lot about things. So I think the way he reacted was [like] Dele.

“He was quiet, was sad but in the end after the game he was just one of many. But again, I repeat, he’s a good boy. Very, very polite. Good boy, really good boy.”

It remains to be seen what the next step would be in Dele Alli’s career but with Gareth Bale looking increasingly likely to return to Tottenham, Alli’s future could lie away from the club.