Jean Todt discontented with the Reverse Grid launch proposal, sensing it can curb the uniqueness out of Formula One 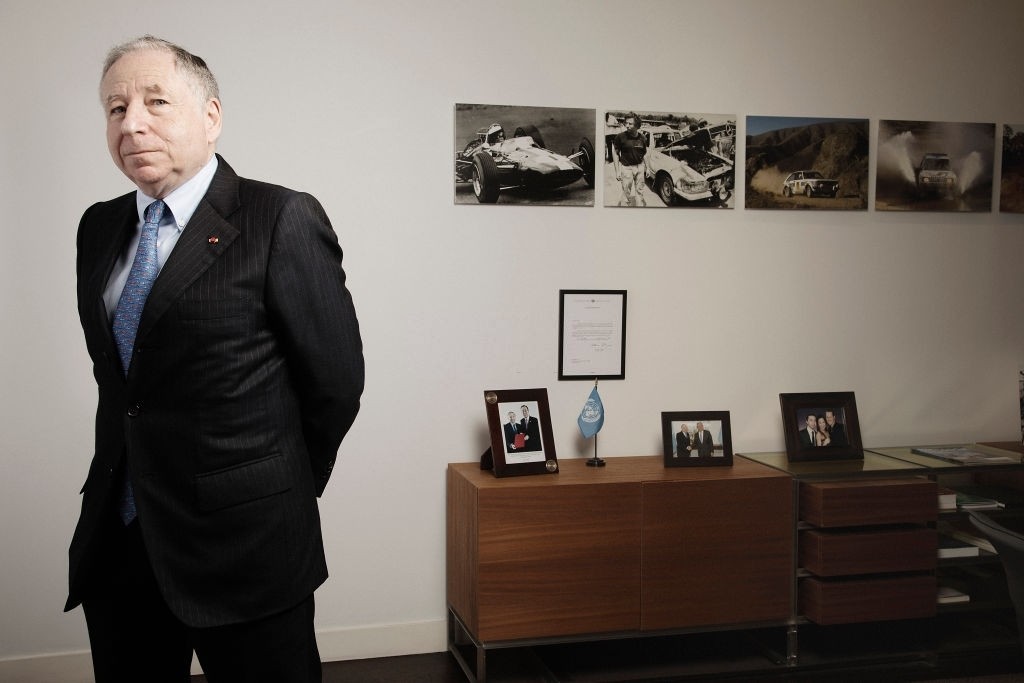 Jean Todt the present FIA President along with a few other active members in the F1 squad showed dissatisfaction with the talk in regard to the launch of the reverse grid in Formula One. Todt is a staunch believer in the original form of sporting. However, he said if the establishment of a reverse grid is what the majority of the F1 battalion wants he won’t be an orthodox believer of his own notion and theories. Instead, he will be ready to accept the new shift.

The concept of introducing a reverse grid occurred earlier this year, 2020, and is still on consideration. The act arose twice this year and failed to achieve the green flag both times since only a minority of teams were in support of it. The Mercedes team principal Toto Wolff and present Scuderia Ferrari racer Sebastian Vettel is similarly against the reverse grid induction into the sport in the future.

Toto Wolff remarked on the system of continuation of Formula One racing that should persist, “a meritocracy where the best man and the best machine win.” Further, Sebastian Vettel also added, “ If you are pushing in that direction, it’s a testimony that you failed to come up with regulations and tools that bring the field more together and make racing better on the track.”

In discrepancy the Formula One management and technical chief, Ross James Brawn stated how he saw capabilities and distinction the launch of the reverse grid might give rise to. He still wants the concept to be well evaluated by all and further be initiated in the F1 future ahead (since it ceased to operate in the last two session talk on this matter).

The British motorsports director commented, “Unfortunately, we could not move forward with it, but the concept is still something we and the FIA want to work through in the coming months and discuss with the teams for next year.”

In regard to everyone’s review, Jean Todt concluded that he himself is not in agreement with the introduction of the reverse grid in Formula One. In the knowledge of the authenticity of the racing form in F1, he believes that is what the entire audience is glued to and this reverse grid might affect the majestic charm of the sport. He also made it clear that he won’t create an issue if the act is supported by the majority.

Jean Todt cheers for power pact actions and thrill-filled races in the F1 tracks. Hence, he speculates that the adventurous form of the race might get affected by the launch of the Reverse grid. It was noticed how glad he was after the shocking win of Pierre Gasly on the weekend of Monza on 6th September 2020. He conveyed, “Honestly I don’t like that, surprises are the essence of sport, ” but “If everybody is happy, is agreeing, I will not be the troublemaker, I will support, I will give the chance.”

The Frenchman further stated after witnessing the discriminatory inauguration of the reverse grid in Formula 2 and Formula 3 last weekend, “I don’t think it’s racing, I have been, something you don’t know, a fighter, a big opponent of the reverse grid in Formula 3 and in Formula 2. Then it’s a second race, it’s on a Sunday, limited audience, I can understand the sponsors and all that. It’s only the first eight. But I don’t like it.”

He much prefers the uniqueness of the sport to be intact thus wants Formula One to avoid the installation of a reverse grid in the near future. He affirmed, “I must say I quite like the idea which was proposed, which was refused by one, too, due to the unprecedented situation, have instead of qualifying on Saturday, a race of half an hour, whatever is the order and then to have that as the order of the next race. I think it would have been interesting to see. But a reverse grid, it’s not normal, it’s not natural.” He added, “Our sport is unique. It is the man against man, machine against machine. But the machine has completely changed over time, and the world around it too.”

Todt expects Formula One to opt for the “Super Pole” set up that is followed in Formula E instead of introducing the reverse grid to the game which will further ruin the uniqueness and authenticity of Formula One. He explained, “What I like is the Formula E qualifying. It’s a sport. The quickest start first, one lap, and the track is not as good as when the last will go. I would do that in Formula 1. It’s natural. But the problem in Formula 1 people to make something change is close to impossible.”

After the Concorde agreement that has been signed earlier this year and will be effective from the next season-2021 various changes ought to take place. While in the regard to the introduction of the reverse grid in Formula One many are against the concept while few are in terms to get it on track sooner rather than later. The final decision is yet to be taken.