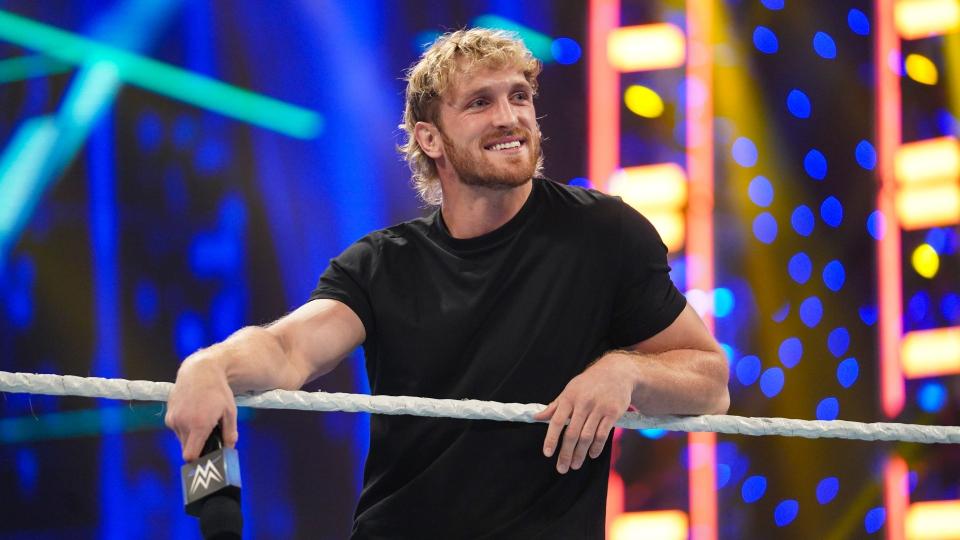 Logan Paul demonstrated exceptional ring skills and ability on Saturday night at Crown Jewel. The fight between Roman Reigns and Logan Paul was more spectacular than fans expected, as the fight was fought tooth and nail until the bitter end. Logan once again proved to his haters that why he belongs in the ring. The Maverick stated in the post-match interview, it was his best match to date.

On last Saturday, at Crown Jewel’s main event, the matchup between the tribal chief and the YouTube star took place. The fight was phenomenal, as many fans described it later on social media. Logan’s performance throughout the fight was up and down, as he dominated at times and not at others. Fans get to witness an equal-to-nail fight in Saudi Arabia.

Despite the fact that it was only the third match of the 27-year-wrestling old’s career, he displayed some incredible skills that even some of the professionals can’t match. Many former and current wrestlers were astounded by the older Paul brother’s performance this week. One of the fans’ favorite moves was jumping off the top of the rope onto the undisputed WWE champion while recording himself on a cell phone.

After the fight, the social media star was asked by many reporters for his opinion about the bout. where he replied, “So, check it out; we just came back from Saudi Arabia, WWE Crown Jewel. I faced Roman Reigns, the face of WWE, for the title, the Undisputed Universal Championship, and it was a hell of a match. It was a hell of a match. The guy’s tough. They got dragged over the barrier. It’s because they handed me the phone that I filmed myself frog splashing Roman through the table, and honestly, bro, I’ll take that L on the chin because I don’t care. I don’t care because that video was f*****g awesome.”

Although the young wrestling prospect did not win the match, but he put up a good fight. Jake, his younger brother, was also present to assist him against The Usos. Nonetheless, the fans’ reactions have prompted the fight to continue, so we may soon see a match between the Paul brothers and The Bloodline.