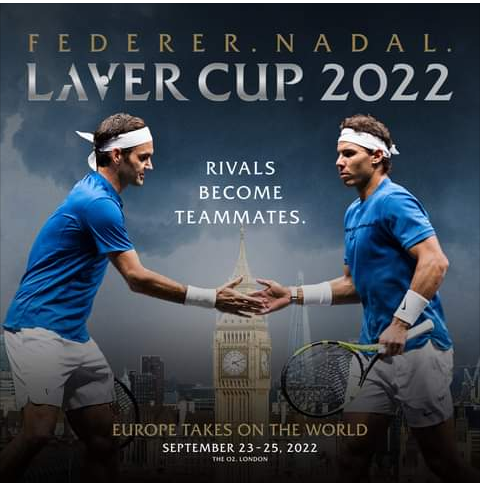 We all know, that our tennis great Roger Federer was about to retire as per his announcement few days back and the match was truly satisfying. No matter who won or lost. As we already know now, they lost, but this ‘Fedal’ duo never ceases to entertain us, amaze us, and we acknowledge them in the end.

Federer’s achievement is not something like era defining, it went well beyond the definition of the sport itself. Not only that, Federer was already a person that transcends the boundary the sport had to offer. With the retirement announcement he just sent the whole world into a sobbing mood.

But, hey we want Federer to be happy and yes by the look of him it felt so. Since, Federer announced his retirement from the sport, this has been the most anticipated match. Why would that not be? It is the last match of Roger Federer which means the last time anyone will ever see this man perform. Saddening!

The Federer-Nadal rivalry has always had every tennis fan glued to the match. With Federer quitting after the Laver Cup, all the fans were waiting for one last showdown between these two. Unfortunately, this expectation was shattered at Thursday’s draw, with Federer teaming up with Nadal in doubles.

Federer went up against Nadal 40 times, including 14 Grand Slam matchups. Their jaw-dropping showdown at the 2008 Wimbledon Final is considered one of the greatest matches in tennis history. They also paired up in the 2007 Laver Cup, defeating Jack Sock and Sam Querrey with their outstanding team up.

On the court, they may be fiercely competitive. However, outside of the court, they both have tremendous respect for each other. With Federer going into his retirement, his long-time archrival became nostalgic. For Nadal, this match would be special and extremely difficult to handle as one of the most important players in his career would be retiring after the match. Being a part of this amazing, unforgettable moment would be a historical event for him.

The 41-year-old Federer also hoped the match would be wonderful since he would be able to play alongside Nadal one more time.

At Friday’s match, this pair went up against Frances Tiafoe and Jack Sock from Team World. Although they could not win that match, Federer’s heartfelt farewell left everyone in tears, including Nadal.