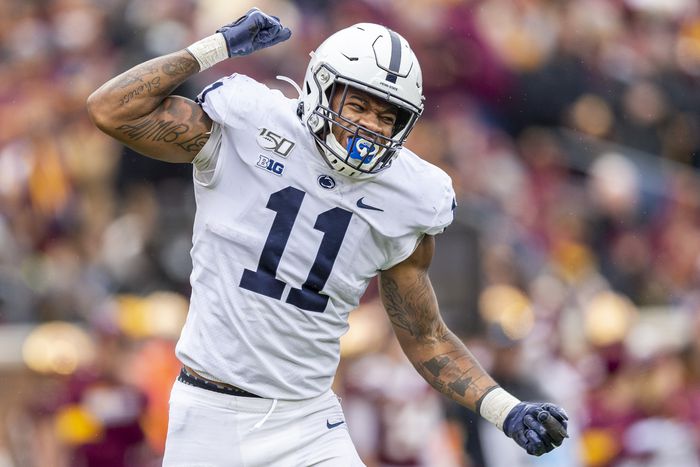 Micah Parsons, Penn State’s one of the best players, is going to opt out 2020 college football season and declared to join the 2021 NFL Draft. The AII-American and Big Ten Linebacker of the year were expected to be present in the first-round selection but unfortunately, it’s not happening soon.

The decision was conveyed to Eric Edholm of Yahoo Sports via a source who made a statement saying, “Parsons is expected to make the decision official Wednesday morning. Penn State had a team meeting Tuesday night, and multiple people close to the program are expecting him to leave barring a last-minute change of heart”

Already the game officials are expecting a large number of bright players to opt-out for this 2020 season due to the Covid-19 situation. Parsons is supposed to join the list with Virginia CB Caleb Farley and Minnesota WR Rashod Bateman for skipping the ensuing season amid pandemic.

This five-star player moved to linebacker from defensive end and has been assisting the Lions gracefully since 2018. The last game of 2019 was the best in his career with 14 tackles.

Penn State will have to consider a back-up plan for Parsons and they are thinking about Charlie Kathshir as Parsons have no possibility to change this decision for the safety concern which is quite legitimate. As not confirmed yet, Micah has to announce it officially before the Lions open practice session from Friday.