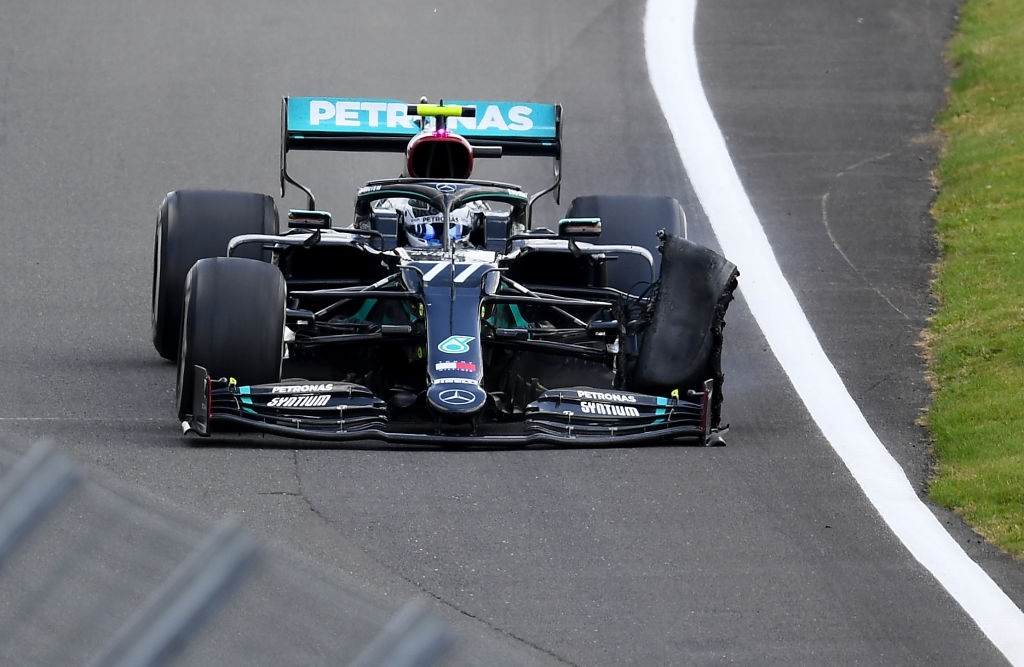 The constant tyre failures were not the consequences of just negligence from the Italian established company but mainly from the long stints covered on the hard compound in that temperature for the entire race at the British Grand Prix. The famous tyre sponsoring company is said to have manufactured the high-downforce loadings in the history of Formula One.

The Silverstone circuit has witnessed not just one tyre blistering case but three in one race. The racers being Valtteri Bottas, Carlos Sainz and Lewis Hamilton who underwent the tyre failures in the near closing laps of the race. Results being Carlos Sainz and Valtteri Bottas losing out on their entire points at their penultimate laps and Hamilton somehow managing to pace it’s way to the home.
Pirelli further discovered the reason to be the unusual long second stints that hiked up after the patrol of safety car which followed the Daniil Kvyat car crash which led to his right rear tyre getting punctured and eventually led to the final devastating tyre dramas.

Pirelli had its statement out which stated, “The key reason is down to a set of individual race circumstances that led to extremely long use of the second set of tyres.”

The second safety car period prompted nearly all the teams to anticipate their planned pit stop and so carry out a particularly long final stint: around 40 laps, which is more than three-quarters the total race length on one of the most demanding tracks of the calendar.”

What drove the motion of the race to a harsh end was the long stints stirred with the considerably the heightened and extensive tempo of the Formula One hot wheel cars the pole position this year was recorded to be 1.2 seconds faster than the previous year.

The most trying situation was when the motorists reached near their closing laps, where Bottas experienced the blister in the front left tyre the same event was then experienced by Carlos Sainz and Lewis Hamilton. The reason behind this dreadful tyre blunder was the extreme operating conditions at Silverstone.

To witness the final laps and the win, everyone had their heart held in their mouth, where there were extreme drama and nail-biting moments to capture the eyes of every spectator.

Pirelli with its final decision taken will build their tyre ‘one step softer’ with the elimination of hardest compound, the C1, and just use the compounds C2, C3, and C4 in their upcoming F1 70th Anniversary Grand Prix that will be held at Silverstone again in early August 2020. The higher minimum pressures will be heeded while mending, to forbid these circumstances from repeating again.

Retirement or a new beginning, what awaits Vettel?
F1 return has set a ‘global example’ for other sports