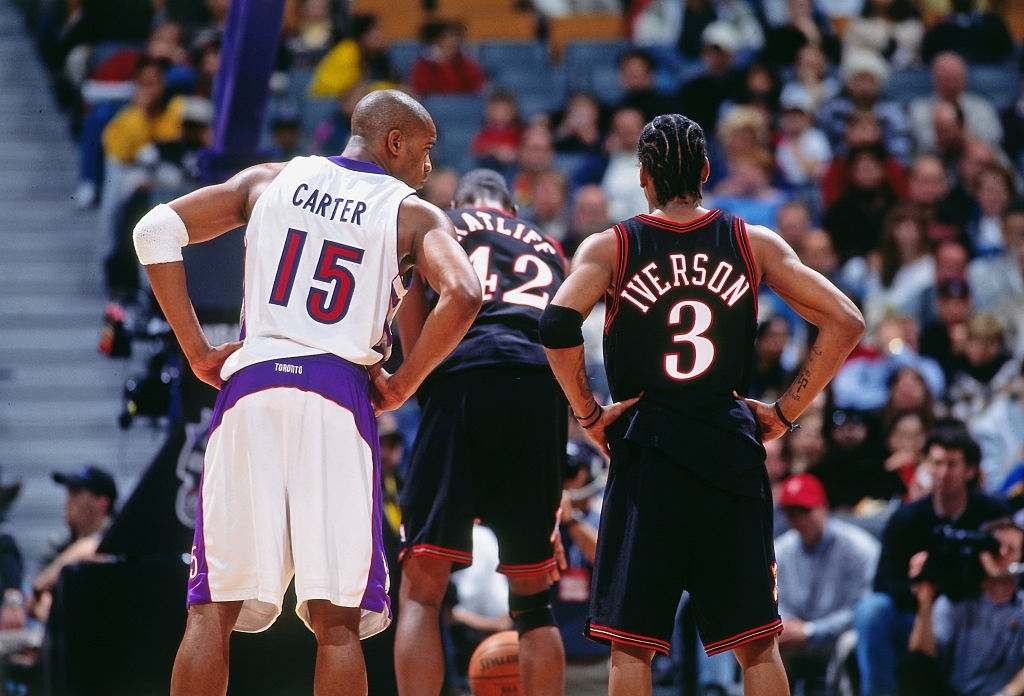 We all know Vince Carter, one of the greatest dunkers of all time. His fantastic 22 years career in NBA makes it the longest career for any player ever dribbling the ball around. His total points ranging at 25,728 lands him 19th in the NBA top scorer’s list and sits comfortably at no 2 among the Tar Heels in NBA

Carter holds a fantastic record of 1,541 games altogether that makes him stand in the third position after Robert Parish and the legend Kareem Abdul Jabbar. However, as his last season comes to a close, a surprising fact about the Tar Heel comes to light.

Allen Iverson stated that Carter is one hell of a dancer and can pull off the moves extremely well in any dance form or style. He further adds to his close mate’s newly discovered talent, “I mean, he’s like super incredible (at dancing); I don’t know if too many people know it, but the guys and the females that know Vince—know him personally—know that he’s like a top-five dancer in the whole world.”

Allen Iverson who had started his NBA career two years ahead of Carter is a close mate to the dunkster and says that Carter can dance his ass off. He pulls the standards higher for Carter by stating,” “Yeah. He can dance his ass off,” and is among the “top-five dancer in the whole world.”

Allen and Carter were transformational players during their time, introducing a whole new style into the game. Their manner of dribbling, passing and dunking brought a revolution in NBA and is considered to be a new beginning with the dawn of a new century. Both were top picks in the NBA draft and had successful college careers.

Iverson adds on to the praise for his mate by saying, “”Dude. Any dance in any style, he can do it. Whatever the young kids can do, whatever the fad is, Vince can do it… I’m telling you, man. This ain’t no bullshit. He’s incredible.”

However, Iverson isn’t just about Carter’s dancing. He also highlights Carter’s personality as a persona and his nature. He says,” “We had so many battles, but I just love Vince Carter—the person, even more than the basketball player; Just a great talent, a great gift to the world, a blessing to the fans. It was an honor to be able to compete with him and to know him off the court.”

With two All-ACC honors and second All American Team, Carter is a legend that walks off the court this season. However, we shall never lose his soul and his acrobatic dunks at the games.