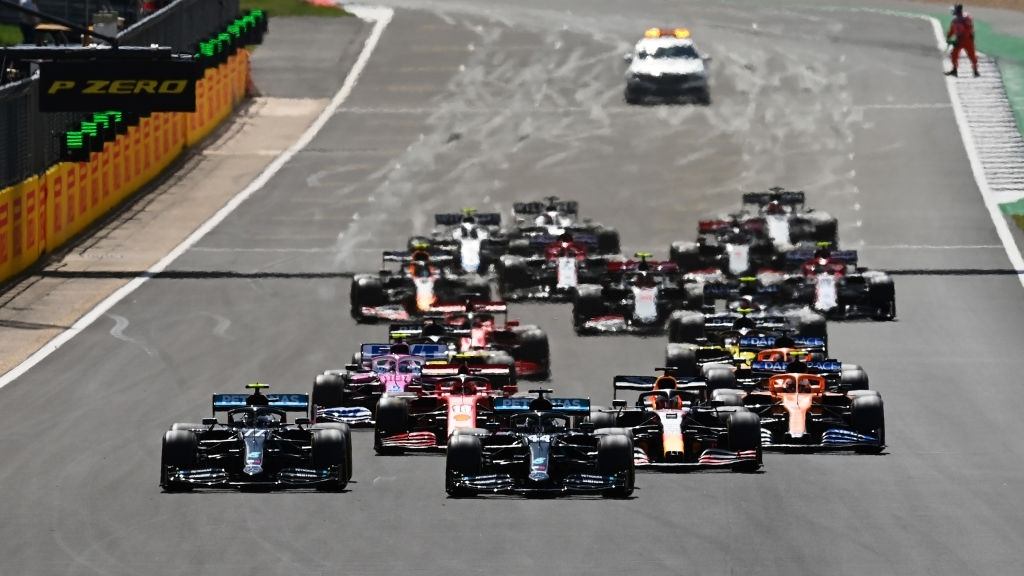 This has become an everyday incident now as the boy from London never fails to surprise. Yes, Lewis Hamilton wins over the Silverstone Circuit with his 3rd consecutive win and takes home the British GP for a record 7th time. However, the drama is a constant companion in F1 these days and Silverstone was no exception.

Both the Mercedes drivers had maintained a considerable lead over the others for the majority of the race but in an unfortunate incident, FP3’s winner Valtteri Bottas suffered a major puncture to his left front tyre. Therefore, he had to make a pit stop on his second last lap and so he lost the second position to Red Bull driver Max Verstappen and ended up in the 11th position.

Cautioned by Bottas’ puncture Verstappen made a quick pit stop during his last lap in his attempt to catch up the Mercedes driver, he eventually ended up with a 30s gap to the Londoner. Verstappen finally ended in the second position.

Hamilton had been warned by his crew not to put much pressure on the tires as they were already showing blisters and thus Hamilton squared away from pulling a fast lap. However, unfortunately enough, his front left tyre gave up in the very last lap with the World Champions car literally sweeping across the track as he drove past the chequered flag with three proper tyres.

Did that just happen… ?

Though all the racers had lined up behind the leading Mercedes drivers, Ricciardo dared to put up a shocking move to Lando Norris to grab the sixth spot. However, he couldn’t savour it for long as following this Kevin Magnussen crashed with Red Bull’s Albon and the race was brought to a pause. In an attempt to go ahead of his grid position, Kevin steered hard at the kerb but went aboard at the first apex of the Club and as Albon had rushed to his inside, they both crashed into each other.

Magnussen set into a high spin before crashing into the gravel and tearing apart the left front of his car. The safety car was called in to rescue the Haas and the race was then resumed.

Soon after the engines were back roaring, Hamilton sped past to take his lead again closely followed by his teammate Bottas and Red Bull’s Verstappen. However, the race was again neutralized by Daniil Kvyat crashing into the barriers at the Becketts. This happened as Bottas looked ahead to lessen his gap with Hamilton and thus froze Bottas’ hopes.

Alpha Tauri’ Kvyat probably might have suffered from a left rear puncture causing him to lose control over the car and he went bam into the wall at Maggots. The race was paused as the crash had strewn debris all over the track. 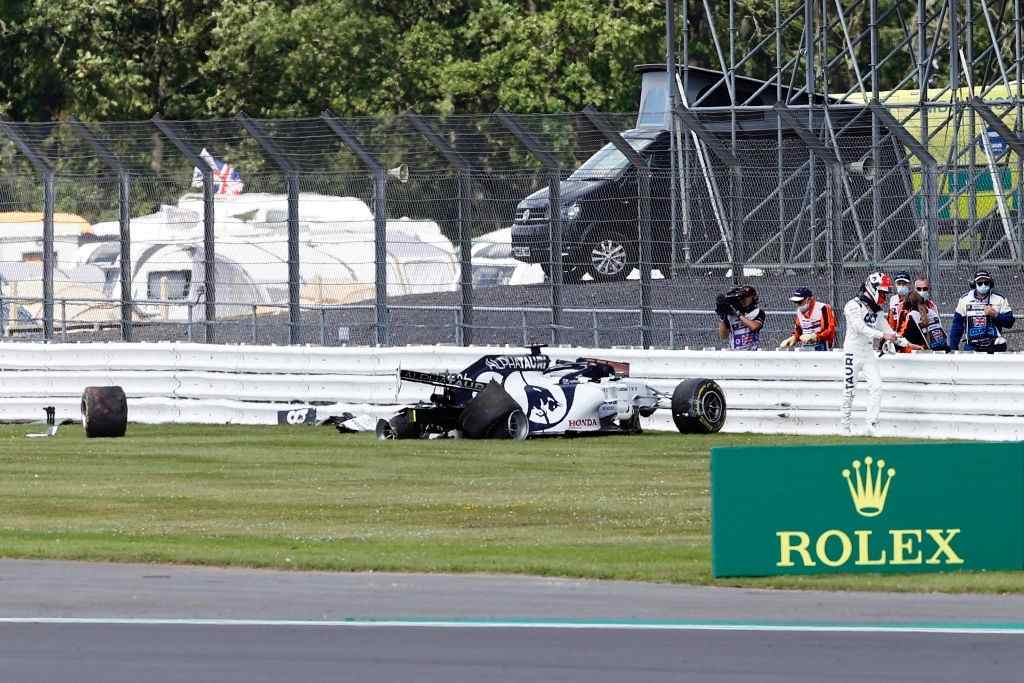 No matter how many obstacles come his way, Hamilton was determined to win and every time the race resumed, he drove clear of Verstappen and Bottas.

Once the race had resumed from the 20th lap, Bottas and Hamilton steered clear off the Red Bull driver and started lapping at 1m30s for the next 20 laps or so. Though the Red Bull driver tried to catch them, he couldn’t pull much more than a single lap of 1m29s.

And the first one by crossing the line with a puncture!#BritishGP ?? #F1 pic.twitter.com/ueDrd5BwOo

Bottas and Hamilton both were head to head for the majority of the race and looked forward to winning the race. Verstappen maintained a steady 3rd position throughout and eventually bagged a second position.

Charles Leclerc had been far from Verstappen for the majority of the race. However, after Bottas’ tyre drama, he gained pace and finished 3rd followed by Renault’s Ricciardo taking the 4th and Norris from McLaren bagging 5th. Though Norris had maintained a good lead ahead of Ricciardo since the 6th lap, he fell back at the final tour with Renault’s Esteban Ocon grabbing the 6th spot.

Gasley from Renault fought for his position at number 7 with Ferarri’s Vettel and Lance Stroll and Red Bull’s Albon secured an 8th position recovering from the crash with Magnussen. Lance Stroll finished at the 9th position and Sebastian Vettel for a dire 10th with Valtteri Bottas.

Bottas finished at the 11th position with no points for his team followed by Sainz Jr having a common ground at the tyre puncture. Shocker at British GP Hulkenberg couldn’t have a proper start to the race because of a power fault in his chassis and thus landed last.